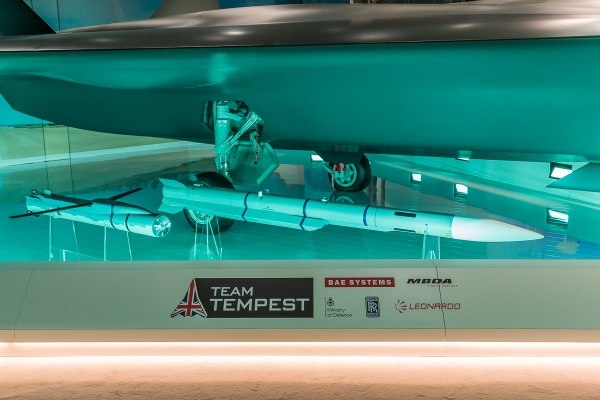 With the launch of the latest RAF air combat strategy, the government also is looking ahead to how best to leverage its combined F-35 and Typhoon force.

This effort is being lead by Team Tempest, a combination of industry and government looking at potential ways ahead for future airpower modernization.

Unlike the Franco-German FCAS program, Team Tempest is clearly engaged in leveraging the coning of F-35 to the RAF and the Royal Navy.

Britain’s biggest defense company BAE Systems has announced on 19 March that UK Government launches opportunity for the industry to collaborate on the development of next-generation air power.

The aerospace giant announced Tuesday companies from across the UK defence industry have come together in the first opportunity for suppliers to engage with the Government and Team Tempest partners over the future of Combat Air System development in the UK.

The event in Farnborough was launched by Minister for Defence Procurement, Stuart Andrew MP, and saw 300 delegates including SMEs and technology-led organisations attending to build connections and take part in a series of briefings outlining the capabilities and skills needed to shape the future of Combat Air System delivery in the UK.

The Tempest programme aims to harness and develop UK capabilities that are critical for Next Generation (NextGen) Combat Air capability and to retain the UK’s position as a globally competitive leader through understanding of future concepts, technologies and capabilities.

It is a fundamental pillar of the Combat Air Strategy announced last year, providing a catalyst for STEM generation by opening opportunities for industry collaboration on a new level. Novel partnerships will be formed where there is opportunity to contribute capability, technology or intellectual property to the development of NextGen military air capability in the UK.

“The Tempest programme guarantees the UK’s position as a world-leader in air power into the future and is a huge boost for the UK defence sector. Delivering this ambitious vision will see the MOD drawing on the innovation and creativity of the UK defence sector, which already supports over 18,000 highly skilled jobs across the country.”

“Continuing to develop Typhoon and growing our F-35 fleet provides the route to the near-term, but we must prepare for the future now. The Combat Air Strategy with its clear commitment to an enduring UK Combat Air industrial sector is important to the RAF, as it is that sector that provides daily support to our war fighters.”

“The stand-up of the Combat Air Acquisition Programme, to replace what is currently delivered by Typhoon is recognition that we must start now if we are to deliver a coherent and continuous capability in the future. The Future Combat Air System Technology Initiative is the practical embodiment of the enterprise today, and the £2Bn investment demonstrates how seriously we take the challenge.”

“The UK’s future Combat Air capability is essential for our national security and the long-term health of the UK defence industry.”

“It is great to see Team Tempest reaching out to the wider UK industry and ensuring this important project is a genuine national endeavour. The UK has world leading capability and a diverse range of businesses with the experience and expertise to support this important work.”

“ADS is delighted to host today’s event and look forward to contributing to this fantastic project in the months and years ahead.”

Hosted by Team Tempest (a co-funded technology initiative bringing together the Royal Air Force Rapid Capabilities Office, Dstl, DE&S, BAE Systems, Rolls Royce, Leonardo and MBDA) and facilitated by ADS, the event offered a briefing for UK industry to better understand the Tempest programme and its role in supporting the UK MoD’s Combat Air Strategy and was followed by a separate, classified briefing.

The event presents an opportunity for a joint Government and industry approach to meeting the strategic intent of the UK’s Combat Air Strategy in a novel manner. The UK is already a world-leader in the Combat Air sector, with a mix of skills and technologies unique in Europe, supporting over 18,000 highly skilled jobs. The sector delivers a turnover in excess of £6bn a year and has made up over 80% of defence exports from the UK over the last ten years.

The event today has set into motion a series of discussions to develop the right capabilities, the right technologies, and the right level of agility and collaborative working to meet the demands of this future acquisition programme, delivering a prosperous and sustainable sector.