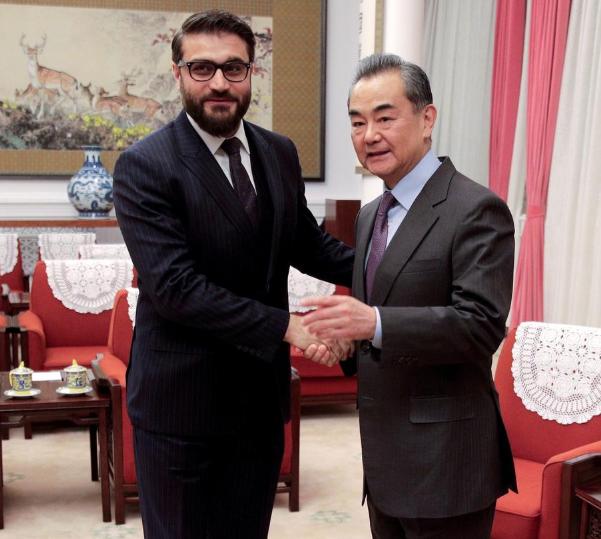 Defense.info has been publishing a series on the critical strategic significance for the US and its allies of ending the Forever War approach.

There is a clear need to define victory, however defined in Afghanistan, because opportunity costs are being squandered in not building forces to deter and if necessary defeat the PRC and Russian growing tactical and strategic threats.

Both Russia and China are adversaries making clear and present threats against US and Allies and are a legitimate order of magnitude theat greater than the side-show Afghan engagement.

In furthering, our Defense.info research on stopping the Forever War in Afghanistan I attended a presentation at the Hudson Institute;

The Future of U.S.-Afghanistan Relations: A View from Afghanistan

At around the 36+ minute mark, Ambassador Mohib the current Afghanistan National Security Direct makes a very astute point that “There are good deals and bad deals.”

He then goes on to explain cost reductions to take the war from around $45 Billion to $6 Billion plus what additional the US wants to spend.

He breaks it out to $2 billion in direct counterterrorism efforts plus NATO coming in yearly at $ 4 Billion.

The remarkable fact was that all of a sudden in public the cost of the “Forever War” Afghan War was dramatically reduced by around $40 Billion..

I suspect it is not a coincidence that when Prince put his vision and costs in play at $5 Billion the Afghan Government suddenly reacted to discuss around a $40 Billion reduction.

The sad part of the presentation at Hudson was nowhere in the discussion  a real definition of victory was presented.

Rather one can listen and decide if it is a much more a process presentation about the endless war, than about termination of the process.

One would think that the Taliban knows exactly what their version of victory looks like.

Consequently, it actually caught me by surprise that there was little discussion of what victory and defeat are looking like in the real world, without an endless process for an endless war.

Frankly, the Russians and Chinese could not draw up a better way to defeat the United States than watching the US continue down the rabbit hole of Afghanistan.

Also, in the “Peace Process” discussions during the conference, the focus moved to a desire to bring the Taliban to justice.

And the concept of justice encompassed justice as well for those killed in airstrikes.

Currently the word “justice” now looks like the Afghan top leaders have a shifting scale at the highest levels of allowing for both revenge and reparations.

At a little over the 1 hour mark, I asked the first question about Erik Prince’s plan.

I sincerely appreciated his blunt candor, because it is always good to identify opposition and their arguments in public so my effort was worth it.

He said he declared Erik Prince PNG when he became NSC Director and after in my professional judgment an emotional riff took virtue signaling to a new international level—-no business for killing.

I could have asked him in a follow up how he felt after about the Flying Tigers but I did not.

Later during the remainder of his DC visit, the Afghan NSC Director had a remarkably counter-productive moment that will go down in history on what not to do.

In fallout from a feud over US-Taliban peace talks, a senior US diplomat has told Afghan President Ashraf Ghani that US officials will no longer deal with his national security adviser, four knowledgeable sources said on Monday.

In addition to insulting the Administration by attacking President Trump’s special representative Zalmay Khalilzad, Ambassador Mohib commented on the sacrifice made by our Troops.

“On a visit to Washington, Afghanistan’s national security adviser, Hamidullah Mohib, charged that any U.S. deal with the Taliban would “dishonor” American troops who have fought and died in the war.”

He is  metaphorically standing on the graves of our 2,216 lost in the Afghanistan “Forever War” to cynically use them is beyond shameful, and, with President Trump in office, a truly flat out idiotic position to take.

Before using our sacrifice for his agenda. Mohib should show some gratitude for the great sacrifice in money and lives American’s have given.

This entire end game process reminds me of my first war that ended very badly.

As a Naval Academy graduate and USMC Officer in uniform from 1965 to 1975, I was very junior living through end game Vietnam.

The late LtCol Bill Corson, in my first war, wrote a famous book capturing the famous line of “truth to power” that resonates to this day;

The book, “The Betrayal,” argued that the Saigon government supported by Washington was corrupt and incompetent and that it was perceived by ordinary Vietnamese as being as much of a threat to their well-being as the communists.

“The peasant sees that we are supporting a local government structure he knows to be corrupt,” Corson said in a July 1967 interview with The Times, “so he assumes that we are either stupid or we are implicated. And he decides that we are not stupid.

Here’s the blueprint for Erik Prince’s $5 billion plan to privatize the Afghanistan war: