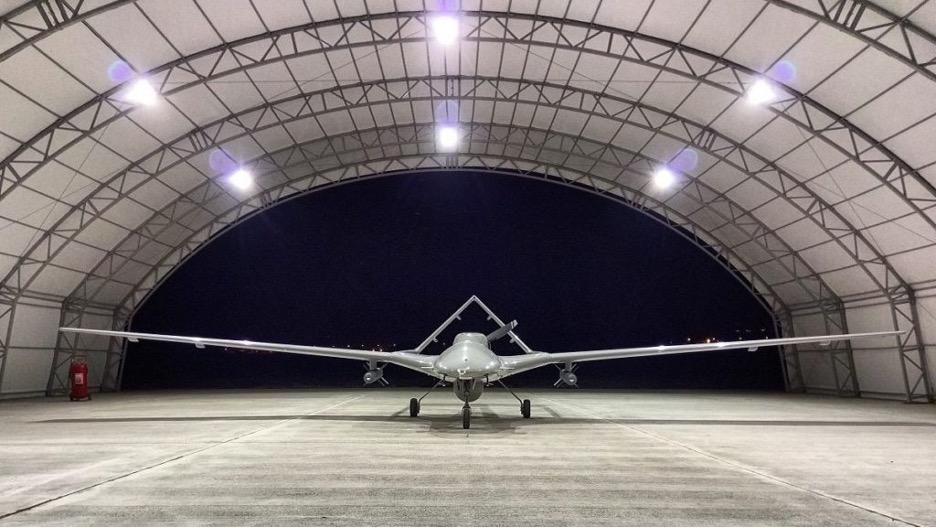 What is the relevance of recent operational developments in Nagorno-Karabakh to the Indo-Pacific theatre and, more specifically, the Australian defence strategy to ‘Shape, Deter, and Respond’ to an increasingly sophisticated and diverse range of threats to our national interest?

On December 10 2020 the president of Azerbaijan and the president of Turkey stood together as they observed dozens of captured Armenian military platforms parading through the streets of Baku. The short-lived Nagorno-Karabakh conflict was a disaster for the Armenians, with key territory lost in the disputed border region with Azerbaijan.

The central pillar of success for the Azeri-led forces was the employment of unmanned aerial systems (UAS) and loitering munitions which nullified Armenian air defences and dominated the battlefield. Armenia had not adequately invested in either of these capabilities and suffered the consequences.

The Nagorno-Karabakh conflict has demonstrated that the airspace above the modern battlefield is becoming more contested and congested with unmanned systems – and most defence forces around the world are taking note.

Armenia and Azerbaijan both have legacy integrated air defence systems (IADS) modelled on Soviet doctrine, therefore both sides were aware of their respective capabilities. Armenia had neglected air defence modernisation since the previous conflict, relying on the purchase of a small number of advanced (and expensive) Sukhoi fighter aircraft and capable Tor (SA-15) SAM systems.

Armenian ground-based air defence primarily consisted of legacy surface-to-air missile (SAM) systems such as the SA-4, SA-6, SA-8, and SA-10 systems which were not optimised to target UAS and loitering munitions. Azerbaijan, conversely, had invested in modern and proven Israeli air defence systems such as the Barak 8 which could deal with the UAS and loitering munition threat.

Fighter aircraft on both sides were largely negated by geopolitical considerations and the density of ground-based air defence systems. There was a notable lack of fixed-wing and rotary-wing operations during the conflict, with a small number of losses reported by the Azeris as they attempted to fly over the battlefield.

To add further complexity to the air environment, the Russians maintained a forward deployment of MiG-29 Fulcrums at a Russian base in Armenia, and Turkish forces were reportedly operating F-16 Fighting Falcons in Azerbaijan. This geopolitical stand-off in air power, combined with the legacy Armenian IADS, provided a conducive airspace above the battlefield for Azerbaijani UAS operations and loitering munitions.

The Azeri use of loitering munitions such as the Israeli Harop drone, which is optimised to focus on radar targets such as SAMs, significantly stressed the Armenian air defences by targeting SAMs foolish enough to radiate their radars. Azerbaijan attempted to use AN-2 COLT biplanes, installed with remote control systems, to fly into Armenian territory to stimulate the air defences to reveal their locations. But Armenian forces were alert to this strategy, seeking instead to target the biplanes with MANPADS rather than using, and potentially losing, a SAM system as a result.

This asymmetric method of employment demonstrated the Azeri goal of removing key Armenian air defence threats, such as the capable SA-10s, to create a permissive environment for UAS operations.

The density of Azeri armed UAS assets overwhelmed the Armenians, to the point their capable SA-15 systems were pursued and targeted. In effect, Azerbaijan had achieved de facto air superiority over the battlespace, rolling back the Armenian air defences and allowing their UAS to then focus their attention on the fortified Armenian defensive positions.

The delta between Armenian and Azeri UAS proficiency was profound.

But the Turkish assistance to Azerbaijan cannot be understated, with significant experience gained in Syria and Libya proving invaluable. The TB-2 UAS became known as the ‘Pantsir Hunter’ in Syria and Libya, after demonstrating the ability to effectively target the sophisticated Russian-designed SA-22 air defence SAM/gun system.

Conversely, the Armenian experience with UAS operations during the conflict was limited at best, with employment of the Russian Orlan-10 UAS primarily for Intelligence, Surveillance and Reconnaissance (ISR) missions.

The strategic messaging from the weapons system videos provided by the Azeris in the public domain was pervasive. The destruction of an advanced SA-10 SAM system by Harop drones demonstrated great value for money for the Azeris, and a corresponding erosion of confidence for the Armenian population. Azerbaijan even released a rock music video during the conflict, designed to bolster domestic support, with a rolling display of military power including the launch of Harop drones from a truck launcher.

Armenian morale was further eroded by the significant loss of territory in the disputed region. The strategic effect post-conflict eventually led to the Armenian military leadership demonstrating a public lack of confidence in the Armenian PM and an attempted coup in early 2021.

Overall, this scenario demonstrated the power of synchronising weapons effects with information operations, with proliferation across social media platforms to shape the strategic narrative.

The extensive use of cheaper and plentiful UAS and loitering munitions during the Nagorno-Karabakh conflict has provided useful lessons for the Australian Defence Force in terms of defending against these systems and our own ability to operate them.

Firstly, Australian investment in integrated air and missile defence – particularly through the LAND 19 Phase 7B Enhanced NASAMS – needs to cater for the UAS and loitering munition threat. But acquiring advanced, yet limited numbers of missiles for a diverse range of targets will pose a significant challenge to magazine depth.

Notably, the US Army has recently deployed the M-SHORAD system to Europe after rapidly accelerating the development and acquisition of the capability. The system consists of a Stryker vehicle body, with Stinger missiles, and anti-aircraft guns integrated with a Leonardo DRS mission system.

Importantly, the turnaround from urgent requirement to testing was just 19 months, highlighting the importance that the US DoD has placed on this capability. Future variants will include a direct energy weapon payload.

As Marcus Hellyer from ASPI has rightly pointed out, ISIS in Iraq had employed submunitions from a drone well before any ADF UAS.

The LAND/SEA 129 series of Tactical UAS projects are not seeking to employ weapons, leaving the AIR 7003 MQ-9B SkyGuardian as the only armed UAS currently planned for the ADF. The 2020 Force Structure Plan indicates that Air Force will seek to acquire advanced loitering munitions for the air combat program, but funding for this capability does not commence until 2025 onward and is likely tailored to air-launched munitions.

Overall, development of autonomous systems will place a greater emphasis on cost-effective unmanned systems in the future, adding further complexity to the future operating environment. As demonstrated in the Nagorno-Karabakh conflict, defending against cheap, plentiful systems is not easy to achieve – multi-layered air defence systems that have both magazine depth and survivability are required.

The ADF needs to both consider and exploit these growing and demonstrated capabilities – and be prepared to defend against them. A strategy lead approach through our requirements to ‘Shape, Deter, and Respond’ is a good starting point, with key lessons identified and learned from Armenia and Azerbaijan.

The article was written by Rodney Barton.