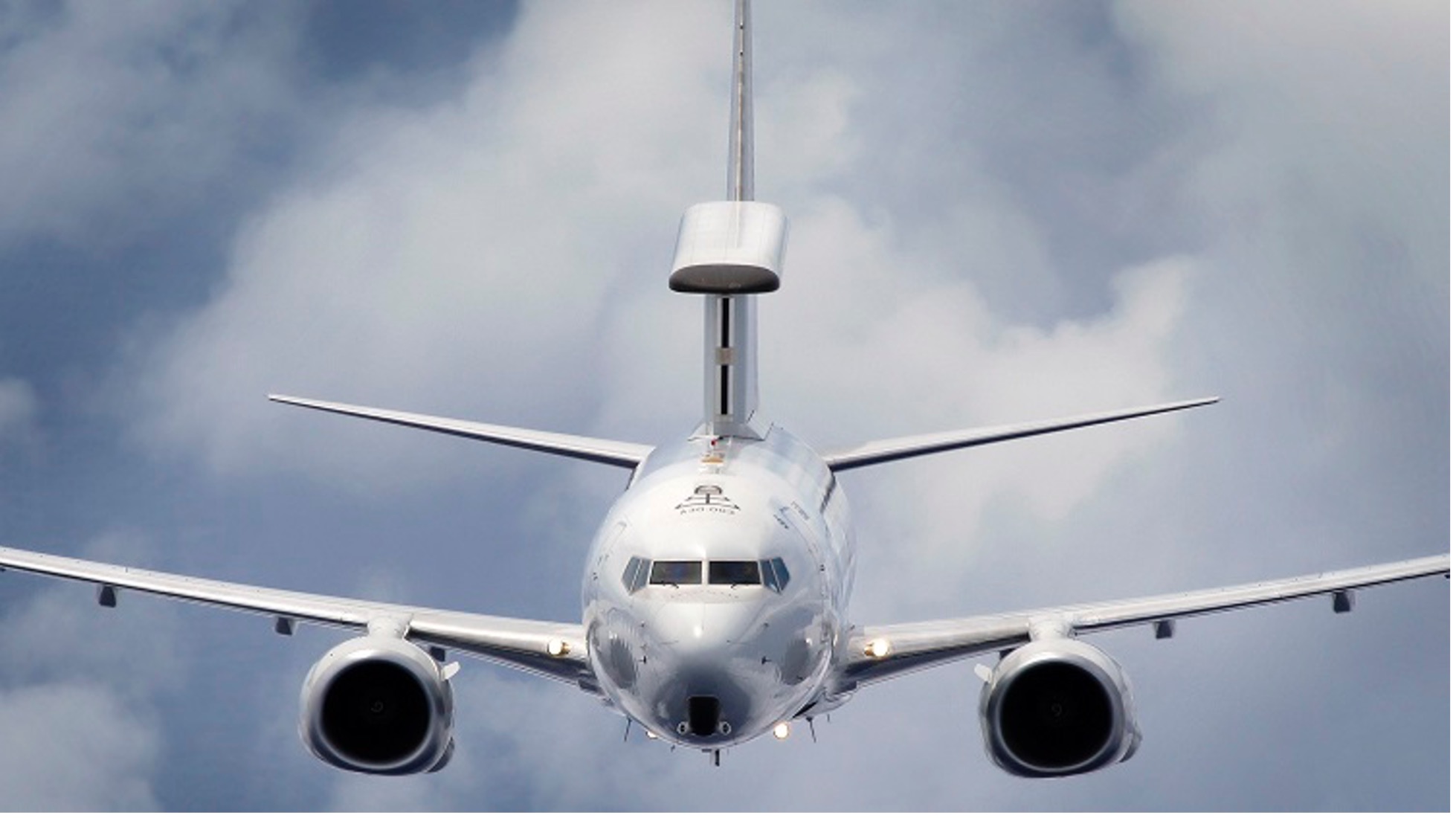 During the recent Exercise Arnhem Thunder, RAF crew members included an aircraft captain and a senior surveillance and control officer – the two most senior roles on board the aircraft – for several missions, working with aircraft such as the F-35A, F/A-18F, and EA-18G.

The RAF has placed key personnel on exchange with the RAAF’s E-7A fleet at Williamtown near Newcastle, as it prepares to take delivery of three planned Wedgetails AEW Mk.1s of its own to replace the E-3D Sentry from 2023. The first RAF aircraft is currently being modified from a 737-700 BBJ at Birmingham in the UK.

“It’s a great opportunity to gain E-7 knowledge and experience with the ADF, which will prove invaluable to the introduction of the UK’s E-7 and show the benefits of working closely with allies,” RAF Flight Lieutenant Chris Tomlinson, a former E-3D Sentry pilot, said in a release.

“The aim of my Wedgetail exchange is to soak up as much E-7 pilot experience as possible, to gain knowledge on the platform to help facilitate decision-making for the program team back in the UK, and to gain experience to impart to Wedgetail pilots and crews on my return to the UK,” he added. “I anticipate my role to include flying test and evaluation sorties during the E-7’s introduction to service, instructing pilots on how to fly the UK variant, and providing advice to the program as it grows and develops.”

“Newcastle is a great city with the most spectacular scenery and a lively yet relaxed atmosphere, and 2SQN has an innovative and enthusiastic feel with aviators and support crew who are passionate about what they do,” he said.

“I’ve learnt so much and work alongside some of the most welcoming personnel I could wish to do so. I feel very grateful for the opportunity and for the efforts of the Australian E-7 community in teaching me all that is Wedgetail.”