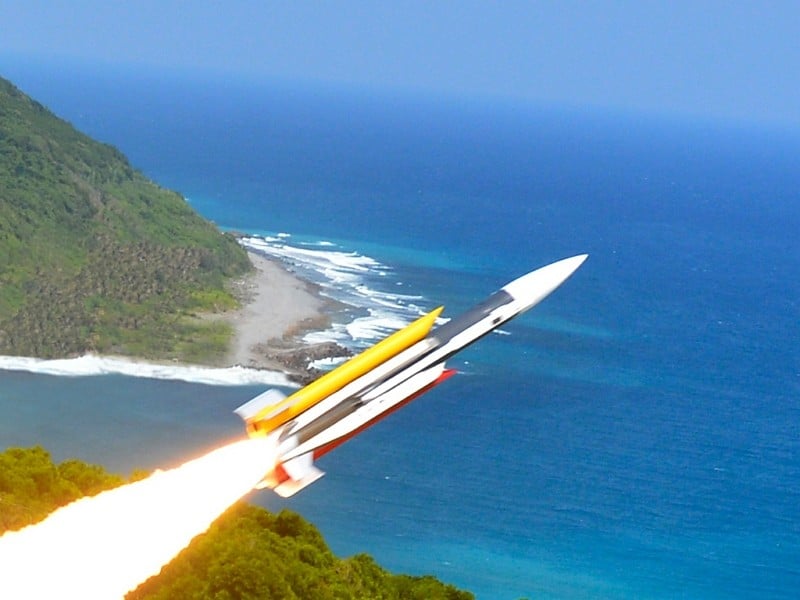 There is little doubt that these capabilities are to deter China.

This layered deterrence is all the more crucial as China’s conditional ‘no-first use’ nuclear doctrine does not apply to territories China considers its own among which Taiwan is one.

There is little doubt that Taiwan would focus on asymmetric capabilities to counter China among which deep strike missile capabilities are one.

About twenty missiles were to be under production at the moment along with ten mobile missile platforms.

The missile was been developed by the National Chung-Shan Institute of Science and Technology (NCSIST).

The decision for mass production was a combined decision of the NCSIST and the Ministry of National Defence (MND) Taiwan.

Though the missile has a range of 1200km, its range could be extended to a range of 2000kms capable of reaching of China, in fact can target Beijing too.

Though the technological details regarding the missile system is limited, there is no doubt that Taiwan’s indigenous missile development program has taken significant leap.

Cruise missiles are one of the best suited weapon systems for destruction of military airfields and supply depots, thereby could make it difficult for Chinese military to strengthen credible conventional combat prowess in times of crisis. Chinese President Xi Jinping also pledged for complete ‘reunification’ with Taiwan causing more concerns in Taiwan.

In addition, tensions over Taiwan Strait are not new.

Not just this, Taiwan also has territorial claims in the South China Sea.

Taiwan’s developments in the Taiping Islands would not be viewed by China in positive stead.

Taiwan also is in jurisdiction of the Pratas Islands in the South China Sea and many analysts fear that in times of crisis, China could resort to occupying such islands for a strategic victory rather than directly attacking Taiwan.

In fact, in October 2020, a Taiwanese airplane flying from Kaohsiung with supplies to Pratas Islands was warned by Hong Kong air traffic control to refrain from entering Hong Kong managed airspace.

In future, China could resort to ‘denial mechanisms’ to prevent Taiwan’s influence in the Pratas Islands. In June this year, twenty eight Chinese warplanes like bombers, fighter jets, surveillance and reconnaissance aircraft performed sorties through the skies around Taiwan and some of them flew close to Pratas Islands.

Cruise missiles are the most cost effective options and are capable of evading enemy defence systems.

The photo is credited to this source: