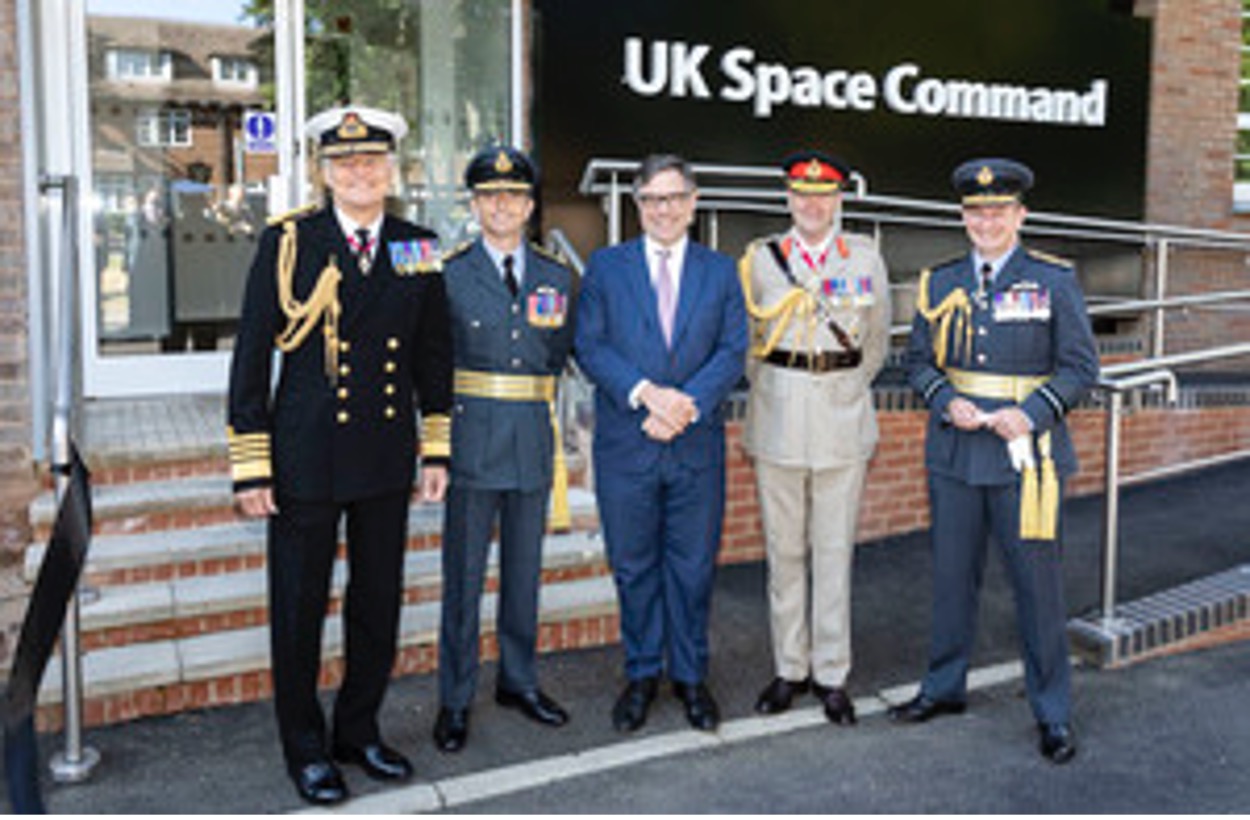 Space plays a vital role in the Armed Forces ability to undertake the majority of defence tasks, with any disruption to the space domain leading to significant consequences on civilian, commercial, economic and military activity.

The stand-up of Space Command is a crucial step to ensure we protect UK interests in space and builds on the commitments outlined in the Defence Command Paper, to invest an additional £1.4 billion on space over the next 10 years. The ability to operate in Space is further enhanced by an increase in Defence funding of £24 billion over the next four years, as announced by the Prime Minister last year.

As our adversaries advance their space capabilities, it is vital we invest in space to ensure we maintain a battle-winning advantage across this fast-evolving operational domain.

The stand-up of Space Command is an exciting and important step in our commitment to operate in space effectively.

Under the leadership of Air Vice Marshal Paul Godfrey, the Joint Command will have oversight of all space capability development in the Ministry of Defence across three main areas; Space operations; Space workforce training and growth; and Space capability to develop and deliver space equipment programmes.

When at full operating capability, UK Space Command will provide command and control of all of Defence’s space capabilities, including the UK’s Space Operations Centre, RAF Fylingdales, SKYNET and other enabling capabilities.

After the newly refurbished headquarters were officially opened, the Chief of the Air Staff, Air Chief Marshal Sir Mike Wigston, presented the first eight personnel with the new ‘Space Operator’ badges, which signify the excellence of space professionals across defence. Six members of the Royal Air Force received the badge, as well as a British Army officer, and an exchange officer from the United States. The design is based upon the Airborne Specialist badge and features a single silver angled wing and a blue laurel surrounding a delta, an orbit ellipse and a constellation of stars representative of Aries, as UK Space Command was formed on 1 April which equates to Aries in the celestial calendar.

The space domain is vital, not just in enabling military operations across the world, but in the day to day lives of everyone across the nation.

With our new headquarters officially open, UK Space Command is now on the path to lead UK space operations to protect UK and allied interests in space.

UK Space Command will work with UK Strategic Command and the Defence Science and Technology Laboratory drawing on key expertise from across Defence to ensure multi domain integration across environments.

UK Space Command carries the UK’s commitment in the Combined Space Operations initiative, which comprises of seven nations: Australia, Canada, France, Germany, New Zealand, UK and the US. The initiative seeks to improve cooperation, coordination, and interoperability opportunities in space, with main efforts focussed on ensuring a safe, secure and stable space domain.

This article was published by the UK Ministry of Defence on July 30, 2021.