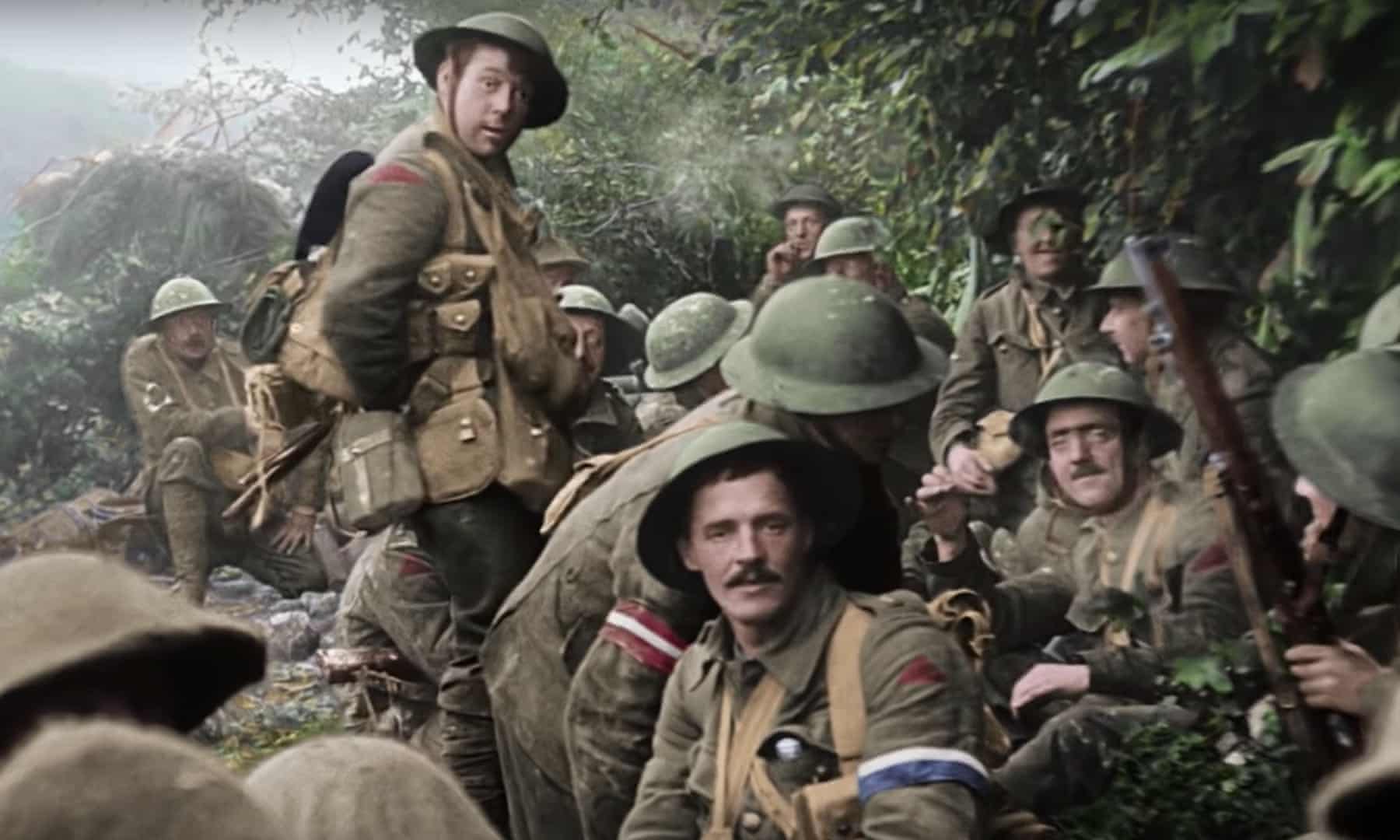 I am London on my way to Berlin to attend the international fighter conference.

Because I was here in London, I had a chance to see the remarkable film by Peter Jackson and his team which provides a unique look at the First World War.

It was previewed appropriately on Armistice Day, and unlike the Western leaders in Paris who seemed to show up more to make political points than to honor those who fought in the two world wars, Peter Jackson and his team provided a real remembrance event.

The team has put together restored film, audio tracks from interviews with World War I veterans, and introduction where possible of the words being spoken in the films (via lip reading techniques coupled with actors voices) and the experience is very clear — you get a sense of who these people were and how they lived through the war and came out of it.

As Jackson put it in an interview, our interpretation from the outside is how this war was necessary and a meat grinder for those who fought in it.  Although much truth is to be found in that view, it has nothing to do with the perspectives of those who fought in that war.

What Jackson has given us is a precious gift in the study of history — he put us back in the historical horizon of those who lived the era, rather than providing later generation’s views, which have little to do with what created history in the first place.

And what came through was a clear sense of excitement at the beginning of the war, and as the war went on, the camaraderie of those who fought it.  The war created a sense of community among the soldiers and that sense of community kept them going during the war, but also set in motion the core problem that would affect them when they came back.

No civilians at home could grasp their experience nor share their comradeship.

And when unemployment and displacement faced the returned veterans, alienation was a core problem. After the economy recovered and veterans began to be integrated into the civil economy, the Great Depression came and dislocated the war generation yet again.

One can better understand as well the run up to World War II.  The experience of losing a million men fro the UK and the British empire certainly would not make one enthusiastic to take on the Nazis in the 1930s by taking military actions of virtually any sort.

But one also grasped what the experience might have been for Hitler as a young soldier in World War I. Having shared deep comradeship with his fellow soldiers and then thrust into a society which did not care and then when the Great Depression came, the ability to draw upon the comradeship experience gained in World War I provided him with a ready audience who had already experienced the kind of comradeship which the Nazis then projected into their movement.

It is a powerful film because it allows you to share an historical experience, without being lectured to and told what you must think about the experience.

You just experience it.