They and all their High School Classmates who joined the fighting Navy, whereever they served, were quiet heroes all.

William “Bill” Porcelli was my wife’s father and Robert “Bob” Maurer was my step-father.

My father who served his career in the Navy’s submarine community had died young at age 44 of inoperable brain cancer.

Both Bill and Bob went into the WWII Fighting Navy right out of High School.

When the war ended they used the GI Bill to go onto making a very impressive contribution to American society.

The most impressive part of their lives was putting the war behind and having a lifelong loving focus on their families as reflected in the two tributes recently published.

Mary Jane and Bill Porcelli were active members of St. Barnabas Parish for more than 40 years, and we had the pleasure of being their neighbors on Seeley Avenue since 1973.

They were warm and welcoming. The four Porcelli children were mostly well-launched when they moved to Seeley Avenue in 1967, having lived in South Shore for their earlier years. They were empty-nesters and grandparents. Mary Jane and Bill quickly wove into parish life, and also became active in the Beverly Art Center, the Southwest Symphony and The Beverly Tennis Club. They were committed to engaging the resources of the neighborhood.

Bill, an engineer and attorney, was truly a “Renaissance Man.” He held degrees from IIT, Loyola University and the University of Chicago. Not only was he an excellent and well-practiced violinist, but an award-winning artist, having taken classes at the Art Institute of Chicago and the Beverly Art Center. Mary Jane was a devoted mother, grandmother and a thoughtful and helpful neighbor, always open and embracing. Both she and Bill played bridge and were accomplished tennis players.

As a young mother with two little ones I had to have a serious surgery which left me quite disfigured, not noticeable but difficult to deal with. Our family and neighbors were very supportive. Mary Jane had just finished and expert tailoring class where she had made herself a gorgeous camel wool suit. She brought it to me in a big gift box. It fit perfectly, and I loved it. It truly was a “healing garment” and jump started my recovery and self image.

This was a remarkably generous gesture! Mary Jane and Bill were strong, caring Christians and enveloped family, friends and neighbors with fun loving activities. They served on committees, were always reaching out to others in need, and hosted delightful dinners and parties in their home.

They were the highly rated photographers and dessert bearers at our yearly block-party. In their later years they fortunately sold their home to a wonderful young couple and relocated to Smith Village in 2008, to reduce some of their daily demands. They loved their years there, and it was wonderful to visit them. They stayed current and keenly interested.

In 2016 they felt it wise to transfer to a health care facility near their daughter Debbie who lived in Indianapolis. Mary Jane needed assisted care. Bill was still engaged in all of his artistic endeavors, but now from a wheelchair. This was a challenging move because they lost track of so many of their friends from Chicago.

Surely, they are very happy together now, and their long-lived life echoes a beautiful chorus of family love, parish grace and wonderful example. Their four children certainly miss them, as do all of the neighborhood people who speak of them so fondly.

My husband Frank and I learned much from the fine example of Mary Jane and Bill Porcelli, and will always be grateful for their presence in our lives. Peggy Harmon.

Born in Uhrichsville, Ohio, he was the son of the late Eugene and Mary (Finnical) Maurer.

Mr. Maurer served in the United States Navy as Communications Technician during World War II, from 1943-1946.

Robert earned his B.S. in geology, from Ohio State University and later went on to earn his PhD in geology from the University of Utah. 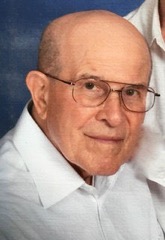 Robert worked most of his life as a teacher and geologist. He first worked as a professor at Westminster College in Salt Lake City, Utah for 10 years, and then moved to Oswego, where he was a professor of Geology at SUNY Oswego for 27 years. He also worked for Texaco in oil exploration.

Robert loved watches, and studying minerals and rocks. He also enjoyed reading, especially books on world history and biographies. He enjoyed the outdoors and loved camping and hiking. He was a member of the Geological Society of America.

In addition to his parents, he was pre-deceased by his son Eric Maurer, and his brother Richard Maurer.

Ed Timperlake graduated from the US Naval Academy in 1969.