The wealthiest nation in Europe, Germany, its Gross Domestic Product (GDP) has grown an estimated average of 2.04% annually the last five years to an estimated $4 trillion GDP in 2018 and is by default the most powerful nation in Europe. With the continued growth of wealth, that vaults them as a dominate European and Global economic power (Ranked 4th), Germany must reach their North Atlantic Treaty Organization (NATO) defense responsibility and obligations that is at the minimum equal to their economic power for the good and safety of Europe.

Germany has clearly brought itself back and well ahead from its desolation and destruction of the 1940s with the support and leadership of the United States and of NATO Europe.

It has been cocooned and protected, and it has emerged a great power.

Germany resolves itself as a team player, a follower and remains reluctant to take leadership of the European community. Today Germany has transformed itself as the dominate economic power and influencer in Europe with remarkable resilience that has equal social responsibility to defend and protect Europe.

Germany’s GDP for 2018 was an estimated $4 trillion and the NATO intent of each nation is to provide 2% of its annual GDP for defense, which would bring Germany to $80 million on defense which would be the top of Europe and second behind the United States of all 29 NATO nations.

Both Germany and the United States have had a consistently growing GDP, yet the U.S. always stays ahead of the 2% intent, while Germany uses its GDP growth as a compelling reason not to be able to meet the 2% GDP intent, recently Germany promised to achieve 1.5% by 2024, which is the NATO deadline for the 2% pledge made in 2014.

Buckling down its own constraints of GDP spending on defense is a self-propelling and self-rewarding circle in Germany to spend money on other areas and not infringe on outdated NATO nations historic perceptions of Germany and its past. This lack of political will and popular will to not spend on defense is further embedded by its constitutional restrictions put in place after WWII that includes not having an annual national security policy. 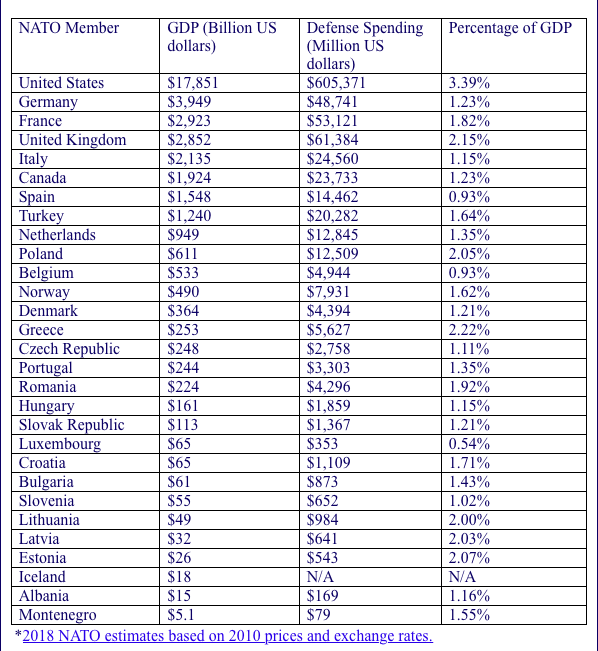 Germany is without a doubt one of the best industrial manufacturers in the world, with inherent capacity and capability to develop, engineer, and to mass produce with quality. Germany is also one of the most rigid and the most planned, with the long development to deployment cycles and is very challenged to adapt and change course in its requirement driven by a tender acquisition process.

Germany has chosen the NATO ballistic missile defense and integrated air and missile defense requirements for some of its defense spending as it leads the European nations in capacity and capability that is still not nearly enough to provide a fully adequate ground, sea, air, and space 360-degree defense for Europe.

Germany’s role in military acquisition could be best attuned to lead a layered defensive capability that is both mobile and fixed, both lower-tier and upper-tier, both 360 cruise missile and Unmanned Aerial Vehicle (UAV) and hypersonic on cross-domain platforms to defend all or parts of NATO Europe from current and future threats.

NATO needs to address the elephant in the room to best secure Europe as United States resources are shifting to the Pacific.

Germany needs to step up and lead by actions to meet its social responsibility and match its economic power to help best defend NATO.

The United States taxpayers should not be having to compensate for Germany’s $30 million shortfall to meet its 2% pledge.