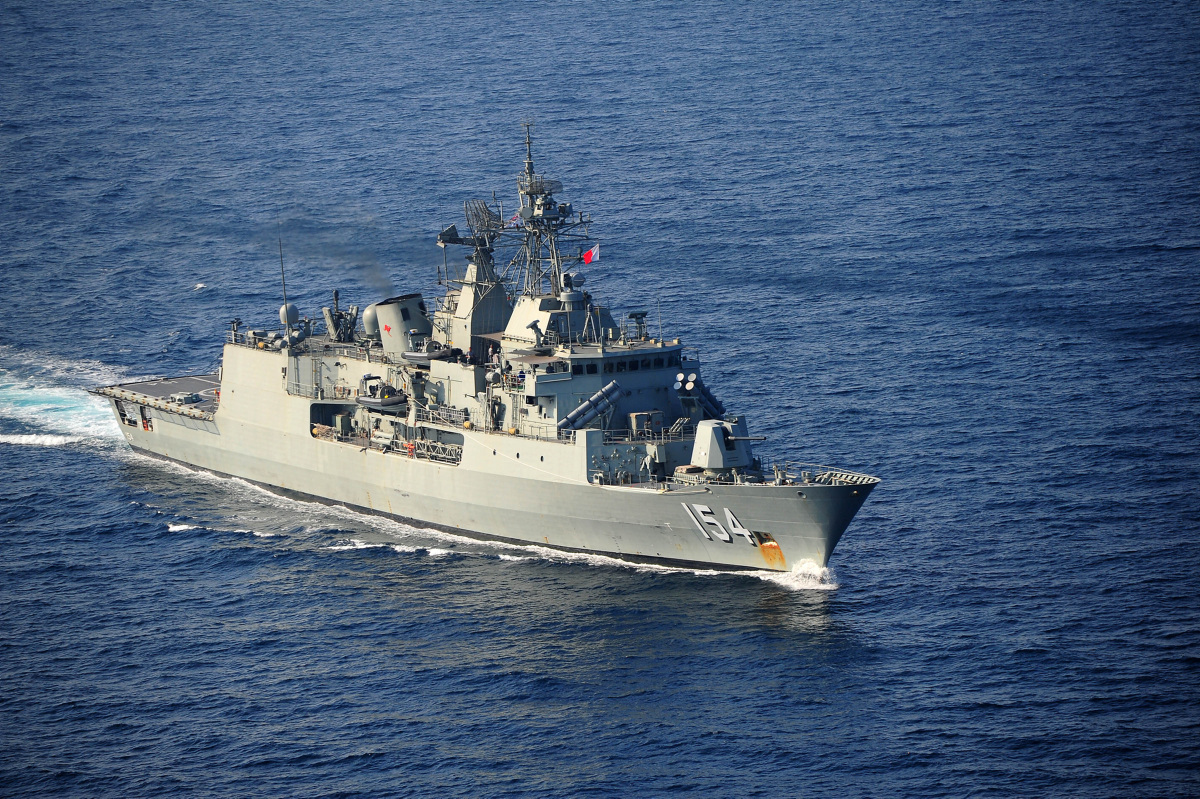 As I discussed in part 2 of this series, the Anzacs are high-quality frigates. They will likely age gradually but gracefully over the next 24 years on their journey to eventual retirement. But the issue of quantity might be more problematic than quality.

Often you just need presence: a ship at sea in the right location, whether patrolling a sea lane, monitoring a patch of ocean, or just waving a flag. No matter how good its quality is, a ship can’t be in two places at once.

The Anzacs have become the backbone of the surface fleet. Every day, Anzacs are at sea. The Royal Australian Navy has conducted continuous rotations to the Middle East since 1990 and Anzacs have done around half of those since their introduction into service. Every one of the eight ships in the class has deployed there at least once, and HMAS Toowoomba has gone five times. An Anzac is currently on extended deployment with Indo-Pacific Endeavour 2019.

The navy will be reliant on the Anzacs for a long time to come—it won’t have more Hunters than Anzacs until around 2037. But the Department of Defence and the defence industry will have to address a number of challenges to ensure the navy can continue to get enough Anzacs to sea to ensure the navy has the presence it needs.

Unlike the Collins class, which has very clear public statement of the capability requirement (page 6)—namely, out of the fleet of six, four submarines in service with the fleet commander (three of which are consistently available for tasking) and two consistently available for deployment—there doesn’t seem to be a public statement of what is required of the Anzac class. Defence’s 2018–19 budget statements provide a target for ‘unit availability days’ for ‘major combatants’ (page 63), but that includes all frigates, destroyers and submarines, not just Anzacs.

So it’s hard to know how the Anzacs are currently performing against the requirements, but the Australia National Audit Office’s recent report on Anzac sustainment suggests that despite Defence’s best efforts, some of the challenges associated with ageing platforms are already emerging with the ships.

Defence’s response to the ANAO emphasised that the Anzac class has consistently met the government’s requirements. That’s fine as long as its long-term sustainability is not put at risk to meet the imperatives of the present.

Part of the problem is that the capability improvements I summarised in part 2 impose a cost on the platform.

The addition of systems has increased the ship’s weight from 3,600 to 3,900 tonnes and also resulted in a 50% increase in required power generation. Crew size has grown by 20% (from 157 to 192), resulting in a great workload on each ship’s systems. Also, the operating profile has changed; operational tempo has increased from 125 to 150 days per year, for example.

Overall, the result is that the operating profile of the vessels is outside of the initial design intent. Moreover, the current sustainment regime is not aligned with the operating profile. The ANAO reports that consequently the Anzacs have experienced degradation in hull and systems. Spare parts are becoming unavailable and episodes of cannibalisation to get ships to sea have occurred.

The Anzacs represent a significant investment of public funds. In 2016–17 and 2017–18, at $350 million and $322 million, they were Defence’s second most expensive platform to sustain after the Collins (although in the 2019–20, despite the budget estimate growing to $374 million for the Anzacs, they were bumped into third place behind the Super Hornets and the Growlers). But even that investment wasn’t enough; the ANAO reports that the navy couldn’t afford all required maintenance and had to defer some.

Another long-term challenge that the navy will need to address is a broader one than just the Anzacs.

While it has reported improvements in its submariner numbers (which is no small achievement in light of the historical challenges it has faced in crewing its submarines), overall the navy’s personnel numbers went down over the three years to 2017–18, even though its allocation under the 2016 white paper has gone up (though the navy seems to have turned that around in 2018–19).

Something had to give.

The ANAO report reveals that due to lack of a crew, HMAS Perth was put into extended lay-up at the end of its last scheduled maintenance in October 2017 and a crew isn’t expected to be available until sometime between July 2019 and January 2020. Essentially, it’s up on blocks for two years. With two other ships in upgrade, only five of the eight are available.

None of these issues are insurmountable.

Defence’s approach of rolling all upgrades into the one program (the midlife capability assurance program) is sensible, as is its approach of establishing a long-term sustainment partnership with industry known as the WAMA.

Defence is now well versed in managing ageing vessels along the bathtub curve of increasing cost.

Getting a larger, well-skilled uniformed workforce will likely remain a challenge.

There will be a long overlap—14 years—between the old and new frigate classes. That’s not quite as long as Collins, but it’s still a period during which competition for resources—in particular, people—will need to be managed. The silver lining in the transition will be the extensive commonality between the two, which will help create a flexible workforce pool.

In essence, the Anzac class and the Aegis-equipped Hobart class are already serving as the test bed for the Hunters and developing workforces that can operate and maintain its systems.

Like the Collins, the Anzacs were unfairly tarred in their early days, and the class has come a long way since the accusations of being ‘floating targets’.

But as with the Collins, Defence will still have its work cut out for it keeping the Anzac the workhorse of the navy for a long time to come.

This article was first published by ASPI on April 9, 2019.