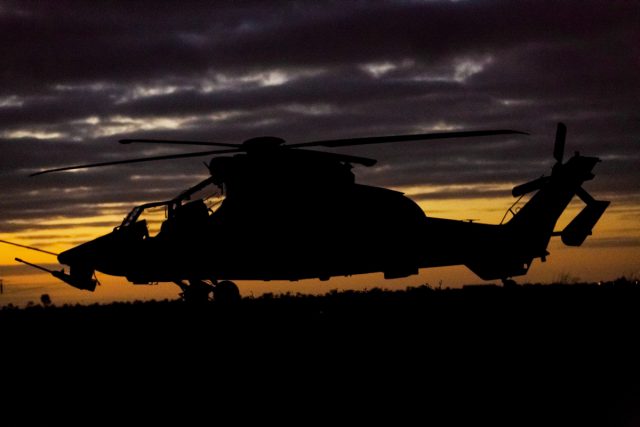 In 2011 the ADF took delivery of 22 Eurocopter ‘Aussie Tiger’ armed reconnaissance helicopters (ARH). Since then, the project has had a troubled history: the ANAO released a fairly scathing report in 2016, and more recently the ANAO’s 2017–18 Major Projects Reporthighlighted some continuing problems.

The Tiger’s future seems sealed. Both the 2016 Defence White Paper and its accompanying Integrated Investment Program declared that the Aussie Tiger will be replaced with a future ‘armed aerial reconnaissance capability from the mid-2020s’. The white paper’s judgement suggests the project has been a failure.

However, it’s important to be balanced in considering the platform, rather than dismissing it as an outright failure. According to the ANAO’s 2017–18 report, of the nine caveats identified in 2016, two have been resolved. The platform’s electronic warfare self-protection system now provides satisfactory performance, and the identification friend or foe system now works effectively. Two out of nine doesn’t sound like a great report card, but that’s not the end of the story.

Progress is being made towards integrating more capable AGM-114R Hellfire anti-tank guided missile systems, and the availability of spare parts and ammunition supplies is improving. Furthermore, ‘fly-away kits’ to support operational deployments are now available. Following a prolonged grounding during investigation into a German Tiger crash in Mali in 2017, the Aussie Tiger resumed flights last November.

New capabilities are being added to the platform as part of joint force modernisation. Those include precision laser-guided rockets,  a ‘manned-unmanned teaming’ capability with the Army’s Shadow UAVs, ‘wet-wing’ combat refuelling with C-130J aircraft and, most significantly, initial flight trials on the RAN’s Canberra-class amphibious assault ships.

Army personnel who fly the aircraft have an overwhelmingly positive view of it. They note that it’s a highly agile and potent platform, with superior manoeuvrability to other, similar types of helicopter, which makes it easier to fly and to focus on mission tasks. They make clear that the platform has matured as a capability, and operators are overcoming earlier challenges. They argue that serious deficiencies such as availability and rate of effort are being addressed, and the absence of a tactical datalink is being rectified, though operating costs are yet to meet desired targets. They also raise the prospect of a capability assurance program that will maintain the Aussie Tiger as a useful capability through to its replacement in 2025, and also potentially provide upgrades to deal with issues that the ANAO currently lists as deficiencies.

This debate over upgrades versus deficiencies goes to the heart of the criticism of the Tiger as a developmental rather than a mature aircraft. Basing procurement decisions on an erroneous assumption of a mature capability, together with putting in place inadequate maintenance and support arrangements, acted to create the impression that the Aussie Tiger was underperforming and over budget. The failure wasn’t the aircraft’s, but that of the procurement process and decisions that were made under AIR 87 Phase 2.

In considering the potential replacement for the Aussie Tiger ARH in the mid-2020s, some hard realities have been recognised. Most importantly, Defence cannot again blithely take a contractor’s word that a platform is mature, as opposed to developmental. Instead, it must make a more hard-nosed assessment as to which platforms best suit Australia’s requirements, and which present the least risk. In that regard, three important lessons stand out rather starkly from the Aussie Tiger experience as we look forward to 2025.

Firstly, it’s more sensible to acquire military off-the-shelf platforms that are operationally mature than to gamble everything on an immature capability still under development. Secondly, it’s wise to pick a capability with a fully established global support and maintenance network that enjoys a wide range of users, as opposed to an ‘orphan capability’ where support and maintenance is limited and depends on distant service providers. Thirdly, any platform must be fully interoperable with existing capabilities. In particular, it must have common datalinks as a standard feature.

The inability of the Aussie Tiger to meet operational readiness remains a major problem. The objective of reaching 6,000 flight hours per year won’t be met anytime soon, and the 2017–18 ANAO report suggests there were only 4,800 hours during FY 2016–17. The Army and Airbus Australia continue efforts to remediate this problem, but it’s clear that choosing a more mature platform with an established supply chain would have meant that the ADF wouldn’t ever have been confronted by poor operational readiness.

But if these problems could be solved, why not hang onto the Tiger for longer?

The platform would be only a little over a decade old in 2025, and would have been upgraded to avoid obsolescence at a cost of A$500–750 million. That’s a considerable sum of money to spend on a platform only to then dispose of it.

This suggests that one option would be to extend the Aussie Tiger through to the early 2030s and ‘catch the wave’ generated by the US Future Vertical Lift program (FVL) through direct Australian involvement in that project, in a manner similar to Australian participation in the F-35 Joint Strike Fighter project.

Alternatively, government might replace the Tiger in the mid-2020s, or sooner, with an ‘interim capability’ akin to the RAAF’s acquisition of F/A-18F Super Hornets. This could mitigate the potential risk posed by additional problems with the Aussie Tiger, and also act as insurance against the FVL being delayed.

It would also enhance capability more rapidly, depending on what platform was acquired.

Which option government chooses in coming years will depend on what tasks emerge as the most likely for the ADF in a more contested and uncertain operational environment.

The second option would see the ADF replace the Tiger with a more effective new capability by 2025 (or maybe sooner). That would then allow a transition to a mature FVL capability at a later date. This  option would boost the Army’s ARH capability much more rapidly by acquiring an operationally mature platform that could operate well into the future.

In considering the new capability option, two obvious candidates are available now: the Boeing AH-64E Apache and the Bell AH-1Z Viper. Both would offer a high degree of networking compatibility with other ADF platforms and benefit from a sustained global support chain.

If the Apache were to be acquired and be fully supported by its well-established international maintenance and supply network, the acquisition would substantially boost the Army’s ‘attack reconnaissance capability’ over the Tiger. But it would be the more expensive option, and the more complex to operate and support.

The main advantage of a new capability option is that it reduces future risks and would avoid Australia continuing to be exposed to the effects of a lightly funded development path for the Tiger. Any new capability could serve until a FVL-type platform emerged that was sufficiently mature to be acquired by the Army, perhaps by the late 2030s.

A key question to consider is whether the Army really needs an ARH capability like the Aussie Tiger, or any replacement platform like the Apache or Viper? The $5–7 billion budgeted for the Aussie Tiger replacement could easily be spent on other platforms and capabilities that meet operational and tactical needs without exposing aircrew to proliferating missile and air defence systems.

As my colleague Andrew Davies noted recently, the Army is unlikely to be deployed against a major power as part of an independent operation in Australia’s surrounding region. Instead, it would most likely be part of a joint task force operating as part of a coalition.

Under those circumstances it could always do what it did in Afghanistan and rely on other states to provide the ARH support. The disadvantage of doing so is that our dependency on others adds to their operational burden. It also increases the risks that friction and the fog of war, or the inability of other states to sustain air operations, could leave Australian troops much more exposed. The danger of casualties would be higher as a result.

So simply going without may not be the best solution.

But that doesn’t imply that a ‘like-for-like’ replacement is the way forward. Future technologies offer the potential to take humans out of harm’s way by removing aircrew from the cockpit of armed reconnaissance. The manned element might be well to the rear, perhaps aboard platforms like E-7 Wedgetails.

A return to force design principles at a more fundamental level suggests that a better investment might be for Australia to spend its money in other ways that contribute support in higher intensity scenarios differently. This would force us to confront the issue of whether the ADF is more useful in a coalition if it primarily contributes air and naval forces, versus trying to maintain a balanced capability.

The question over the Aussie Tiger replacement really gets to the heart of just what it is that the ADF is expected to do. That would be determined by where we are fighting and against whom, and when future conflicts might arise. This is a fundamental challenge for any force planner considering a much more uncertain and dangerous strategic outlook.

Certainly, the future land battlespace will be increasingly complex and contested, with hybrid adversaries equipped with much more capable air defence systems that could make manned helicopters a vulnerable target.

Now might just be the time for the ADF to jump into the unmanned battlespace by investing in networks of tactical UAVs coming out of LAND 129 that provide the sensor end of the ‘sensor-to-shooter link’ where the AIR 7003 armed UAV is the shooter. It might be better simply to cut our losses with manned platforms and do something novel.

It’s clear that Australia has some options—and that’s good. It can do a quick replacement with a US product like the Apache or Viper, buying a platform that is proven but that may be expensive to operate and potentially vulnerable—even for something like the Apache. Or we can rely on others—but that tends to clip the Army’s wings in terms of operational flexibility, which may not be appropriate in a worsening strategic outlook. We could explore networks of UAVs that offer battlespace intelligence, surveillance, reconnaissance and attack, perhaps at reduced cost and risk.

The ADF and Army’s force planners need to get busy doing a hard-nosed analysis of all the options, rather than simply accepting a like-for-like replacement in 2025.

This article was published in two parts.