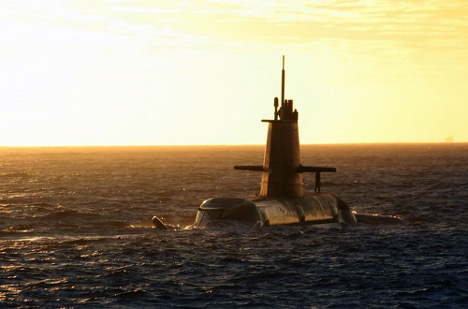 There have been claims in the media and by various commentators that the cost of Australia’s future submarine program has gone up. The Defence Department insists that it hasn’t. So, who’s right?

Unfortunately, nothing is ever straightforward with the cost of defence projects. That’s partly because the department doesn’t release much information, particularly before it has an acquisition contract.

It’s also because people are rarely talking about the same thing when throwing numbers around.

I’ve previously shown how a hypothetical project can cost $1 billion or $3.5 billion depending on how you present it. That’s just acquisition costs. Whole-of-life costs, which also include operating costs, are very different again. It’s easy to fall into the trap of comparing apples with gibbons.

It’s also important to understand the price basis of a cost estimate. Defence distinguishes between estimates done in constant dollars, which assumes a dollar has the same buying power over time, and those done in ‘outturned’ dollars, which take inflation into account.

With the construction of the future submarine fleet lasting into the 2050s, the difference between constant and outturned estimates will be substantial, even if they are different ways of looking at the same thing.

The requirement for 12 large conventional submarines first appeared in the 2009 defence white paper. They were intended to have ‘greater range, longer endurance on patrol, and expanded capabilities compared to the current Collins class submarine’. In addition to the Collins’ anti-submarine, anti-surface and intelligence, surveillance and reconnaissance roles, the new submarines were to have a strategic strike capability.

All of that implied greater size and complexity. Increasing size and complexity are the two main reasons why military equipment suffers significantly greater rates of inflation than the broader economy. Therefore, the new submarines were necessarily going to be much more expensive than the Collins, which cost about $5.1 billion for six 3,300-tonne boats.

Defence didn’t say how much more. The public version of the 2009 capability plan that supported the white paper stated that the acquisition cost was ‘Level 1 Very High > $1500m’. No sane person thinks that 12 manned submarines of any kind could cost anything remotely like $1.5 billion.

The number was simply the biggest category of cost used in that document and Defence, for its own reasons, didn’t give the public a number that bore any resemblance to reality.

The corresponding figure in the 2012 public defence capability plan was ‘>$10b’—perhaps a vaguely reasonable, rough order of magnitude, constant figure for 12 small, off-the-shelf boats (which Australia was never going to get). But it was still far from a meaningful figure for 12 of the largest conventional submarines in the world.

Various commentators stepped into the vacuum and offered estimates. In 2009, Andrew Davies and Sean Costello, writing for ASPI, developed a $36.5 billion constant-dollar estimate for 12 4,000-tonne submarines.

That number was developed by applying long-term historical rates of cost increases in submarines to the Collins and scaling it up to 4,000 tonnes to account for the greater capability ambitions for the future submarine. The number was widely repeated by commentators.

But some, particularly advocates of submarines, thought it was too high. Brice Pacey argued in a 2012 Kokoda Foundation piece that cost growth in modern conventional submarines had essentially stabilised, so a figure of around $18 billion for 12 3,800-tonne submarines was more appropriate. In my view, that would not have even covered a new fleet of 12 Collins boats, let alone larger, more modern and more capable boats.

By late 2015, Defence was deep into both the development of a new white paper and the competitive evaluation process that selected Naval Group (then DCNS) as Australia’s preferred partner for the design and build of the future submarine. The contenders in that competition didn’t submit their bids until 30 November 2015.

A month before that, on 21 October 2015, Defence testified at Senate estimates hearingsthat the cost estimate was $50 billion outturned.

Mr Richardson: It is an out-turn cost.

Mr Baxter: It is on an out-turn cost basis.

Mr Richardson: It is inflation into the 2040s et cetera.

Mr Baxter: The last of the submarines is likely to be built into the 2040s.

Mr Richardson: For the last of the submarines—if they were built, say, in the early 2040s—it is the out-turn cost of what the submarines would cost in 2040 dollars.

Mr Richardson: It sounds high except if you start to think of it in out-turn dollars and what that means.

It’s not clear what the $50 billion outturned number was based upon. Since Defence hadn’t received the contenders’ bids at that point, it was probably a mix of parametric and analogous cost-estimation methodologies.

Since then, however, Defence has informed the Senate that the estimated cost is around $80 billion outturned. Let us look back at the path to the new cost estimate.

A defence white paper and supporting investment program were released on 25 February 2016.

By that time, Defence had had industry responses to the competitive evaluation tender for nearly three months, so it would have had time to adjust the $50 billion figure if it had been incorrect.

But the estimate wasn’t changed, other than the addition of a ‘greater than’ sign—‘>$50bn’. Defence works in outturned dollars, which takes inflation into account, and there was nothing in the 2016 investment program to suggest the number was different.

However, at Senate estimates hearings in late May 2018, the program head, Rear Admiral Greg Sammut, stated that the acquisition cost estimate was ‘$50 billion on a constant price basis’. I estimated at the time that in outturned dollars that would be around $79 billion.

Since then, Defence has been using an $80 billion outturned figure as equivalent to its $50 billion constant figure.

First, we should note that Sammut also implied at the May 2018 hearings that the cost hadn’t changed since DCNS was announced as the preferred contractor on 26 April 2016:

Senator Patrick: It has been two years since DCNS, now Naval Group, were announced the winners. You’ve done a bit of work. Are there any updated costs on the acquisition for the submarine?

Rear Adm Sammut: It’s still in the order of $50 billion based on the work that we’ve done to date on early design activities.

Senator Patrick: Do you have any idea of, say, the design cost or the build costs?

Rear Adm Sammut: Those costs are being determined in greater detail as we complete preparations to enter the full contract for design and build of the submarine. At this stage, as I said, total acquisition for the 12 submarines is remaining at $50 billion.

If the $50 billion constant/$80 billion outturned estimate hadn’t changed since Naval Group was selected, then the window in which the estimate increased must have been between the receipt of bids from the participants in the competitive evaluation process at the end of November 2015 and the announcement in April 2016.

What caused the change?

Recently there’s been discussion—for example, at Senate estimates—about whether the Commonwealth has been commercially ‘captured’ by Naval Group because it chose a single provider too early, exposing itself to cost increases. While that’s an ongoing risk to guard against, it doesn’t explain cost increases during the competitive evaluation process when there was still competitive tension.

There are likely two reasons for the growth of the estimate during the competitive evaluation process.

The first is that Defence’s $50 billion outturned figure was already too low.

The second reason for the increase is the more demanding performance requirements.

The 2016 white paper moderated the requirements for the future submarine by dropping its strategic strike role, which should also have reduced the cost. But the white paper also introduced the undefined term ‘regionally superior’. If anything was going to lead to an open-ended expansion of requirements, that would be it.

The size is no doubt driven by the range and endurance requirements, but it’s also related to the pump-jet that will propel it. The acoustic benefits of a pump-jet appear to have been a key discriminator in Defence’s selecting DCNS over the other competitors. But a pump-jet is viable on a conventional submarine only if it’s big.

ASPI’s original estimate of $67 billion was for a 4,000-tonne submarine, so an additional 500 to 1,000 tonnes per boat gets the figure close to $80 billion in a parametric cost estimate.

If we also take into account the overheads associated with being the parent navy for what is essentially a unique class of submarine, it’s easier to see how the cost became $80 billion as Defence worked through the competitive evaluation process and understood what it was getting itself and the country into.

Unfortunately, it didn’t update the price tag in the 2016 white paper so that the country would also know what it was on the hook for.

We don’t need speculation about whether the French are taking advantage of us to understand why the future submarine is costing $80 billion. Those who think that the Germans can deliver something similar for only $20 billion are deluding themselves and simply wishing away the iron laws of defence costing.

An extremely large, unique, manned conventional submarine that seeks to be ‘regionally superior’ will inevitably come at an exquisite cost, regardless of who designs and builds it.

We are potentially at the end of the development curve for conventional submarines.

Andrew Davies has written, ‘We are investing many billions of dollars to get small, incremental improvements in stealth, range and endurance while the counter-technologies are on the cusp of massive, and potentially relatively cheap, increases in performance.’

Keeping the future submarine regionally superior means being superior not only to adversary submarines, but to the full range of counter-technologies—a challenging, expensive and increasingly futile task.

Defence has stated that the future submarine will be built in batches, with the design progressively updated to adapt to developing technologies.

It would be interesting to know how much funding Defence has factored into its $80 billion cost estimate to keep the design regionally superior, because that quixotic chase will surely be a source of future cost growth.

This article was published by ASPI in two parts which are joined in this verion of the article.

Has the cost of Australia’s future submarines gone up? Part 2