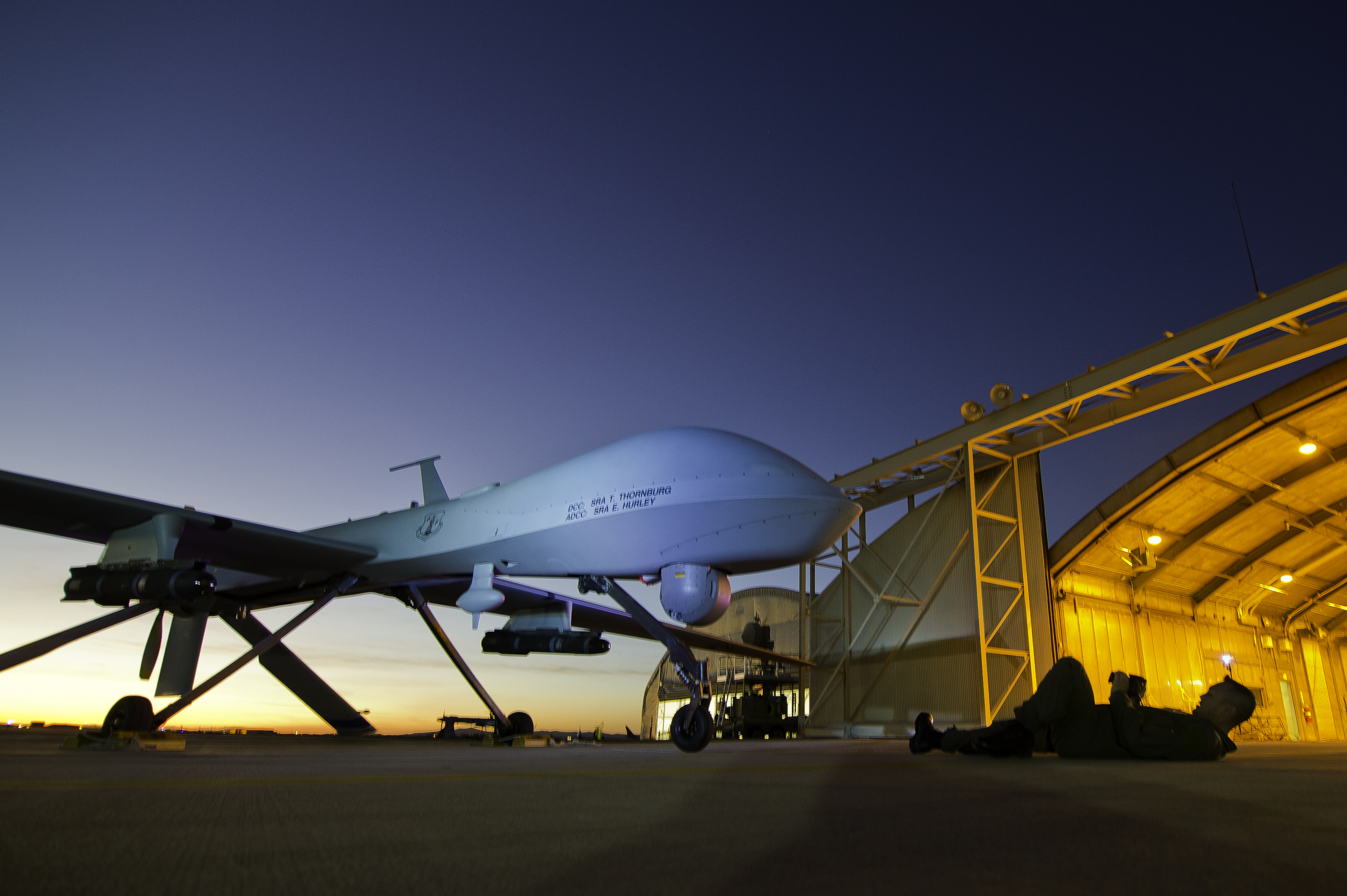 The Defense Production Act (DPA) has played a front-line role for many years.

As the United States entered the Korean War in 1950, the federal government passed the DPA to allow the prioritization of the production of materials, equipment and technologies needed for the war effort.

Following the war, the act has been employed numerous times – including in my personal experience as a major in the United States Airforce during the Afghanistan and Iraq War – when the act enabled a rapid expansion of our reconnaissance fleet.

The General Atomics Predator unmanned drone was used extensively for surveillance, but their production capacity did not meet the military demand.

Under the DPA, General Atomics licensed the technology for the drone to the government so other manufacturers could begin producing it.

The DPA not only makes problematic shortages of high demand items more manageable, but it also offers manufacturers an incentive to prioritize this production and can even offer financial support to scale up production quickly.

Here I outline the details of the act, what is required of manufacturers and key factors manufacturers should consider before committing to rated orders.

Getting key materiel to those who need it

So not only can the DPA make more critical materiel available faster, but it can democratize participation in defense projects across other vendors.

In the above case, the Air Force Research Laboratory, which executes the DPA Title III program, partnered with Lockheed Martin, Northrop Grumman and Raytheon.

The partnership began leveraging General Atomics’ technology on other aircraft, including early tests on an Air Force Special Operations Command MC-130P and a King Air 218.

Participating in prioritized orders through the DPA can be challenging because it requires significant logistical capabilities, first of all to complete the project-based work, and then to document you are satisfying orders to the terms of the federal government.

But the DPA, when it is used to meet emergent needs as we now face, can introduce new vendors into the DoD supply chain and often inject new intellectual property and product opportunities into these businesses.

The DPA has also been used a number of times recently:

All of these examples are for military and defense systems, but the application of the DPA was expanded in 2003 to make it applicable to “critical infrastructure protection and restoration.”

It has since been used in the wake of floods, earthquakes and hurricanes.

In situations where required for the defense of the homeland in numerous circumstances, the DPA currently gives the President of the United States power to:

Manufacturers completing work under the DPA as noted can not only get involved in government programs they had not had access to before, but receive help with capital expenditures and operating expenditures.

They must be mindful though of the priority ratings attached to each of these contracts. The Defense Priorities and Allocations System (DPAS) is a ranking system used in the supply chain for these critical projects.

Each DPAS order will have a rating (DX or DO) and required delivery date. On these orders, manufacturers must comply with the various provisions of the DPAS, found in 15 CFR Part 700.

Of the priority ratings, DX is the highest and requires presidential approval. The secretary of defense, meanwhile, must approve the DO rating. Usually though, DPAS functions more like a classification system, with for instance, A1 for aircraft, A3 for ships and other designations that do not really affect priority but rather describe where the materiel resides.

Rapid and reliable manufacturers will be favored

DPAS has implications for both capital acquisition and support of assets once they are deployed. And the government does measure how responsive a vendor is when they receive rated orders. This can also represent an opportunity for vendors who can ensure and then document that they are responding quickly to orders and meeting delivery requirements.

The more rapidly and reliably your company completes this task, the more favorably the Defense Contract Management Agency (DCMA), which is responsible for making sure the rating system is followed, will look upon you.

DCMA actually has a grading system, and as vendors and contractors perform well, are responsive and accurate in following the DPAS rating requirements, those vendors receive preferential treatment for future opportunities based on the grading structure.

Currently, most companies serving the defense sector only have a minimal ability to actively manage deliverables.

The exception to this rule would be a major original equipment manufacturer (OEM) or tier-one defense contractor. These companies are often large enough and have sophisticated enough systems to track parts, availability and deliverability on a very granular level, at least within their own organization.

The OEM’s middle-market vendors may struggle with this level of documentation. Many DPAS orders also involve mission-critical equipment, requiring a serialized structure for every bolt, nut and component along with a record of the provenance and origins of materials, parts and purchased components.

Companies accepting DPAS rated orders for the first time will need to gear up for these requirements, but this can have the additional benefit of improving your systems and processes and making you more competitive on private sector, non-rated orders.

Before pursuing work under DPA though, a manufacturer should think carefully about whether or not they have or can invest in the rigorous processes and systems required to meet the timeline for deliverables and ensure they are at least accepting or declining orders in a timely fashion.

There will be very little middle ground—your organization should either commit to and aggressively participate in DPAS or sit on the sidelines.

The program relies on both the carrot to incent program compliance as well as a stick to dissuade vendors from under-delivering. The maximum penalty provided by the Defense Production Act is a $10,000 fine, or one year in prison, or both.

For manufacturing organizations, the DPA and DPAS rating system can be a lucrative contract and open the door for more defense business going forward.

But with non-performance resulting in significant fines, organizations must ensure they can meet the standards required by the government and have the infrastructure in place to aggressively ramp-up production before accepting rated orders.

Those manufacturers that can successfully fulfill rated orders will benefit financially now and realize the long-term impact of more government orders in the future.