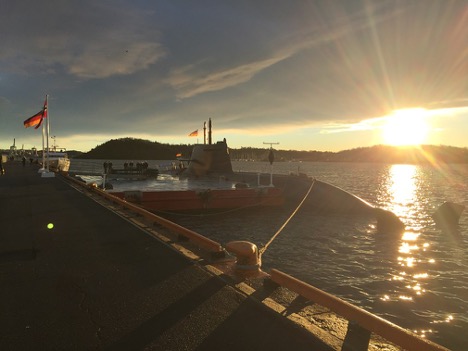 Norway and Germany will procure identical submarines together. A revised offer was received from ThyssenKrupp Marine Systems in February and negotiations are now ongoing.

This is a large and complex contract, where a significant amount of taxpayer money is being spent. Therefor it is important to use the time necessary to ensure a solid contract that delivers good submarines for both nations. The negotiations will therefore continue until such a contract is in place. The aim is to have a ready to sign contract in 2020. The COVID 19 pandemic may, however, influence the negotiation process. Steps have been taken to reduce to the impact. Delivery date and schedule of the new submarines will be set as part of the contract.

Norway has six submarines of the Ula-class. Studies indicate that the Ula-class can be kept operational somewhat longer than initially planned. Norway will therefore keep its submarine capability even if the new submarines are delayed.