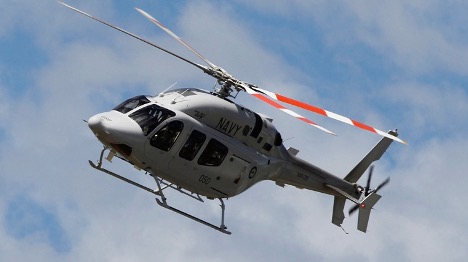 The Commonwealth has released a Request for Proposals (RFP) to industry to provide capability enhancements to the LAND 2097 Phase 4 special operations rotary wing (SORW) light helicopter which will operate with Army’s 6 Aviation Regiment (6Avn) at Holsworthy in Sydney.

Issued under the auspices of Project LAND 2097 Phase 4, the RFP for the SORW Capability Enhancement Program (CEP) is seeking a contractor that “will explore technology options on behalf of the Commonwealth and provide recommendations on an annual basis regarding potential modifications that the SORW capability will benefit from.”

It is important to note that the RFP is separate to the LAND 2097 Phase 4 SORW requirement – tenders for which closed on June 30 – and is instead seeking “innovative proposals” for the CEP. The RFP says the successful CEP contractor “will implement solutions by either integrating GFM (Govt furnished material) to the SORW capability through standardised interfaces, or through a full design, production and certification process.”

ADBR understands the CEP will seek to explore the development and integration of new sensors, weapons, electronic warfare, and communications capabilities for the SORW to support its mission, and that the Commonwealth is keen to maximise Australian Industry Capability (AIC) in the CEP.

A statement released on August 4 by Defence Minister Senator Linda Reynolds reads, “Industry options will be explored by Defence for an agile upgrade pathway for the new fleet of light helicopters sought under LAND 2097 Phase 4. Australian industry have unique capabilities to offer the ADF and the broader global military light helicopter market in the design and manufacture of aviation systems.

“Small Australian companies are already competing on the world stage, providing innovative solutions to special mission aircraft,” it adds. “The opportunity to harness these skills and grow them through collaboration on the special operations helicopter will benefit the ADF and local defence industry.”

Up to 18 new 4 tonne class twin-engine helicopters will augment the larger MRH90 Taipan in the SORW support role with Army’s 6 Aviation Regiment (6Avn) at Holsworthy. To date, Airbus has declared it bid its H145M, while Babcock previously indicated it would bid with the Bell 429 Global Ranger.

In 2019 Hawker Pacific opened an ICN Gateway for prospective industry partners and has been reported as favouring the Bell 429, but has not formally declared its intent. And in a written August 6 statement to ADBR, Boeing Defence Australia confirmed that, “after a careful review (it) decided not to bid the AH-6 Little Bird for this project.”

The SORW CEP schedule is a tight one. After being issued on August 4, an industry briefing will be conducted on August 13, the RFP closes on September 11, and a notification of the outcome is programmed for November 2020.