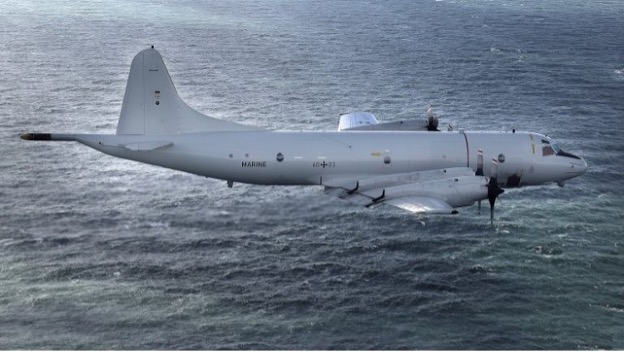 According to a March 14, 2021 story in Australian Defence Business Review, the U.S. Defense Security Cooperation Agency has approved a proposed German P-8A buy.

Germany’s Bundeswehr currently operates seven former Dutch P-3C Orions which replaced Breguet Atlantique maritime patrol aircraft in service in the early 2000s. The P-3Cs were to receive a structural and mission system upgrade, but this project was reportedly abandoned in 2020 after just two aircraft were completed following an economic feasibility study.

Other types reportedly also under consideration by the Deutsche Marine to replace the P-3Cs was an interim type such as the Airbus C295M MPA or the Rheinland Air Service RAS 72 version of the ATR 72, and a proposed A320M3A MPA version of the Airbus A320neo airliner.

If the acquisition progresses, Germany will join the US Navy, India, Australia, the UK, South Korea, New Zealand, and Norway as current or future P-8 operators.

This is how DCSA highlighted the decision on March 12, 2021:

WASHINGTON, March 12, 2021 – The State Department has made a determination approving a possible Foreign Military Sale to the Government of Germany of P-8A Aircraft and Associated Support, and related equipment, for an estimated cost of $1.77 billion. The Defense Security Cooperation Agency delivered the required certification notifying Congress of this possible sale today.

This proposed sale will support the foreign policy and national security of the United States by improving the security of a NATO Ally which is an important force for political and economic stability in Europe.

The proposed sale will improve Germany’s capability to meet current and future threats by providing critical capabilities to coalition maritime operations. Germany currently operates the Lockheed P-3C Orion, but that aircraft is reaching end-of-life and will retire in 2024. Germany plans to replace it with the P-8A Poseidon. The proposed sale will allow Germany to modernize and sustain its Maritime Surveillance Aircraft (MSA) capability for the next 30 years. Germany will have no difficulty transitioning its MSA force to P-8 and absorbing these aircraft into its armed forces.

The proposed sale of this equipment and support will not alter the basic military balance in the region.

The prime contractor will be The Boeing Company, Seattle, WA. There are no known offset agreements proposed in connection with this potential sale.

Implementation of the proposed sale will require the assignment of four (4) U.S. Government and four (4) contractor representatives to Germany for a duration of two (2) years to support equipment familiarization, training and supply support.

As an article published by Naval News further highlighted on their March 12, 2021 story:

For the record, the German Federal Ministry of Defence (MoD) announced in June 2020 that it was ending the modernization plan of the P-3C ORION maritime patrol aircraft (MPA) ahead of schedule. The MoD cited “costs and technical difficulties” as the reasons that lead to the decision which will result in a “capability gap” which “cannot be accepted”. The Bundeswehr said at the time that it was conducting a market survey taking into account all platforms available on the market. The German MoD statement at the time also added that “this analysis will also evaluate all interactions with the Franco-German cooperation project Maritime Airborne Warfare System (MAWS)”

Question remains however on whether the German MoD has the necessary funding to procure new P-8A MPAs… and whether this will truly be a temporary stop-gap solution or an alternative to MAWS.

During the ILA airshow, which took place from 25 to 29 April 2018 in Berlin, French Minister of the Armed Forces, Florence Parly and her German counterpart, Ursula von der Leyen signed a letter of intent to jointly develop the next generation of maritime patrol aircraft with possible opening to other partners from Europe or NATO.

The project, known as MAWS (Maritime Airborne Warfare System), aims to ensure, from 2030 onwards, the succession of the French Navy’s Atlantique 2 and the German Navy’s P-3C Orion. Unveiled at Euronaval 2018, Airbus’ A320M3A in its MPA variant appeared to be a natural candidate for the MAWS program.

As Naval News noted at the time, Germany’s decision to retire the P-3C early puts it out of sync with France to pursue a common successor via a joint project. Modernized ATL2 are currently being delivered to the French Navy and their replacement won’t be needed until the mid-2030ies.

Boeing’s P-8A Poseidon is not the only platform being considered. The Bundeswehr last year started exploring new acquisitions to replace all current P-3C MPAs set to be retired by 2025 (instead of 2035 initially). The stop-gap platforms being considered are: