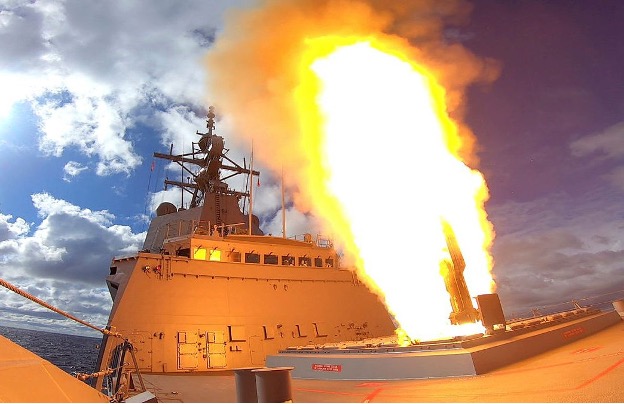 Last year’s war between Azerbaijan and Armenia was short, sharp and decisive. By effectively employing precision guided weapons, the former rapidly forced the latter to capitulate and accede to its political demands. The conflict confirmed the centrality of guided weapons to modern warfighting and showed how small states can now master the technologies and techniques needed to use them.

Last year also witnessed the onset of the Covid-19 pandemic and the supply-chain crisis it triggered. That provoked much soul-searching from governments and companies about how to manage the risks presented by modern just-in-time supply chains that span the globe.

When we take those two events together, it’s clear that the Australian Defence Force will not only need many kinds of guided weapons across the spectrum of conflict, but also need to guarantee their availability in times of crisis when supply chains will be under pressure and threat. That will be difficult, since Australia currently manufactures virtually no guided weapons.

The Australian government is also aware of both needs.

Its 2020 defence strategic update plans on investing tens of billions of dollars in guided weapons over the next two decades. It also directs the Defence Department to explore the potential for new sovereign guided-weapons production capability to mitigate supply risks. It appears that exploration has determined that the potential can be turned into reality: on 31 March, the government announced that it was ‘accelerating’ the development of a sovereign guided-weapons manufacturing capability.

In a new ASPI report,  I examine two fundamental questions.

First, would the manufacture of guided weapons in Australia enhance ADF capability and provide greater self-reliance?

Second, is it viable to manufacture guided weapons in Australia? The answer to both questions is ‘yes’.

The report also presents some key considerations about how the industry should be established.

No single measure is a panacea for supply-chain risks, but domestic guided-weapons production, combined with greater stockpiling and cooperative development and production arrangements, would greatly reduce those risks.

Australia has the industrial capability to produce guided weapons here. In fact, we have a long and successful living history of doing just that. We can also draw upon ‘missile-adjacent’ sectors such as space and autonomous systems as well as leverage the power of the fourth industrial revolution to accelerate the design and manufacture of weapons. We can also leverage our alliance with the US to establish production lines for US weapons here, to the benefit of both partners.

A multibillion-dollar investment in the local manufacture of guided weapons is also consistent with broader government policy; for example, it supports the government’s modern manufacturing initiative, which is a key element in the effort to wean the Australian economy away from a dangerous over-reliance on the export of commodities and build on some other national strengths.

The government has announced that it’s establishing a guided-weapons ‘enterprise’, although it has released few details. What should that enterprise look like? To maximise the prospects for success, Defence needs to adopt a programmatic approach to its selection of guided weapons and actively manage the ‘missile matrix’. That is, rather than allowing the number of types of weapons that it uses multiply by letting individual projects choose different weapons for different platforms, it needs to make decisions that take all relevant factors into account and choose weapons or families of weapons that will be used across multiple platforms.

That approach will have many benefits.

Acquiring more weapons of fewer types will increase the economies of scale of local production.

It will also help to contain the overheads of ownership, such as sustainment costs, the logistics chain and integration costs.

A programmatic approach will necessarily involve ‘backing winners’ up front. While some may have concerns about the potential loss of commercial leverage, Defence is already using such an approach with success, for example in the navy’s combat management system, for which the government has decided that all classes of ships must use Saab’s combat system.

This will involve seeing industry as long-term partners, rather than simply as suppliers—but that’s already a fundamental tenet of the government’s defence industry policy.

Moreover, losing commercial leverage is a manageable issue, as Defence would be a more powerful, larger customer if it procured missiles using domestic co-production and the ‘family of weapons’ approach I outline in the report.

And reduced commercial leverage is a different order of risk compared to losing a conflict owing to a lack of missile supplies.

A national guided-weapons enterprise could adopt many of the measures in Australia’s naval shipbuilding plan, including enhanced funding for research and development, support for the establishment of precincts for the design and production of guided weapons, and coordinated training and education programs to develop the workforce.

But we can’t wait until the perfect plan is developed.

The urgency of our strategic circumstances means we need to start now. There are many mature weapons that the ADF is already using or has decided to buy that we can start producing here now with minimal risk. But the government should also make some ‘big bets’, investing in the development of technologies such as hypersonic weapons that can be put into production here once mature, rather than waiting to see that maturity demonstrated elsewhere and then trying to retrofit Australia with a production capacity for these powerful new weapons.

The government has established a national enterprise to build ships, submarines and armoured vehicles in Australia, but, without guided weapons, those platforms will have limited utility. Put simply: a small number of military platforms without a large supply of advanced missiles is a force fitted for but not with combat power.

The government’s decision to establish a guided-weapons enterprise, if implemented well, will be a key step in providing the ADF’s platforms with the advanced missiles in the types and quantities they need to deliver lethal and survivable capability.