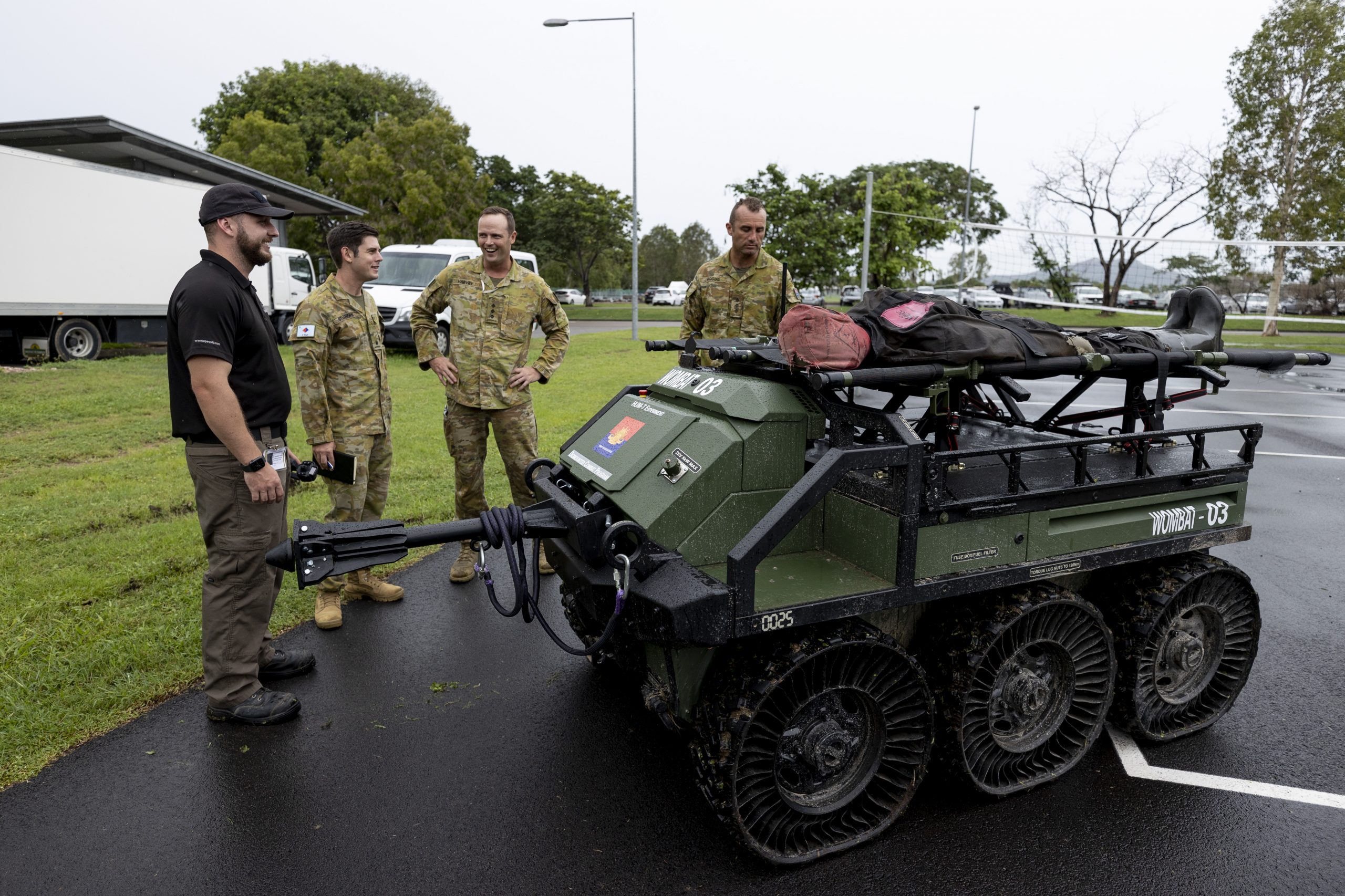 At the recent Williams Foundation Conference on Next Generation Autonomous Systems, Col. Beaumont, Director of the Australian Army Centre, focused on the intersection between logistics and support innovation and automation and autonomous systems.

He expanded upon his presentation and provided  a two part series of articles, which we put together into a single piece, which brought together his core argument.

Much like Marcus Hellyer did in his presentation to the seminar, he argued that autonomous systems are not ends in and of themselves, but must be seen as part of a wider force structure modernization effort.

He warned: “It is important to be aware of the risks. Cyber threats are persistently targeting global businesses, so Defence must prepare itself during the transformation of its logistics capability.”

Aware of the risks, how do we shape a way ahead for transformed logistics?

I had a chance to follow up with Col. Beaumont during a phone discussion in April 2021 to discuss how he saw the way ahead.

It was clear from looking at his presentation that Beaumont highlighted the role of better information systems and the internet of things as a core way ahead to shape a more effective logistics support system.

As Beaumont started the discussion: “The new automation and autonomous systems technologies offer great promise and provide valuable tools which will be adopted more widely over time.

“You don’t want to get seduced by technology to the point that you’re taken down some rabbit warrens that create risks in themselves.

“I see automated tools as providing for serious strategy change in a relatively short period of time, rather than overemphasizing what autonomous platforms can quickly provide.”

By shaping more capability to use information tools, automation tools associated with the Internet of Things allows is for reshaping the template for logistics support.

As that template is worked, the ecosystem is created within which further ability to leverage next generation automated systems is enhanced.

It is a question in some ways of putting the cart before the horse.

Beaumont highlighted that “even as simple an effort to implement enterprise business tools but to do so within a deployable system is a key advancement which allows us to shape a more effective way ahead.

“In large part it is about building sensor networks within an overall logistics system and finding ways to tap into those networks to provide for more effective decision support and for these new systems to enable better domain knowledge throughout the logistics enterprise.”

“It is about taking those sensor networks and having the computing tools which enable you to be able to rapidly predict or act without direct human intervention to enable decisions with regard to doing the right thing in the right place at the right time to support the force from a logistics point of view.”

His focus clearly is upon shaping a logistics enterprise system which can use automation and information more effectively to drive better tactical and strategic decision making with regard to logistical support.

What we have already seen in practice is the challenge of overcoming cultural and organizational barriers to do so.

We have seen in some militaries over-reliance on commercial IT systems which leaves their logistics system vulnerable to adversary cyberattacks.

We have seen in the case of a new enterprise support system like the F-35 resistance to change in order to use the information generated by the enterprise system to change the configuration of logistics support itself.

As Beaumont put it: “To use a new system effectively, you have to develop the processes that truly can leverage the new system.

New technology is not a bromide that solves anything.

You actually have to think about usability to the force.

You have to think about finding ways that technology actually empowers the force rather than just simply disrupts it.

It is often called disruptive technology, but that’s not a positive thing if it’s so disrupts if you have actually reduced the capability of the force to fight.

We then turned to the question of how autonomous systems could be introduced into the Australian Army with a real benefit for the force and expanding its operational capabilities.

From the logistics side, the challenge is two sided – how do you bring these assets into an operational environment?

How do you service them?

How do they help rather than burden the force?

How can they provide logistical support for a deployed force most effectively?

We discussed one area where it might make a great deal of sense to get the kind of operational experience where such systems could be introduced and supported without introducing excessive risk to the combat force, namely, in support of HADR missions. A HADR mission involves moving significant support forward from either an air or sea delivered force.

How might autonomous systems be used to assist in moving relief supplies to the right point and the right time?

How might deployable “internet of things” automated information systems be set up to manage the flow of supplies to the right place and at the right time?

Beaumont noted that at the Williams Foundation Seminar “there seemed to be a wide consensus upon the importance of experimenting with these new systems to determine how best to use them.”

In short, Beaumont highlighted the near term opportunities to use new enterprise system approaches and technologies to reshape the logistics enterprise system and in so doing shape the kind of template which was conducive to further changes which autonomous systems could introduce.

The Australian Army Dismounted Combat Program, in collaboration with the Combat Training Center and civilian industry leaders, presented a variety of robotics and autonomous equipment to soldiers and officers of the 3rd Brigade at Lavarack Barracks on 19 February 2021. Equipment on display included the Drone40 Unmanned Aerial Vehicle from DefendTex, Warfighter Unmanned Ground Vehicle by Built In Australia 5 and the HDT Hunter Wheeled Offload Logistics Follower from Explosive Protective Equipment. The Dismounted Combat Program focuses on achieving modernisation of the dismounted combatant to ensure our people are informed, protected and enabled.  Credit: Australian Department of Defence.

How to Think About Next Generation Autonomous Systems in the Evolving Defense Landscape: The Perspective of Marcus Hellyer