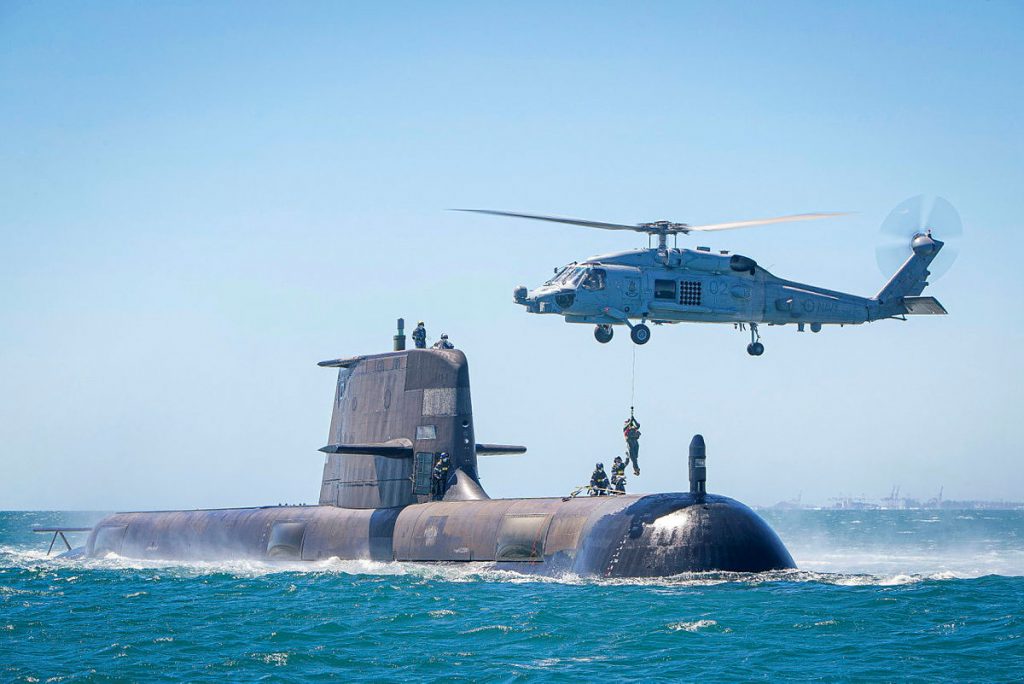 The Royal Australian Navy is in the early stages of a long transition that is notable for its strategic risk. Both its core surface and subsurface combat fleets are ageing but are planned to be replaced by vessels that are still in the design phase and are years away from entering service. Many commentators have remarked on the capability risk presented by replacement schedules that are better suited to an era of strategic stability rather than our current one of growing instability and uncertainty. Not only does the current plan not increase capability for a decade or more, but it also provides little margin for error in simply avoiding a capability gap as the existing fleets age out.

Some transition risks are already being realised. The overly ambitious ‘cut steel’ date for the first Hunter-class frigate has already been moved from 2020 to 2022, but the Defence Department has been indicating for some time, both at Senate estimates hearing and in its own reporting to the government, that even that schedule is under pressure. Defence’s acknowledgement that the weight of the frigates has grown substantially from 8,800 to 10,000 tonnes confirms that the integration of new weapons, sensors, combat management systems and helicopters into what was already an immature reference ship design is difficult. That lends credibility to recent media reporting that the government has agreed to delay the start of construction even further to 2024. That likely means that the entry into service of the first vessel will also be delayed from the planned date of 2031—and the Anzacs will have to serve even longer, probably well into their thirties.

So far that doesn’t seem to have generated much interest for a ‘Plan B’ for the frigate transition, but there has been much discussion of a Plan B for submarines. Originally that occurred outside of Defence, but it’s become increasingly clear that the problem is being considered inside Defence. But it’s a very confused and contested space. Let’s assess what we’ve learned over the first half of the year.

Plan A for the future submarine program currently involves an Attack-class submarine entering operational service every two years from 2034. Since there will be 12 boats, the final one won’t be operational in the mid-2050s. Because the first Collins-class submarine is due to retire in 2026, followed by a sibling every two years, the fleet would be down to one boat by the time the first Attack-class boat arrived. That’s why Defence has been planning to extend the life of the Collins fleet to give it a further 10 years of service.

That’s the first confusion to clear up. The Collins life-of-type extension is not a Plan B as some have suggested—it is an unavoidable, essential element of Plan A. It’s already built into Defence’s transition planning. The key decision for Defence and the government was not whether to do a LOTE or not, but whether it would focus on availability or capability. If the former, they could minimise the technical and schedule risks but ensure they kept submarines in the water. If the latter, they could seek to enhance capability but run the risk of having boats in sheds as technical risk materialised and upgrades schedules blew out (see here and here).

Since Defence virtually always prioritises quality over quantity, it’s already picked its sweet spot on that spectrum, stating at Senate estimates, for example, that it intended to preserve the Collins as a ‘regionally superior’ capability until their retirement and insisting that the technical risk of doing so was manageable.

In short, despite some media commentary suggesting that new Defence Minister Peter Dutton was going to make Defence do a robust LOTE, the department had already been preparing for a substantial upgrade for several years, including three of the five major systems on the Collins (main motor, diesel generators and electrical distribution systems). In essence, Defence is aiming for a ‘son of Collins’.

It’s possible that Dutton could push Defence to go further, but replacing the remaining two major systems would entail significant risk. The first is the weapons handling system. Some kind of ‘mega-tube’ such as Sweden has installed on its submarines that could launch and recover larger uncrewed underwater vessels would certainly have its uses, but it would probably require a complete redesign of the front end of the submarine. The final major system is the batteries. Dutton could direct Defence to use an early LOTE as a test bed for a lithium-ion-powered submarine, but considering Defence’s consistent rejection of the idea of putting lithium-ion batteries in the first batch of Attack-class boats because it sees the technology as immature (despite Japan having installed them in two Soryu-class submarines already), he would have to overcome significant resistance from the department.

The other confusion to clear up is the view that, because the government hasn’t made any formal announcements about the LOTE, Defence has done little or no work on it. It’s been clear from numerous Senate estimates hearings that design work for the LOTE is well underway. What’s new is that the government has now committed to acquire the first set of equipment for the LOTE. ASC has confirmed that those systems have been ordered for the first boat. It’s not clear why the government hasn’t made an announcement about this, instead allowing public confusion over the status of the LOTE to reign, but it seems to have given up in general on sharing with the Australian parliament and public what Defence projects it has approved. That doesn’t help build confidence in the overall submarine transition plan. Nevertheless, preparation for the LOTE is well advanced.

Of course, that doesn’t mean it will all go smoothly. The greater the scope of the upgrade, the greater the technical risk. So, it’s extremely strange that ASC also stated that it hadn’t yet engaged with Saab. Not only is Saab the designer of the Collins class, but it has just put Sweden’s own submarines through a very extensive upgrade. If you were planning to put your own Swedish-design pedigree submarine through an extensive and technically risky upgrade, wouldn’t the first thing you’d do be to talk to the people who have just done the same thing and identified and mitigated a lot of the risks already?

In fact, there are already some hints that the scale of the LOTE might be overly ambitious; ASC indicated in June that some scope has been moved out of the ‘core package’ into later tranches for which design work has not commenced. As more technical risks materialise, impacting cost and schedule, it’s possible that more scope could move off into the future and potentially never be delivered. The sooner Defence and ASC can draw on Saab’s experiences, the better.

The other new news with the LOTE, again according to media reporting rather than any formal announcement, is that the government has decided it will put all six Collins through LOTEs. That makes sense, but it was already a foregone conclusion if the government wanted to avoid a capability gap. Indeed, over time as the Attack-class schedule has developed, Defence has progressively changed its messaging on the number of Collins needing to undergo LOTEs from ‘one to three’ to ‘at least five’.

Agreement to six provides some risk buffer against further delays in the Attack class. And even if the future submarines are delivered on time, doing all six Collins means more capability at a time when we desperately need it, plus having more submarines gives the navy the capacity to train the much larger number of submariners that will be needed for the future fleet. But it’s important to note that even if the LOTE and Attack-class programs are delivered on the current schedule, the navy will be capped at eight submarines until nearly 2050 unless it finds a way to accelerate the build of the Attack boats.

Agreeing to upgrade all six Collins also provides more certainty to industry. The Collins are meant to get similar main motors and diesel generators (made by Jeumont and MTU, respectively) to the Attack class. That means industry is now supplying a combined Australian submarine program of 18 boats, which is likely the largest submarine program in the western world outside of the United States. That creates the economies of scale needed for overseas suppliers to establish production facilities here. If Defence isn’t seeking to assemble those three main systems here, parliament should be asking why.

On the location of the LOTE, there’s nothing new to report. The government refuses to announce whether it’s going to move the site of Collins full-cycle dockings (and by default the LOTE, which is essentially a more comprehensive FCD). With Defence and ASC having done all the analysis they can on the pros and cons of Adelaide versus Henderson, the only explanation is that the government is saving its decision up for an election campaign announceable.

So, now that we’ve gained a little more clarity on Plan A, what about Plan B? I’ll look at that in my next post.