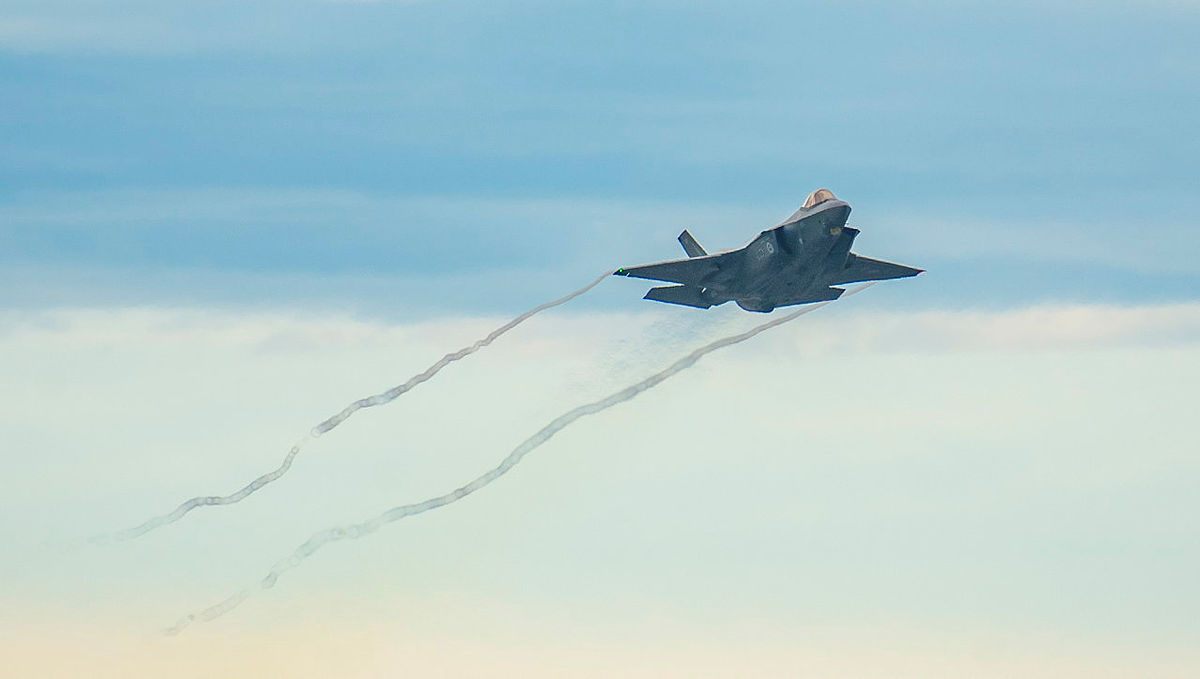 I write for the 27-year-old fighter pilot, barely combat-ready, who has a spouse and 2 kids at home.  He/She is good enough to be a fighter pilot but not experienced or talented enough to overcome a bad airplane and old systems when we send them into a hostile world.

That is who I have always worked for…the same pilots I led in combat more than 20 years ago.

They were my focus when I tested Typhoons in Germany, F-16s in Texas, and California and all the years of F-35 testing…not the companies or their program managers or VPs but the warriors who were going to be sent into combat.

‘Come As You Are’

It is most certainly the case that air forces are sent in a state of ‘Come As You Are’.  There is never a period where one gets to upgrade their airplanes, the capabilities, the weapons systems, the sensors before being deployed.

I commanded the Canadian fighter wing that flew in combat during Operation Allied Force.  The CF-18s did not have enough infrared pods for each of the 18 jets, barely enough laser guided bombs to keep up the pace that we were dropping them, or even Night Vision Goggles to allow our pilots to see at night when we fly night attack missions with our lights extinguished (think driving down an autobahn in Germany at night at highway speeds with no headlights on).

Air Forces must have a fighter jet equipped to operate, survive, and complete their missions without losing their pilots and fighter jets in the action.

In the case of the Canadian fighter competition, the process is far along, and proposals submitted and (theoretically) it is all up to government officials to decide which plane and company offer is best.

However, there is still a lot of aggressive marketing trying to influence the government’s decision by influencing the publics hearts and minds.  So much of what is published is brilliant marketing and not understandable to the average person on the street.

My goal is to:

I was the first Hornet nugget in Canada meaning that I went straight from pilot training into fighter pilot lead-in training into the CF-18, on the first Hornet course destined for the first operational CF-18 squadron…that is almost 40 years ago; a long, long time ago and before most present-day CF-18 pilots were even born.  Capability of military hardware in peace-loving nations does not trump all…and ‘Good Enough’ often wins.

If someone thinks Canada or Finland or Spain can buy a new fighter airplane that is ‘Good Enough’ right now in the hopes that that country will buy a newer and better one in 15 or 20 years, they have failed completely to understand modern day military procurement.

There will not be another fighter purchase for 50 years or perhaps ever again….so we better get this right this time.

And the compromise of ‘Good Enough’ should not prevail this time.

The task is not technical…it is Communication…a fighter plane, to the vast majority of people, is a big, loud, fast, grey airplane that wows crowds at airshows and football fly pasts.

Folks cannot tell the difference between a 40-year-old Hornet with a fancy air show paint job and a new 5th Generation stealth fighter built 1 year ago.  F-35 is not struggling because it is no capable enough, it struggles because we have failed to communicate why a 5th Generation fighter plane should matter to everyone, their friends and family.

Fighter jets and what they do are often explained in highly complex, technical terminology which, to this point in time, has been regurgitated by engineers, marketers and even politicians who themselves often did not truly understand what they were trying to explain.

Much like tough subjects that we studied in class at university, if we cannot explain what we were taught back to our partners, colleagues, friends, then we do not truly understand them ourselves.

In the case of fighter jets and new technologies, if we cannot explain in terms everyone can understand, we will be unable to distinguish why one fighter jet matters more than another.  We should then not be surprised when the politicians or media who follow these issues do not understand.

Certainly, some of the sophistication of 5th Generation fighters lies in the outer design…Stealth…but more importantly, the real capability is on the inside which no one can see.

F-35 has essentially banks of computers and sensors that can detect objects in many spectrums from radar (seeing object hundreds of kilometers away), infrared (hot and cold contrast), and electronic signals (think radar detectors like police have).  The different sensors see so much more than ever imagined in the last (4th) generation of fighters.  In the early 1980’s when the CF-18 arrived in Canada, fighter pilots like me were playing video games like Pong and Space Invaders.  2 Commodore 64K computers powered the CF-18’s mission computers.

How does a company like Boeing or Saab take airplanes with 1970-1980’s designs, already 40+ years old, and upgrade them to modern day, hoping to sell them to put in service for another 40+ years?  Conceivably Canada or Finland could buy an airplane which first flew in November 1978, which the RCAF has flown since being delivered in 1982.

That would make the airplane that Canada or Finland buys projected to operate to almost 80+ years old as the front-line fighter.

Why does it matter?

Our air forces are going back to hostile territory, likely sooner rather than later, and inevitably not at a time of their choosing.  Despite the hopes that peace and prosperity will continue around the world for generations to come, no time in history ever recorded sustained tranquility.

Nations need a fighter plane that can operate and survive in the future to protect the country itself and to contribute to coalition efforts that require combat arms.

Avoiding the mistake of buying a well marketed plane which will soon be obsolete is critical.  Picking an airplane that is ‘good enough’ now will not satisfy the need to keep a country safe in the future.

Worse, those soon-to-be-obsolete fighters will put the lives of the men and women who fly them at risk when not if they are sent into harm’s way.  Let’s see if we can help educate people on the complicated technologies and why they matter to everyone.

The featured photo:  An RAAF F-35, with the Australians being a natural partner for Canada as on the common frigate program.

This piece was first published on his blog, and can be found here: