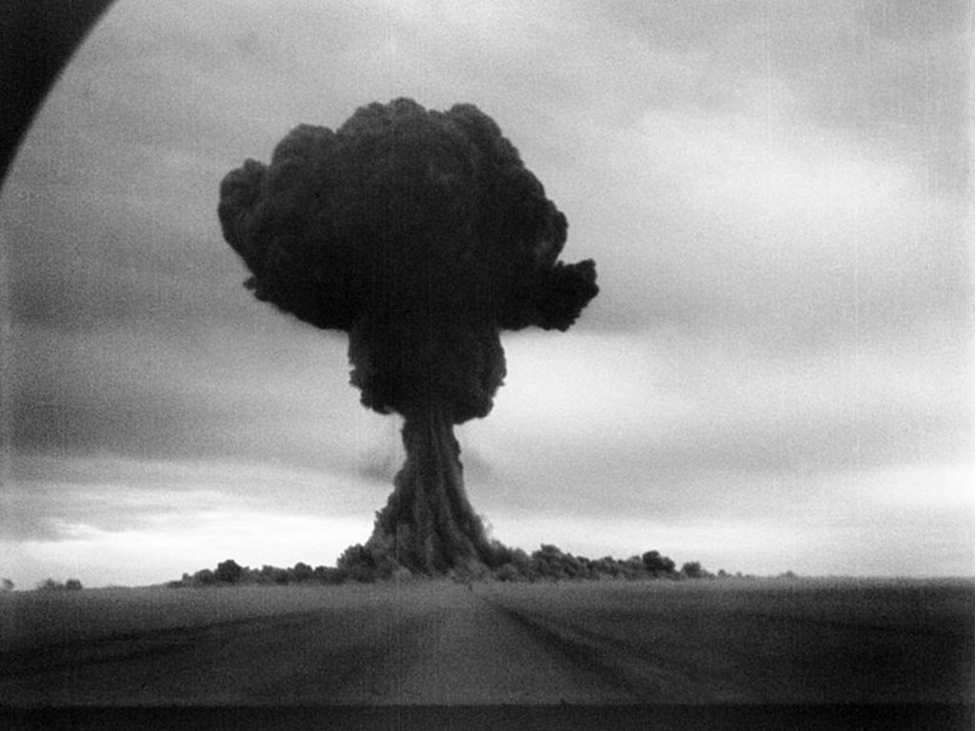 Last Sunday (March 13, 2022), Russian missiles struck the International Center for Peacekeeping and Security at Yavoriv in western Ukraine, a mere 25 kilometres from the Polish border. The strikes were carried out with cruise missiles launched by Russian bombers from inside Russian airspace. The attack killed at least 35 people and injured 134; three former UK special forces soldiers were reportedly among the dead.

Had the cruise missiles missed their intended target and struck Polish territory, it’s highly likely that NATO leaders would now be in urgent discussions about a probable Article Vrequest for military assistance. US President Joe Biden has stated in response to Russia’s initial attacks on Ukraine, ‘There is no doubt—no doubt that the United States and every NATO ally will meet our Article V commitments, which says that an attack on one is an attack on all.’

Russian President Vladimir Putin has issued implicit and explicit nuclear threats, particularly by placing his nuclear forces on ‘special’ combat readiness. He has also raised the spectre of chemical weapons. Together, these threats imply that Putin may seek deliberate escalation in order to limit NATO’s options, even if that risks extending the war beyond Ukraine’s borders. Putin may believe that tactical nuclear weapons, whether employed as a threat or actually used as part of an ‘escalate to de-escalate’ strategy, would impose such costs on NATO that it will ultimately blink if challenged. He may see Russia as having escalation dominance given its superior numbers of tactical nuclear weapons as compared to US-provided nuclear gravity bombs under dual-key control with NATO.

Putin’s assumption may be that the West won’t be prepared to risk escalation to a strategic nuclear exchange and will back down even in the face of a demonstrative use of a low-yield nuclear weapon, or large-scale use of chemical weapons against urban areas in Ukraine.

In the decades since the end of the Cold War, the perception of nuclear weapons—at least from the perspective of Western liberal democracies—has been that they have little utility beyond traditional roles of deterrence based on mutually assured destruction. In Prague in 2009, US President Barack Obama called for a world without nuclear weapons and sought to reduce the perceived role of nuclear forces as part of the US national security strategy, while at the same time not undermining US deterrence.

Obama’s Prague speech didn’t change the operational posture of nuclear forces significantly and preserved the essence of the negative nuclear security assurances. Yet it highlighted and gave impetus to a mindset among many in the Western arms control community  that nuclear forces no longer had utility or a rationale following the end of the Cold War. Idealistic views of a world without nuclear weapons led to the nuclear banmovement, and continue even as the world confronts a Russia willing to rattle nuclear sabres, and as China rapidly expands and modernises its own nuclear forces.

Russia’s willingness to make nuclear threats to deter NATO intervention in support of Ukraine, even as thousands of civilians die under indiscriminate Russian artillery fire, suggests that from Moscow’s perspective, nuclear weapons are very useful indeed. Other states that have nuclear weapons, such as North Korea, or that seek them, such as Iran, will watch with interest how even the mere threat of nuclear weapon use acts to checkmate any direct military response from the US. China in particular may reconsider its own stated ‘no first use’ posture in any future crisis over Taiwan.

The challenge is not just about Russia’s willingness to make nuclear threats, or, potentially to escalate to use of chemical weapons, but also about NATO’s response to those threats. Biden said that Russia would ‘pay a severe price’ if it uses chemical weapons, but then in the same speech declared, ‘We will not fight the third world war in Ukraine.’ The risk of this mixed messaging is that it erodes deterrence against escalation by Russia. It effectively draws a red line—as Obama did against use of chemical weapons in Syria in 2014—and suggests that any actions below that line won’t generate US or NATO intervention. In effect, Biden’s vague language has opened up Putin’s calculus of escalation options. Rather than tell Putin what the US wouldn’t do, it would have been better to employ strategic ambiguity to generate uncertainty in Putin’s mind on what would bring in NATO. A chance to constrain Putin’s options to escalate has been missed.

The fear of nuclear war is entirely understandable. The finality of such a global catastrophe is absolute, with cities devastated and civilisational collapse unavoidable. Humanity’s survivors would struggle over ensuing years and even decades to restore functioning societies and deal with the climatic and humanitarian impacts of a potential nuclear winter.

The risk is that Putin will manipulate this fear to limit NATO’s ability to respond, either to a direct attacks by Russia on NATO or to a further escalation of the conflict against the Ukrainian people, including through use of  weapons of mass destruction. For example, if Russia were to use chemical weapons in Ukraine, and at the same time make additional nuclear threats to NATO, what would the US and NATO be prepared to do? If the response was limited to more economic sanctions, it would be akin to Obama failing to enforce the red line he declared in Syria in 2014.

Such an outcome would just encourage further Russian escalation. Having got away with escalation to chemical weapons in a bid to break the will of Ukraine, might Putin then be tempted to go the next step and use a tactical nuclear weapon? How should NATO respond then, given Russia’s perception that it has escalation dominance and the clear unwillingness of NATO to risk a strategic nuclear exchange?

One possibility that emerges in this hypothetical scenario is that Putin could exploit the fear of escalation to force de-escalation in a way that leads to a settlement or ceasefire more amenable to Russia’s objectives. The terms would be dictated by an emboldened Putin, and he could achieve his goals of a Ukraine never able to join NATO, Russian annexation of the Donbas and acceptance of Crimea as part of Russia. That would put NATO’s credibility at risk and it would sow the seeds for a future war with Russia, perhaps over the Baltic states, or a deeper invasion of Ukraine.

The US and its NATO partners should not have been so glib and dismissive about the role of nuclear forces or suggested they were no longer central to potential military crises. Nuclear weapons matter, and NATO is now struggling to deal with a very clear threat of nuclear use from Moscow. Perhaps scrapping large numbers of tactical nuclear weapons, while leaving Russia with a huge quantitative superiority and ignoring NATO nuclear modernisation, was also a mistake.

The assumption that Europe would never again face major-power war was clearly premature. History never ended, and now we confront its very worst aspects in Ukraine.

Malcolm Davis is a senior analyst at ASPI. He is on Twitter at @Dr_M_Davis. Image: Sovfoto/Universal Images Group/Getty Images.