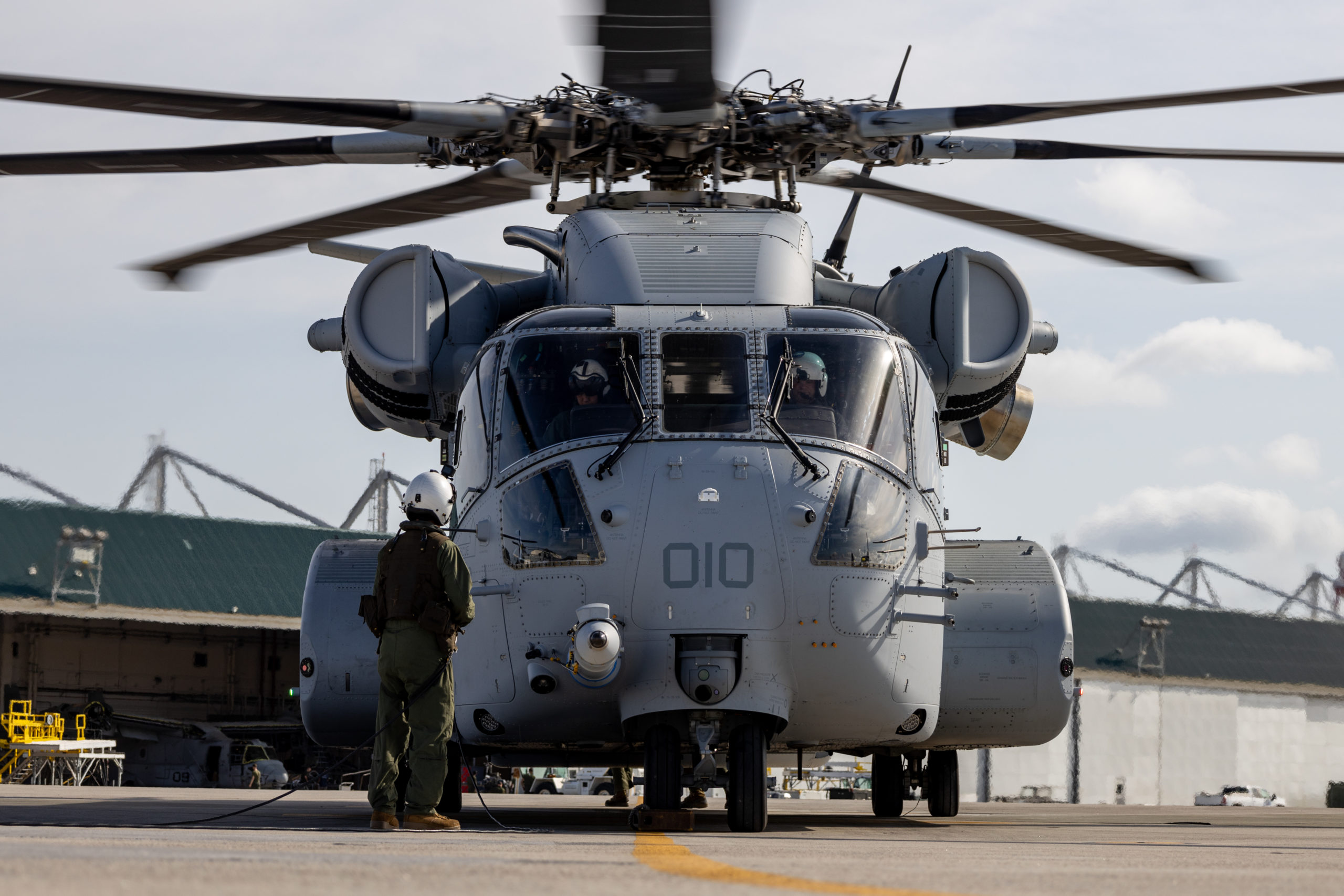 It is fair to say that no ground combat force is working harder on mobile basing and force distribution than the USMC.

In my view, indeed, some of USMC thinking is far more relevant to the future of the German ground forces than traditional U.S, Army thinking.

Indeed, while in the Cold War the U.S. and German Armies worked force integration, the need to shift to forward defense for an integrated, multi-domain German force is far more similar to the USMC and its focus on operating from mobile bases.

How the CH-53K fits into USMC thinking clearly has relevance to German decisions on heavy lift going forward, notably with the need for integrated lift from the A400M through to the C-130J to its rotorcraft lift force.

In an interview I did with Marines at MAWTS-1 earlier this year, USMC thinking about the K and force mobility was highlighted and along with it clear potential lessons for German armed forces which would operate forward but need to work force distribution for survivability as well.

That interview was conducted during the first week of April 2022 and I published the interview on May 20, 2022.

During my recent visit to MAWTS-1, I had a chance to talk with two Marine Corps officers with significant experience in working force distribution and sustainment issues with USMC heavy lift assets. With the coming of the CH-53K, the capability of the USMC to work distributed operations, from the sea, from the land, or in support of the joint force is significantly enhanced.

I met with Maj Sean Charvet and Capt Vihlen who spearhead the work of MAWTS-1 on heavy lift training and mission planning for using the unique heavy lift helicopter capability which the USMC has and is in the process of introducing the CH-53K, ramping up their capabilities as well.

The CH-53E and the CH-53K are both heavy lift helicopters unlike the Army’s Chinook series, which are medium lift helicopter. And both the E and the K are air refuellable helicopters, whereas the Chinook has some versions which are and most that are not.

As one of the participants put it: “When discussing lift capacities of a helicopter, it is very dependent on environmental conditions. With the K we will see a consistent significant lift capacity at the higher end. So if you have to lift 20,000- 25,000 pounds, you might start taking things off the plane to make it lighter, which now may reduce the capability, its defensive capability, and your ability to carry troops. What the K provides is a stated capability to do heavy lift and it can do that on any given day. And that is the hardest concept for people to grasp about why the K is so significant for the USMC.”

They discussed how distance is a logistics problem. And the air refueling capability as well as the lift capacity of the K provides ways to deal with the distance problem. One way is simply the fact that it can fly further because it is air refuellable. Another way is by the load outs which the aircraft carries means it can support a wider range of basing locations and support a more widely distributed force.

This is especially important when comparing what the K can do compared to a fixed wing aircraft like the C-130J. As one participant put it, there are a limited number of airfields to which the C-130J can go.

The adversary can plan in advance with regard to where the Marines might go given that logistical support requirement driven by fixed wing sustainment. With the K, there is no such limitation. Force distribution can be determined by need and impact and the K can insert and support and exit with that insertion force.

The officers made the point that the K was coming at the “right time” in terms of the focus on mobile and expeditionary basing but in terms of technological development as well. Because of the automation built into the aircraft, the crew can focus on mission management. And as a fully digital aircraft with slots for new digital capabilities, the aircraft can be part of a C2 mesh network and facilitate integration of a distributed force.

We discussed the role as well of seabases as mobile assets and how these seabases can operate as “mother ships” to insert, support and withdraw insertion forces. They made the point that a rotorcraft has a significant advantage over a small ship like the LCAC in doing so.

As one participant put it: “If you can track an asset you can target it. The advantage we have in our helicopters is our capability to manage our paths to deploy and support force. We do not need to go from a fixed point to a second fixed point; we can operate with variable tracks and as the ship we launch from is moving as well. An asset like the LCAC while very valuable is not a very flexible deployment asset.”

Throughout the discussion, the officers highlighted in a variety of ways why they believed the K was coming at the right time. One aspect was that although the systems which allow automation on the K were new to heavy lift, they are not new to military or commercial aviation. That just simply had not been applied to heavy helicopter lift before.

They have both worked the fuel delivery side of USMC operations for many years. And in discussing the contribution of the K to the projected need to operate distributed bases, they emphasized that the lift capacity and flexibility of the K would be crucial to enabling effective sustained distributed force operations.

This is how one participant put it: “Whether its an organic USMC or joint force asset, we can refuel multiple assets based on what a K can do, because it just carries more. It just has more capacity to carry the things that you need.”

Working expanded and effective networks are a key part of the way ahead for the USMC, notably as it works towards greater integration with the joint force. Here the coming of the K as an all-digital aircraft can be part of the digital transformation of the USMC as it goes down the path of enhanced methods and approaches to force distribution.

Indeed, the K is coming at the right time to the USMC.

The flight signified the beginning of HMH-461’s modernization from the CH-53E Super Stallion to the CH-53K King Stallion.