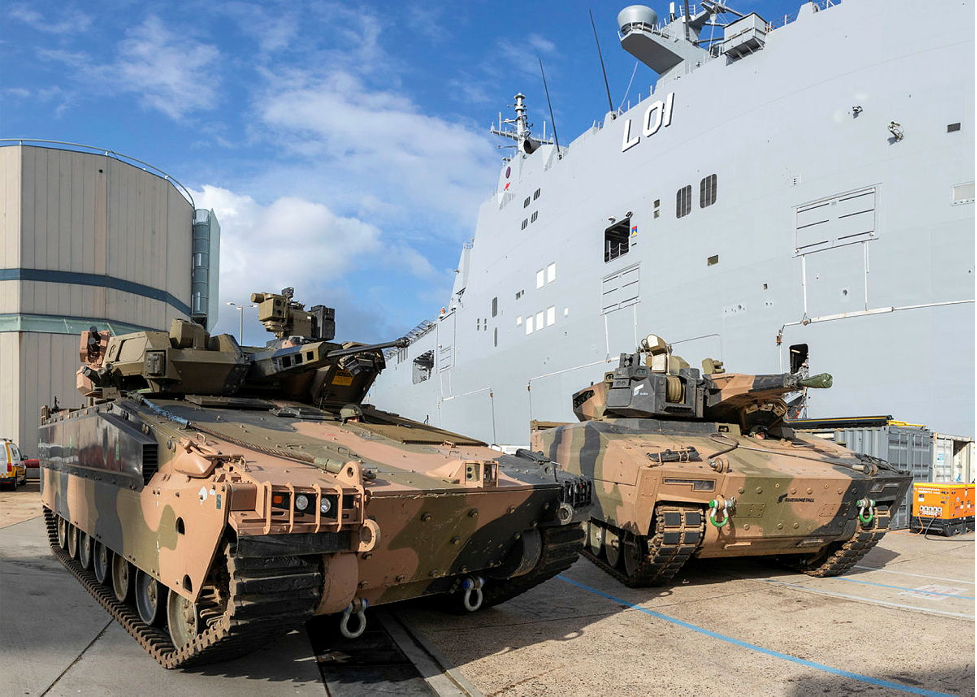 ASPI recently published Albert Palazzo’s excellent, balanced report on the Australian Army’s planned infantry fighting vehicles, or IFVs. The report achieves its goal of explaining the purpose and nature of the capability. But reading it in its various drafts reminded me that successive governments, for better or worse, have regarded heavy land forces differently from other areas of defence capability. In this piece I’m not going to argue for or against that capability but simply highlight that governments don’t appear to have shared Defence’s priorities.

The Australian Army’s M113 armoured personnel carriers are obsolete. Nobody disputes that. They’ve been obsolete since—well, there are no hard and fast rules around obsolescence. They went to Somalia in the first half of the 1990s and to Timor-Leste in 1999 and again in 2006, but due to their lack of protection, none were sent to Iraq or to Afghanistan in any part of Australia’s long deployments there. So for higher threat environments, they’ve been obsolete for decades.

In 2011, when I returned to the Department of Defence’s contestability function after several years away, the first thing I had to do was prepare a paper for senior committee consideration of the Land 400 constellation of projects, which are to deliver the army’s land combat vehicle system. It was acknowledged by all even then that the M113 was obsolete and the Australian Light Armoured Vehicle, or ASLAV, wasn’t far behind.

The army has consistently argued that the lack of an adequate IFV represents a major capability gap because an IFV is an essential component of a balanced combined-arms concept of warfare. Without it, an army can’t conduct combined arms effectively and consequently can’t operate with acceptable levels of risk in medium- to high-threat environments.

So, why hasn’t the M113 been replaced already? Land 400 Phase 3, which is scoped to acquire a fleet of 450 modern IFVs, has been part of Defence’s investment plan for years. After a long and rigorous evaluation process, the government’s consideration of Defence’s recommended solution (either Rheinmetall’s Lynx or Hanwha’s Redback) was scheduled for September this year. That now appears to have been deferred, potentially until the defence strategic review is finalised in March. But even if a second-pass decision had been announced in September, delivery of the complete system still wouldn’t have occurred until well into the 2030s.

Whether the previous government would have approved the capability as scheduled is a moot point, but it’s worth noting that it requested Defence to provide it with costed options for fewer than 450 vehicles.

This brief historical review raises the question of why, if the capability gap is so serious, the delivery of a suitable replacement has taken so long. Why has the government accepted a capability gap that will have lasted around 40 years?

The contrast with two other areas in which Australian governments haven’t accepted capability gaps couldn’t be more stark. In 2006, Defence Minister Brendan Nelson did not accept the department’s assurances that it could maintain an adequate air combat capability throughout the long transition from the F/A-18A/B Classic Hornet and F-111 fleets to the F-35A. Frankly, as the author of the cabinet submission that set out that transition, I didn’t find the department’s business case to be particularly compelling either, but it’s quite remarkable that the minister overruled his department’s advice. On top of that, he persuaded his cabinet colleagues to find $4 billion in additional funding for a ‘bridging’ air combat capability that the department hadn’t even asked for.

The case of submarine capability is even more dramatic. For years, ministers and government officials told the Senate and Australian public that the Attack-class submarine being designed by France’s Naval Group would provide a ‘regionally superior’ capability. And then, suddenly, even before construction started, the previous government assessed that it would be obsolete virtually the moment it was delivered. Instead, that government embarked on an ambitious, lengthy and extremely expensive pursuit of nuclear-powered submarines. One can only conclude that it believed it was worth $100 billion or more to address the prospect of an obsolete submarine capability.

Moreover, in light of the extended schedule that’s likely to be built into the establishment of a nuclear-powered submarine capability, the new government has now flagged that addressing the prospect of any capability gap that may emerge during that transition is a key part of the work of the strategic review.

It seems reasonable, then, to conclude that successive Australian governments have regarded the risks presented by shortfalls in land combat capability to be more manageable than risks in air and undersea combat capability. And the historical record of recent decades would show that Australian governments have found ways that manage the former to their satisfaction. We can argue about whether Iraq and Afghanistan were wars of necessity or wars of choice in terms of whether Australia showed up or not, or whether a strategy of relying heavily on small numbers of special forces was a successful approach. But the governments of the day seemed to believe they had sufficient choices and didn’t rush out to acquire heavy land capabilities—even modest interim or ‘gap-filling’ ones—to send to those contingencies.

Different observers will have different explanations for this. In my view, the ‘defence of Australia’ doctrine has cast a long shadow over Australian strategic thinking. Rightly or wrongly, Australian politicians ultimately believe that an adversary has to cross the air–sea gap, so stopping that from happening is the highest capability priority. The supporters of armour haven’t been able to overcome that assumption.

Advocates of armour have generally made their argument at a number of levels: a general case that soldiers need protection; a doctrinal case that it is necessary for combined-arms operations; and a tactical case that armour can be used in complex terrain, for example. But where they have had less success cutting through is in making an operational case that is situated in our region—that is, explaining the kinds of real-world scenarios in which armour would make a difference in protecting Australia’s interests.

That committee paper a decade ago recommended that Defence explain to the government how the capability would be used in likely contingencies in our region. It wasn’t done back then; I don’t know whether it has been done since. Palazzo’s paper suggests some examples of how and where it could be used and they are certainly within the realm of the possible. In my experience, proponents of armour generally don’t do this, instead arguing that it’s impossible to predict all contingencies. What the government wants, they say, is options to address any potential contingencies and armour does that. Perhaps. There are lots of capability options that Australian governments have chosen not to hold.

When real-world examples of contingencies are put forward, I’m not sure they are particularly compelling for governments. For example, some proponents of armour point to the possibility of another contingency like the battle of Marawi, an urban fight in Southeast Asia that Australia could deploy heavy land forces to. But in the actual battle of Marawi, Australia provided a range of assistance to the Philippines, such as training and intelligence, surveillance and reconnaissance; that is, the government did have viable options to contribute. At this point the discussion devolves into unanswerable hypotheticals: would the government have sent heavy land forces if it had had them? What if the contingency wasn’t discretionary? What if it was closer to home or at home?

Throughout the post–Cold War era characterised by stabilisation, counterterrorism and counterinsurgency operations, Australian governments did not see the need to have options to deploy heavy land forces. The question is, will that change now that we’re in an era of renewed great-power competition that presents the prospect of conventional conflict with a peer adversary? Will the government see the ability to conduct close-quarters land combat as a higher priority than, say, enhancing long-range strike and denial capabilities? It’s entirely possible. But while the government has delayed the IFV decision, it has said that nuclear-powered submarines and the Hunter-class frigates are not in the strategic review’s trade space, suggesting that the traditional capability priorities haven’t yet changed.

That doesn’t mean the government won’t agree to the full scope of Land 400 Phase 3, or at least a large part of it, particularly if the strategic review makes a strong recommendation in its favour. But I would suggest that Defence would help the government reach that decision if its narratives moved beyond the abstract and explained how the capability would play a role in plausible contingencies in our near region in an era of great-power competition. The concrete is always more compelling than the abstract.

Marcus Hellyer is ASPI’s senior analyst for defence economics and capability. He is on Twitter at @Marcus_ASPI.