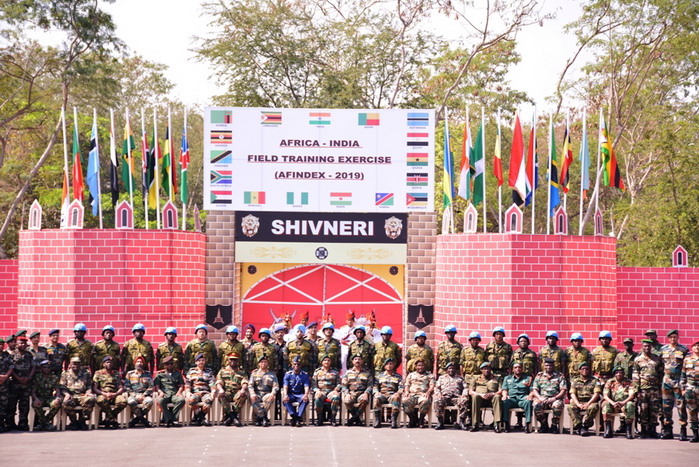 The Indian Army is about to conclude its ten-day inaugural Africa-India Field Training Exercise with 17 African nations, which comes as part of India’s efforts to improve military cooperation with African states.

Major General Sanjeev Sharma, General Officer Commanding, Golden Katar Division, who was the Chief Guest for the opening ceremony, reviewed the parade, in presence of a large number of Defence Attaches and other officials of participating nations. A fly past by a set of Dhruv Advanced Light Helicopters and Cheetah helicopters of the Indian Army was the highlight of the opening ceremony, the Indian military said.

The mine assistance component included demonstrations and training on the establishment and functioning of a Mine Action Centre, identification and survey of contaminated areas, mechanical and manual demining, disposal of improvised explosives devices and air causality disposal.

The training of the participating nations was conducted at the College of Military Engineering (CME) in Pune and the Foreign Training Node at Aundh Military Station.

The mine assistance aspect of the programme included training the trainers from the participating nations. The second phase involved detailed training of the entire contingent of around 180 trainees on various aspects of humanitarian mine assistance. The third phase involved practising drills on the ground as part of a validation exercise. During this exercise, a Dhruv helicopter was used for simulating mine casualty evacuation.