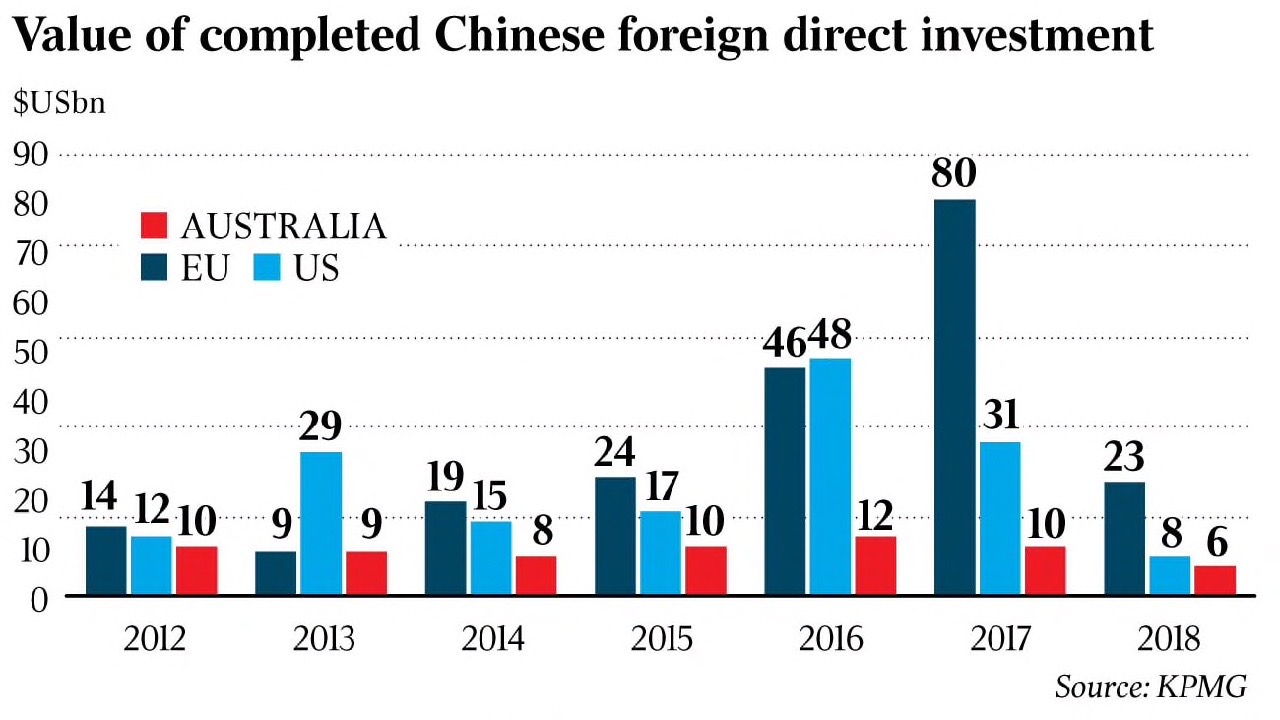 The impact of Chinese direct investment in Australia on Australian sovereignty has become an issue with increasing visibility.

The seminar this week in Canberra being held by The Williams Foundation is focus non the sovereignty issues for the ADF,

But there is the broader issues of the importance of having. an Australian National Security policy which can provide for greater capability to provide for enhanced sovereignty for Australian infrastructures as a key national effort.

According to an article by Glenda Korporaal published in The Australian entitled “Chine Invest Less as FIRB Toughens Up.”

China’s new investment in Australia has fallen sharply as a result of tighter foreign investment scrutiny in Australia and overseas investment policies in China favouring Belt and Road projects, according to a survey to be released today by KPMG and the University of Sydney.

The survey shows that new investment from China was down by more than 36 per cent last year to $8.3 billion, with a big fall in investments by Chinese state-owned enterprises (SOEs), which face tougher scrutiny from the Foreign Investment Review Board and regulators.

The article quotes Doug Ferguson, KPMG’s head of Asia and International Markets, with regard to the sharp fall in investment in Australia despite an overall increase in Chinese overseas investment overall.

Ferguson is quoted as follows:

“Money in China has been allocated to Belt and Road countries through central Asia and east Asia, while some countries like France, Spain and Sweden have also had an increase.

“It has been largely the countries that have been recipients of BRI investments which have done well out of new Chinese investments in 2018,” he said.