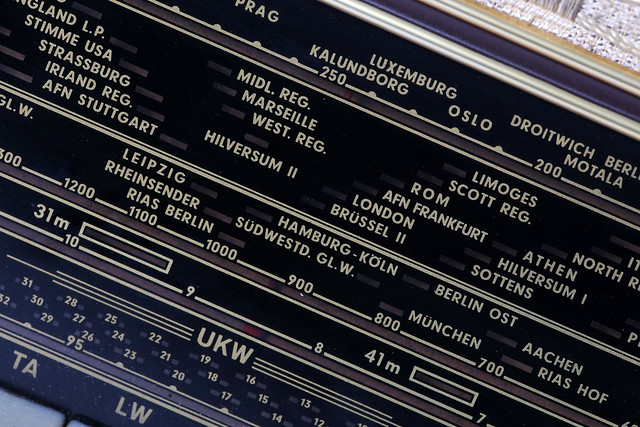 Huawei is perhaps the most enigmatic company on the planet. The Chinese communications firm is not publicly listed, and despite being one of the world’s largest firms, basic information about its structure, ownership and business activities is difficult to unearth. It is not simply opaque from the outside; secrecy also pervades its internal culture. Most of the company’s own employees are reportedly unaware of the details of its inner workings, which are highly centralised within its Shenzhen headquarters.

Huawei’s notorious lack of transparency contrasts with a growing interest in the company throughout the West. Despite the attention the company has drawn, there’s no consensus on its nature. Many in the business sector emphasise its role as a major commercial player and, increasingly, as a technological innovator. In the wake of the government’s August 2018 pronouncement effectively excluding Huawei from Australia’s 5G mobile network, Vodafone’s Dan Lloyd condemned the decision as one that ‘fundamentally undermines Australia’s 5G future’. Other commentators stressed that the decision would increase the costs of developing 5G, which would only result in higher consumer prices.

Some observers downplay the commercial side and instead stress other, non-commercial, characteristics of the company. These analyses tend to emphasise the historical linkages between Huawei and China’s security apparatuses, as well as the capacity for the Chinese Communist Party to influence the company’s activities.

The truth is that Huawei has both commercial and strategic dimensions. It is a huge participant in the global market for communications hardware and of increasing importance in the field of technological innovation. No analysis of the company can neglect this aspect. At the same time, focusing unduly on its commercial characteristics misses a vital feature of Huawei: its function as an instrument of Chinese national strategy. Huawei is a private company that has been nurtured by the Chinese party-state for strategic purposes. Its capabilities, honed in commercial operations, are assets that can be (and in some cases already are) channelled towards China’s strategic goals.

The duality of Huawei’s business may appear novel or contradictory to the liberal West, accustomed as it is to clear lines of demarcation between commerce and government. However, it is not without historical precedent. As ASPI’s latest Strategic Insights paper, published today, demonstrates, Huawei’s development has strong parallels with that of Telefunken—a 20th century German company dedicated to wireless telegraphy.

The most fundamental similarity concerns the companies’ relationship with the state. Though they’re both private enterprises, Huawei and Telefunken received considerable support from the state during their initial growth phase. Hardware sales to the military provided vital early customers and the opportunity to gain practical experience. Protection of the domestic market shielded the infant companies from established overseas competitors, giving them the opportunity to grow. Once they were established, diplomatic support facilitated the opening up of emerging foreign markets not yet captured by international competitors. State support proved essential in boosting the competitiveness of these national firms against foreign competition.

Most importantly of all, both companies emphasised innovation from their inception, and were able to establish themselves at the leading edge of technological sophistication through indirect support from the state. In Telefunken’s case, it was able to access Germany’s national research networks—its world-class university system and the research divisions of electrical giants Siemens and AEG. This gave it an advantage in research and development over its foreign competitors in wireless, which didn’t have access to resources on a national scale. In Huawei’s case, the company’s intense focus on R&D has been facilitated by party-state connections, which kept the company afloat. It has also been able to access international expertise to boost its technological capabilities, particularly in Europe, where it has invested heavily in collaborative R&D facilities.

State support to boost both commercial competitiveness and technological innovation has proven instrumental in the rise of Huawei to global prominence, as was the case with Telefunken in the early 20th century. In both companies’ cases, this served the strategic goals of the state by promoting national capabilities in communications in order to escape dependence on other powers in this vital area.

The paper argues that national communications development for Wilhelmine Germany and contemporary China has two key strategic implications. One is geostrategic, pertaining to the deployment of communications infrastructure as an instrument of control over particular geographic areas. In Germany’s case it was its small and far-flung empire, whereas in China’s case it is an emerging sphere of influence, centred on Eurasia and the Indian Ocean, under the Belt and Road Initiative.

The other strategic implication relates to capacity-building, wherein commercial and technological progress increases national capabilities that can be steered towards non-commercial, particularly military, ends. In Telefunken’s case, the capacity developed during peacetime was a major asset for the German war effort from 1914, facilitating the innovative tactical and operational use of wireless communications on the battlefield. Today, Huawei is heavily involved in ‘civil–military fusion’, designed to facilitate the transfer of technologies between the commercial and military sectors of Chinese society. It is also a major participant in initiatives to develop dual-use technologies that will have significant implications for warfighting, including 5G, quantum cryptography and artificial intelligence.

Historical analysis has strong relevance for contemporary policymakers. Some may be tempted to dismiss it as a luxury or indulgence, of little relevance to the rapidly evolving technologies and circumstances of the 21st century. But historical analysis has an important role to play in relation to comprehending contemporary challenges. It provides a vantage point from which to examine our own times. By analysing past historical dynamics, it’s possible to identify parallels in the contemporary world. These suggest possible outcomes based on how similar situations played out in the past. A relevant historical example can provide hints of what might be around the corner. A heightened awareness of the past can place us in a better position to understand the present and anticipate the future.

The point is encapsulated in an aphorism often misattributed to Mark Twain: ‘History does not repeat itself, but it often rhymes.’ Familiarity with historical precedents can empower policymakers to anticipate the rhymes, and only strengthen policy responses to contemporary challenges.

Rick Umback holds a PhD from the ANU School of Politics and International Relations and is currently employed in the office of Senator Jim Molan. The views presented are his own. Image courtesy of Tim Reckmann on Flickr.