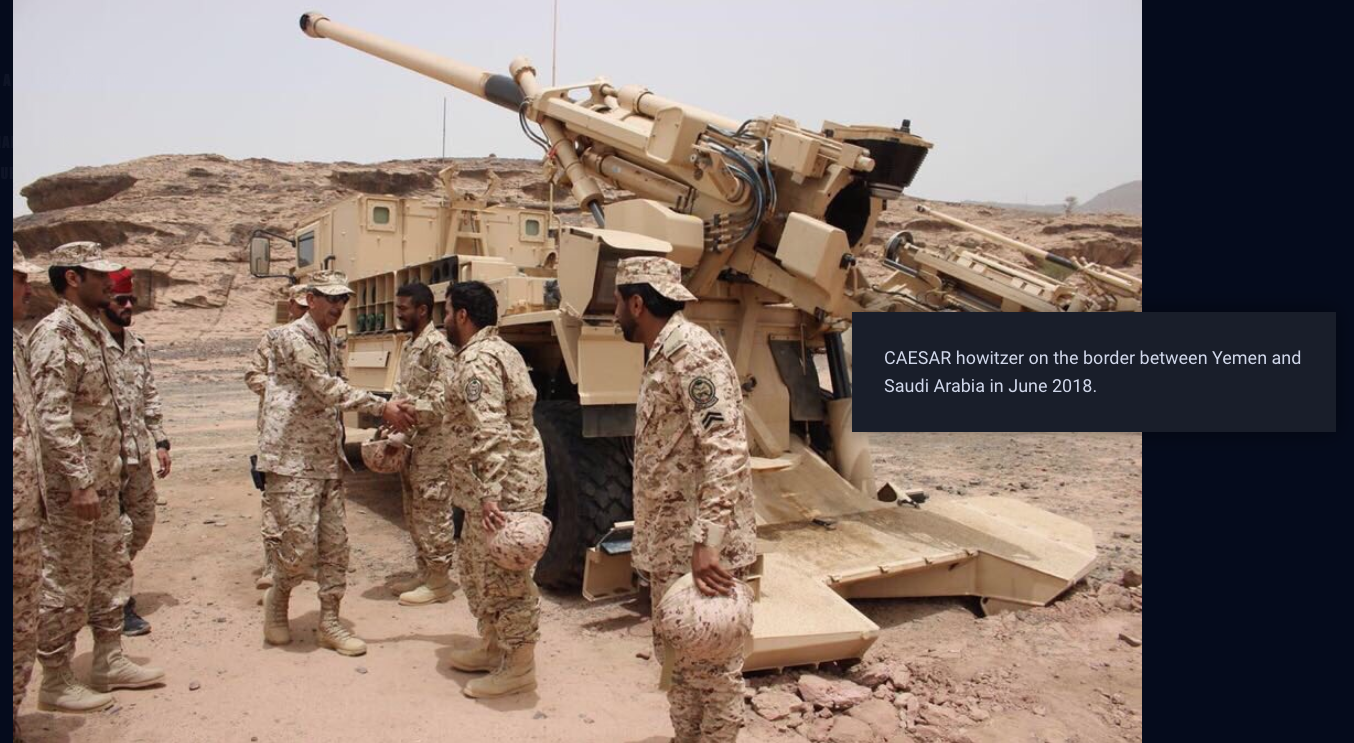 It appears that the Macron Administration is cracking down on the press.

The case in point involves the DGSI which is the French domestic intelligence service and its questioning of reporters over the publication of a classified report on French weapons being used in the civil war in Yemen.

French journalists warn that the DGSI inquiry is seeking to muzzle the press by intimidation and to use such intimidation of the press uncover the source who leaked the confidential report.

That questioning of the reporters will be held in mid May.

At a restricted meeting last Fall (Oct. 3, 2018), the DRM report was presented to the president, Emmanuel Macron, the prime minister, and the armed forces and foreign ministers.

An investigative website, Disclose, published April 15 details of the DRM report, which sought to assess the risk to Yemeni civilians from French weapons used by a coalition led by Saudi Arabia.

The supply of weapons to Riyadh for use in Yemen has drawn political opposition in Britain and the US, as combat over the last four years has led to humanitarian crisis in the civilian population.

Some 37 French media outlets signed a letter of support for Disclose and the right to inform the public.

That letter also points up the contradiction of government statements on the use of French weapons for self defense when the DRM report showed the reality is otherwise.

That DRM report details shipment of French-built Nexter Caesar artillery to Saudi Arabia for use on the border with Yemen, with a detailed assessment of threat to Yemeni civilians. French-built Dassault Mirage 2000-9 fighter jets flown by the UAE and equipped with Thales laser targeting pods are deployed in Yemen, the report shows.

Armed Forces minister Florence Parly quickly called for an inquiry into the leak, leading the DGSI to call in Geoffrey Livolsi and Mathias Destal, journalists of Disclose, and Radio France reporter Benoît Collombat.

That compulsory request is not an invitation for a coffee, Destal told France Inter radio.

There is an intention of “intimidation,” he said, adding that the journalists have been called in is to get them to reveal their sources.

The administration is conducting a “real hunt,” with internal inquiries at the defense and foreign ministries to track down sources and to prevent further leaks, Livolsi said.

The reporters will invoke their right to remain silent as they will protect their sources, Livolsi told Radio France International. Publication of the DRM report was driven by the search for transparency of French policy, he added.

Disclosure of the report did not put French military operations, nor personnel on the ground into harm’s way, he said.

Publication did not undermine national security but detailed the sale and shipment of French weapons, and their use in Yemen despite government statements.

That embarrassing disclosure is the real reason for the inquiry, he said.

“These documents concern weapons sold by France to third-party nations,” he told RFI.

The Disclose report, titled “Made in France,” reveals Saudi Arabia drawing on Caesar artillery to support Yemeni loyalist troops, as they seek to secure territory from Houthi rebels, which are backed by Iran.

The UAE has deployed the Nexter Leclerc in bases at Mocha, Aden, Al-Khawkhah and Ma’arib in Yemen, and the tanks have been used by the coalition against rebel forces, Disclose reported, drawing on satellite pictures and local videos.

The DRM report provides a list of weapons supplied by foreign countries and assesses their possible use in Yemen.

Some 129 Caesar cannons are due to be delivered to Saudi Arabia between now and 2023, the DRM report shows. Those shipments are part of the Artis contract Nexter signed with Riyad in December 2018, Disclose reported, drawing on an internal company document.

A naval blockade is being held by Saudi warships which include those built by French company Naval Group — al-Madinah class frigate and Makkah frigate — while the UAE sails its Baynunah missile corvette, designed by French shipbuilder CMN, which built the first of class for the UAE Navy.

That blockade holds up food supply for the civilian population, the report said.

The report was dated Sept. 25. Mediapart, Konbini, France Inter radio, Arte television and U.S.-based The Intercept worked on the investigation with Disclose.

The investigatory website also published a six-page summary report, which details distribution to Macron, French military and ministries, and allies, including the US, Israel and Turkey. Britain does not appear on the distribution list.

The summary report omits the list of foreign suppliers of weapons and maps of the hit zones in Yemen.

Editor’s Note: For Ed Timperlake’s look at the Assange affair, see the following: