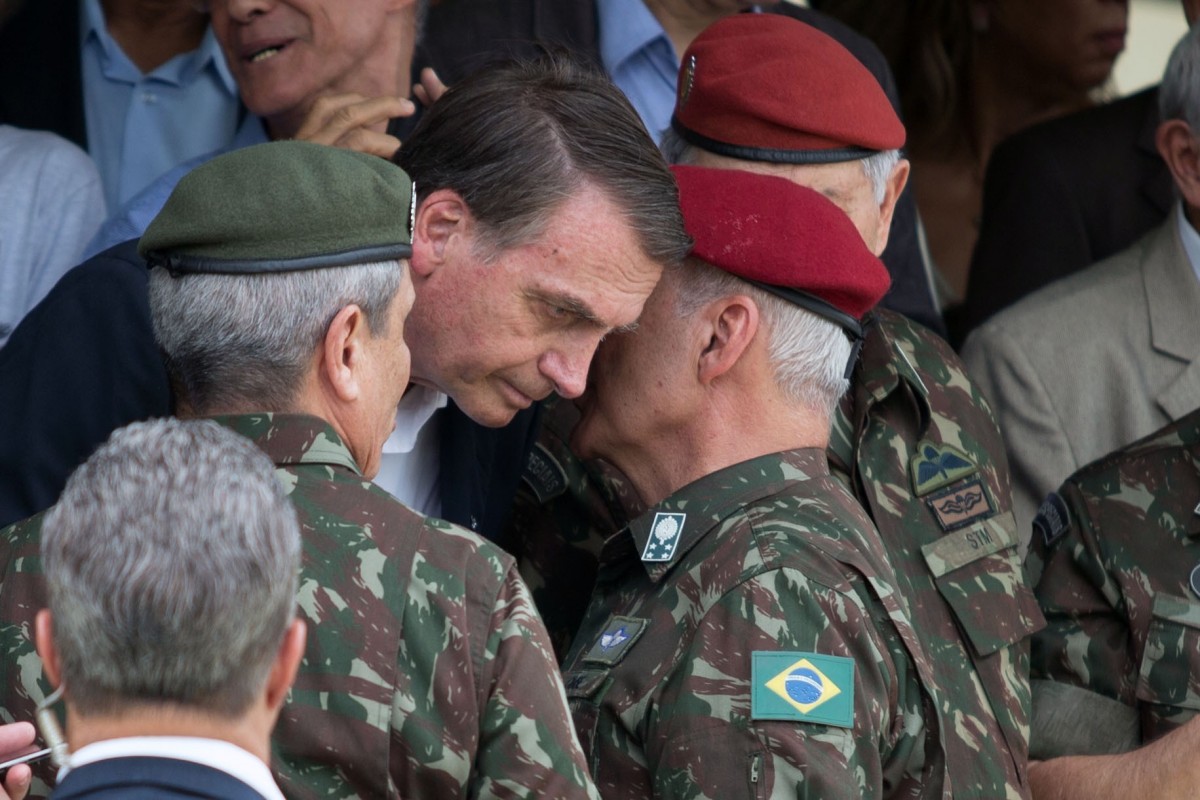 The opera continues in Brasilia.

At least this is how one of the most informative and well sourced Brazilian websites describes the political shenanigans in Brazil’s capital city.

Though to be fair the website, Drive Pemium, founded by the prize-winning journalist Fernando Rodrigues, had given this designation to the political merry-go-round in Brasilia and its denizens long before (reserve) army captain and long term Rio de Janeiro congressman, Jair Messias Bolsonaro, assumed office as the President of the Federative Republic of Brazil at the beginning of January this year, and (reserve) army general Antonio Hamilton Mourão stood by his side as the elected vice-president.

If Bolsonaro has done one thing over his first four months in office, it has been to stimulate friends and enemies both at home and abroad.

He has certainly brought Brazil to global attention even if largely for the wrong reasons.

Though none of this should have been a surprise to anyone.

It is not as if Bolosanaro was an unknown character.

He has railed in the lower house of the Brazilian Congress since his election in 1990, and his re-election six times thereafter, against women, same-sex marriage, abortion, affirmative action, drug liberalisation, secularism, Brazil’s indigenous peoples, environmentalists, blacks, and gays.

And he has continued to do so.

He is now aided by his three equally outspoken politically-active right-wing sons, from their elected positions in the senate (Flavio), the lower house of congress (Eduardo), and from the Rio de Janeiro city council (Carlos) where Jair Bolsonaro also began his political career.

Carlos (26) better known by his moniker of “the pitbull.” co-ordinated his father’s highly successful social media campaign during the presidential election and continues to use his webpage to rally Bolsonaro’s voter base and attack his father’s presumed enemies from the Mayor of New York City to the Brazilian vice-president.

Eduardo (34) is a lawyer and former federal police officer, and a federal deputy from São Paulo. He is now the chair of the lower house of congress’s foreign affairs and defense committee. He has visited the US, Hungary and Italy to build relationships with like minded right-wing parties, and he is the Latin American representative of Steve Bannon’s “The Movement.”

He keeps framed rifle rounds and figurines of Ronald Reagan and Donald Trump on his desk, together with a baseball cap with “Trump 2020.” Bannon’s “The Movement” aims to “reclaim sovereignty from progressive globalist elitist forces.”

Flavio (38) is a lawyer and politician and is the eldest child of Jair Bolsonaro. He is accused of having ties to Rio’s death squads involved in the assassination of the popular Black gay Rio de Janeiro City council-member, Marielle Franco, and of receiving suspect money-laundered payments to members of his family while a state legislator in Rio de Janeiro. Some Brazilians fear the formation of a Bolsonaro family dynasty on the model of the Fujimori in Peru and the Kirchner in Argentina.

The difference is that the Bolsonaro dynasty is here, and now, and in power.

The falling out at the top of the government, however, is more serious, since it pits the ideological  “Olavetes” (so called after the right-wing “guru” Richmond, Virginia, based self-exiled, Olavo de Carvalho), and the more pragmatically minded Brasilia based military officers in Bolsonaro’s government, and aggravates the relationship between the President and the Vice-President, reserve General Antonio Hamilton Mourão (65).

Although he was the third choice to run with Bolsonaro, Mourão is not without controversy. Until 2015 he was the commander of the southern army command based in Porto Alegre, Brazil’s most important, but he was relieved of this position and transferred to Brasília by the army commander, Eduardo Villas Boas, over a speech he made about politics during the mandate of Dilma Rousseff.

General Mourão who reached the highest rank in the military, joined the army in 1972 in the Academia Militar das Agulhas Negras (AMAN). He is a gaucho, and was born in Porto Alegre in the south,  but he comes from a military family from Amazonas and has indigenous origins. As a captain he worked with Jair Bolsonaro (who also graduated from the Academia Militar) in the 8th paratrooper field artillery group in Rio de Janeiro. He has served as commander of the jungle group in Amazonas, on a UN peace mission in Angola, and was military attaché in Venezuela. He is first in line of succession to Bolsonaro as vice-presidente of Brazil.

The “Olavetes” are the followers of the right-wing former astrologer and self styled “philosopher” Olavo de Carvalho, the “Guru” of the ideologists in Bolsonaro’s camp.

Olavo has nominated at least two of the most ideological members of Bolsonaro’ cabinet, the minister of foreign affairs, Ernesto Araújo, and the two education ministers (the first minister, the Columbia born Ricardo Velez-Rodrigues who resigned and was replaced by the economist Abraham Weintraub). Eduardo Bolsonaro, however, is father’s principal de-facto adviser on foreign affairs.

He is a friend of Steve Bannon and accompanied his father in Washington when he meet Donald Trump at the White House.

Bannon was also present at the dinner given by the Brazilian Ambassador in Washington for Bolsonaro where the Brazilian President sat between Olavo Carvalho and Bannon and meet there with various presumably sympathetic American luminaries.

Steve Bannon has called Olavo Carvalho “one of the great conservative intellectuals in the world.”

A core of Olavo’s philosophy is that China is the defining threat of the 21st century and that Brazil needs to be a part of a Judeo-Christian Alliance of countries who can confront it.

Eduardo Bolsonaro is the representative of the “The Movement,” a European based organization that supports right-wing populism founded by Bannon.

But the army leaders in Bolsonaro’s government are cautious about military adventurism and hold fast to the long term practice of Brazilian non-intervention, and they tend to see the US (as does Mourão) as materially interested in the Amazon, using the cover of human rights concerns and environmentalism for darker expansionist interests.

And their caution is aggravated by Bolsonaro’s and his sons enthusiasm for the US, in general, and for Trump, in particular, as well as by Bolsonaro’s fervour for Israel, where Jair Bolsonaro was baptised in the river Jordan to the delight of his evangelical supporters (and voters) at home.

But Bolsonaro enthusiasm for Israel and for antagonism towards China has already upset the powerful Agro-industrial sector in Brazil.

And they have been joined in this caution by the financial sector whose early enthusiasm for Bolsonaro’s promise of economic liberalisation and reform of the Brazil’s social security system has been severely shaken as these projects have become stalled in the Congress where the newly members of his Social Liberal Party have yet to act as a cohesive disciplined bloc.

Paulo Guedes, his economic czar, had to be escorted out of a very contentious committee hearing in the Congress by security.

Bolsonaro has taken care of his base, the unshakable evangelicals, and the “bullet” lobby, and like Trump he may well rely on this base in future.

But on Monday this week General Villas Boas, the former commander of the army, and an advisor to the presidential cabinet of institutional security, openly criticised Olavo de Carvalho, and what he sees as the ideological nucleus of Bolsonaro’s government, in Carlos Bolsonaro’s (and Trump’s ) favorite method of communication, a tweet.

“Once more Sr Olavo de Carvalho from his existential vacuum lets loose his attacks on the military and the armed forces, demonstrating a total lack of the basic of education, of respect, and a minimum of humility and modesty.

“A true Trotsky of the right…”

One thing certain: the opera in Brasília has long way to go yet.