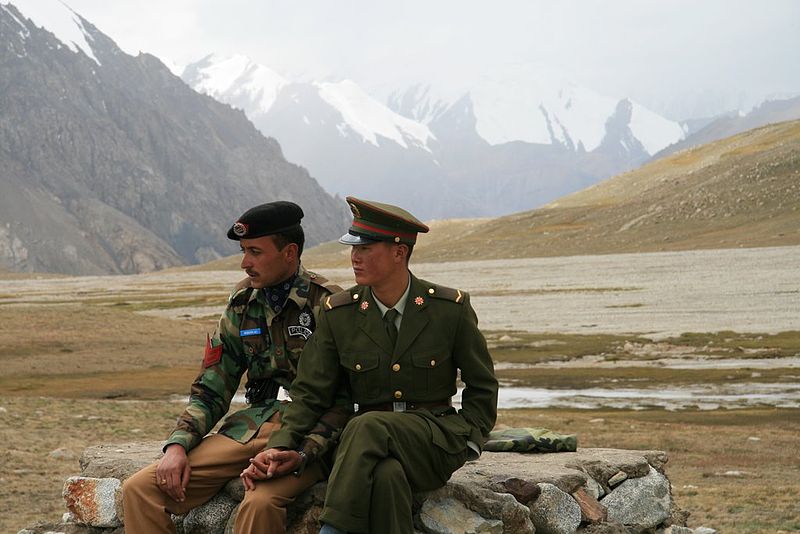 The danger of a nuclear war, with catastrophic consequences for life as we know it, may be higher today than it was during the Cold War. The world got a sharp reminder of the threat in late February. For the first time in history, one nuclear-armed state attacked a target inside another and the two fought an air battle across the Line of Control in Kashmir.

The risk of another flare-up remains real because of the unresolved territorial dispute; Pakistan-based jihadist groups that wage hybrid war in India; growing nuclear stockpiles and expanding nuclear platforms; the dominance of the army in controlling Pakistan’s nuclear, security and Kashmir policies; the rise of militant Hindu nationalism in India; and a strategic reset in India’s default response matrix against terrorist attacks.

Most international analysts focus on the India–Pakistan nuclear equation as a bilateral issue, but it’s essentially triangular in its origin and core dynamics. China has largely escaped accountability for its cynical role in nuclearising the region. Beijing’s irresponsibility needs to be called out.

A major research report published by the Brookings Institution in 2017 concluded that the Cold War nuclear dyads have morphed into interlinked nuclear chains, producing complex deterrence relations among the nuclear powers. With simultaneous threat perceptions between three or more nuclear-armed states, changes in the nuclear posture of one can have a cascading effect on several others.

Consider the collapse of the Intermediate-Range Nuclear Forces Treaty with parallel suspensions by the US and Russia. Because the treaty helped to underwrite strategic stability in Europe for 30 years, many European allies were miffed by the US decision to exit it. Unlike the Europeans, however, the US has a global train of nuclear interests. With over 90% of its missiles in the INF-prohibited range, China enjoys a huge competitive edgein the contest for strategic primacy in the Asia–Pacific. If the US develops and deploys such ground-based missiles in the Pacific, however, nuclear assets deep in China’s interior will become vulnerable.

China has militarised islets and engaged in aggressive posturing in the South China Sea, but its nuclear policy has been remarkably restrained. Despite dramatic growth in the country’s economic size and technical sophistication, China has fewer than 300 nuclear warheads; by comparison, the US and Russia have around 6,500 to 7,000 each.

If new ground-based US missiles threaten China’s assured retaliatory capability, Beijing will counter with nuclear force expansion and modernisation. But any increase in nuclear capability is inherently multi-adversary. The heightening of China’s threat perceptions will provoke countermeasures by India, with a further cascading effect on Pakistan’s nuclear force posture.

The nuclear chain argument was implicit in a letter that Indian Prime Minister Atal Bihari Vajpayee sent to US President Bill Clinton in 1998 justifying India’s nuclear tests. Vajpayee gave three reasons. China, ‘an overt nuclear weapon state’, had ‘committed armed aggression against India in 1962’. Second, China had ‘materially helped’ Pakistan ‘to become a covert nuclear weapons state’. And third, ‘for the last ten years we have been the victim of unremitting terrorism and militancy sponsored by’ Pakistan.

In a major policy decision made as early as 1982, China identified Pakistan as a worthy client-recipient of atomic know-how. Pakistan’s first nuclear-weapon test was carried out for it by China in May 1990: ‘That’s why the Pakistanis were so quick to respond to the Indian nuclear tests in 1998. It only took them two weeks and three days.’

That’s the conclusion not of Indian intelligence officials or analysts, but of two veterans of the US nuclear establishment. Thomas Reed is a former nuclear-weapon designer at Lawrence Livermore National Laboratory and secretary of the air force under presidents Gerald Ford and Jimmy Carter. Danny Stillman is a former director of intelligence at Los Alamos National Laboratory. They made these startling claims in their 2009 book The nuclear express.

In an interview in January 2009, Reed speculated on the explanation for China’s nuclear assistance to Pakistan: ‘a balance of power: India was China’s enemy and Pakistan was India’s enemy’. In turn, Pakistan’s Abdul Qadeer Khan network became a nuclear Walmartfor the export of sensitive materials and technology to countries like Iran, Libya and North Korea.

Since 1998, Pakistan has waged subconventional warfare against India under the subcontinent’s nuclear ceiling. State-sponsored cross-border militancy and extremism involving nuclear-armed states is another contemporary reality, as is the fear of nuclear terrorism. This is where the attack on an Indian paramilitary convoy in Kashmir on 14 February, killing 40 soldiers, comes in. The attack was carried out by a home-grown suicide militant, but the Pakistan-based terrorist group Jaish-e-Mohammed (JeM) claimed responsibility for it. Hence India’s retaliatory missile strikes against the alleged JeM terrorist training camp in Balakot, deep inside Pakistan, on 26 February, followed the next day by the aerial dogfight between the two countries’ air forces.

France, the UK and the US revived their effort to get the UN Security Council to designate JeM chief Masood Azhar as a global terrorist, which would require all countries to impose mandatory sanctions on him. In a major pathology of the UN system, that required a unanimous decision. China derailed the effort by placing a ‘technical hold’, in effect imposing a veto. It was China’s fourth such thwarting of otherwise unanimous support for the move. Angered by China’s obduracy, Western allies circulated a draft resolution in the Security Council for listing Azhar as a terrorist.

US Secretary of State Mike Pompeo was right to call out China’s two-faced duplicity in a tweet on 27 March: ‘The world cannot afford China’s shameful hypocrisy toward Muslims. On one hand, China abuses more than a million Muslims at home, but on the other, it protects violent Islamic terrorist groups from sanctions at the UN.’ Placing the item on the agenda for open Security Council debate and decision would have deepened the reputational damage to China for running a diplomatic protection racket for Pakistan-origin terrorists.

On 1 May, China lifted its technical hold and Azhar is now subject to UN sanctions that require all countries to impose an assets freeze, foreign travel ban and arms embargo on him.

Ramesh Thakur, a former UN assistant secretary-general, is emeritus professor at the Australian National University and director of its Centre for Nuclear Non-Proliferation and Disarmament. Image courtesy of Anthony Maw on Wikimedia Commons.