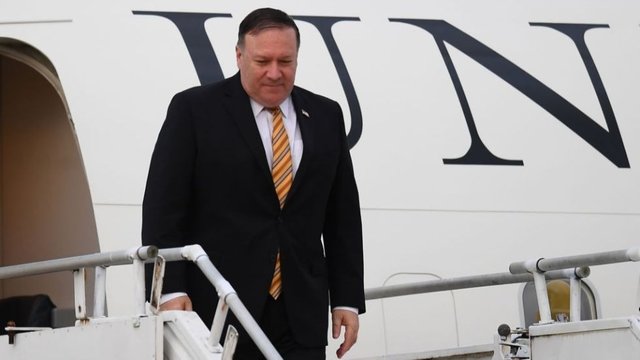 There is the possibility of a good resolution of the dangerous events transpiring in Venezuela.

With an historic call during very difficult days for the citizens of Venezuela, President Trump engaged with President Putin.

There is now a chance to avoid further bloodshed in Venezuela with President Guiedo being allowed to build a new government in peace.

When Secretary Pompeo meets with President Putin and his diplomatic counterpart Foreign Minister Lvov on May 14, 2019 such a resolution should be on the table.

Rebuilding the great Venezuelan oil industry should be a key way ahead.

According to latest statistics by the Department of Energy’s, Energy Information Administration (EIA),  the following five countries rank the highest currently in producing Oil;

Venezuela is now not even in the top 10.

Venezuela’s crude oil production has been on a downward trend for two decades, but it has experienced significant decreases over the past two years.

A combination of relatively low global crude oil prices and the mismanagement of Venezuela’s oil industry has led to these accelerated declines in production.

The team at EIA pulls no punches in presenting a horrific downward spiral of any hope for the future under the very well-armed gang lead by Maduro.

Recent reports indicate that missed payments to oil service companies, a lack of working upgraders, a lack of knowledgeable managers and workers, and declines in oil industry capital expenditures have also contributed to production declines.

Fortunately, President Trump, not wanting to have only a military option in Venezuela made an historic phone call to President Putin:

America has in President Trump a leader who truly lives “The Art of the Deal” and has just personally engaged with Russia to guide Maduro out and acting president Guaidó fully in with a minimum loss of life.

The benefit of the Executive Action by the President is to have made it possible for Secretary Of State Pompeo to engage personally with President Putin on the Venezuelan crisis.

This is a wonderful opportunity to have the acting Presidency of Venezuela Juan Guido fully recognized by President Putin.

If that were to occur it would be much more than just additional global political support, it could trigger a conference to focus on rebuilding Venezuela’s failing oil industry.

Venezuela’s opposition-controlled Congress named a new transitional board of directors for state-owned oil firm PDVSA on Wednesday in an effort to wrest the OPEC nation’s oil revenue from President Nicolas Maduro.

Russia and China have a chance to embrace a new government leadership team that can turn around Venezuelan oil production.

This would allow those loans which are legitimate to be aid back but even more significantly end the Venezuelan humanitarian crisis.

They people of Venezuela deserve better that suffering from the current crisis.

Secretary Pompo is backed up by two Cabinet Secretaries who make a great team in international oil wheeling and dealing.

Secretary Perry most certainly knows his way around oil fields and it might come as a surprise but The Department of Commerce has a major role in oil politics and economics which bring Secretary Ross to the table.

In one phone call President Trump has opened the door for a peaceful transition in Venezuela and he most certainly has an “A-Team’ ready if events go well.

This also lays the ground for dealing with events if they turn nasty as well for he his providing a chance to hold Russia accountable int he crisis as well.

A version of this article was published on May 12, 2019 by American Thinker.