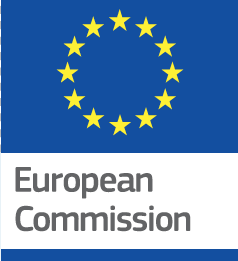 In its published “Action Plan Against Disinformation” released on December 5, 2018, the European Commission identified the nature of the challenge facing the European Union and suggested responses to this challenge.

Disinformation is understood as verifiably false or misleading information that is created, presented and disseminated for economic gain or to intentionally deceive the public, and may cause public harm.

Public harm includes threats to democratic processes as  well  as  to  public  goods such  as  Union citizens’  health,  environment  or  security.

Disinformation does not include inadvertent errors, satire and parody, or clearly identified partisan news and commentary.

The actions contained in this Action Plan only target disinformation content that is legal under Union or national law.

They are without prejudice to the laws of the Union or of any of the Member States that may be applicable, including rules on illegal content…..

Disinformation campaigns, in particular by third countries, are often part of hybrid warfare involving cyber-attacks and hacking of networks.

Evidence shows that foreign state actors are increasingly deploying disinformation strategies to influence societal debates, create divisions and interfere in democratic decision-making. These strategies target not only Member States but also partner countries in the Eastern Neighbourhood as well as in the Southern Neighbourhood, Middle East and Africa.

Disinformation produced and/or spread by Russian sources has been reported in the context of several elections and referenda in the EU.

Disinformation campaigns related to the war in Syria17, to the downing of the MH-17 aircraft in the East of Ukraine and to the use of chemical weapons in Salisbury attack19 have been well documented.

Disinformation is a major challenge for European democracies and societies, and the Union needs to address it while being true to European values and freedoms.

Disinformation undermines the trust of citizens in democracy and democratic institutions.

Disinformation also contributes to the polarisation of public views and interferes in the democratic decision- making processes.

It can also be used to undermine the European project.

This can have considerable adverse effects on society across the Union, in particular in the run up to the 2019 European Parliament elections.

Strong commitment and swift actions are necessary to preserve the democratic process and the trust of citizens in public institutions at both national and Union level.

The present Action Plan sets out key actions to tackle disinformation in a coordinated approach of the Union institutions and the Member States. It also highlights measures to be taken as a matter of priority by different actors ahead of the 2019 European Parliament elections.

Member States should step up their solidarity and defend the Union against hybrid attacks, including attacks using disinformation.

At the same time, and in the long-term, the objective is for the Union and its neighbourhood to become more resilient against disinformation. This requires continuous and  sustained efforts to support education and media literacy, journalism, fact-checkers, researchers, and the civil society as a whole.