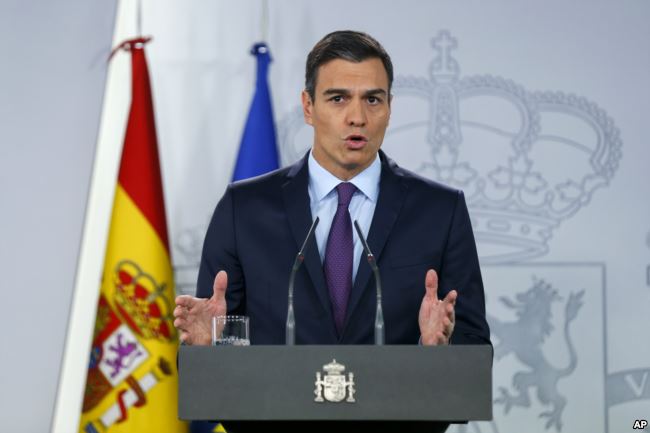 Winning in Venezuela against the forces of Maduro without further loss of life on all sides requires skillful diplomacy.

But instead, we are witnessing a “ready fire aim” saber-rattling posturing of NSC Director John Bolton and Special Counsel Eliot Abrams.

In January 2019, the Prime Minister of Spain, used one the most appreciated characteristics of the proud Spanish couture, the word courage, to describe the new President of Venezuela.

Following the statement of Juan Guiado’s courage, Spain recognized him as President of Venezuela soon after on February 4, 2019.

That endorsement is very significant and reaches beyond one nation, because many proud leaders of Central and South America honor Spain as their founding nation of origin.

Borrell noted:  “Like the cowboys in the Far West, saying ‘careful or I’ll draw’,”

He warned that the solution to the Venezuelan crisis can only be “peaceful, negotiated and democratic.”

In return “Captain Obvious” Special Counsel Abrams, hired as a diplomat no less at the Department of State, caustically fired back that “there is already a military intervention in Venezuela, by Cuba.”

Well as they say in the Marines “no s*** Sherlock” because Eliot is Harvard ’69, I am Naval Academy ’69 so while Eliot was enjoying his early academic life I along with many other Navy and Marine pilots were flying ”Hot Pad” scrambles against Cuban MIGs and patrol boats in a mini-hot war in the Caribbean

What this exchange really says about Eliot Abrams, as the Venezuelan Campaign point person, is that he is both thin skinned and wedded to proving that he wasn’t wrong in orchestrating the events of big fizzle all last week.

So far the U.S. has recognized National Assembly President Juan Guaidó as the interim president of Venezuela in January, and so far over 50 countries followed.

Fortunately, President Trump will now not allow his saber-rattling advisors to trap him into a metaphorical combat hurt locker.

He is much smarter than they are.

The President is operating in the Venezuela campaign most definitely both the chief diplomat in addition to being our Military Commander in Chief.

Special Counsel Abrams is the most senior Department of State advisor and was a never-Trumper who predicted Hillary would win and is the current face of American diplomacy and his insulting the Spanish Government should just stop.

The Venezuelan campaign needs a skillful information war strategic plan during this crisis so at least do it smart and not be counter-productive.

One small but powerful example that no-one especially in the media has figured and the NSC Director has not really emphasized.

Because Juan Guideo is the President of Venezuela, the killer strong man Maduro and his lackeys do not have the legal authority to charge anyone with treason against the State.

In fact, just the opposite.

If the US has an effective IW campaign, it would be good to point out that Nicolas Maduro doesn’t have a government: he is the leader of a gang of very well armed thugs:

“Venezuelan President Nicolás Maduro’s government arrested a top opposition leader on Wednesday night — by towing his car with him inside.”

When Maduro is driven into exile, hopefully peacefully, but if he begins to turn even more violent he can be then be charged as a war criminal and brought to international justice.

Does he want exile while always looking over his shoulder to face a charge of crimes against humanity?

The featured photo shows Spain’s Prime Minister Pedro Sanchez delivering a statement at the Moncloa Palace in Madrid, Feb. 4, 2019.Sanchez told reporters “we are working for the return of full democracy in Venezuela.”

Editor’s Note: Venezuela is a key case of 21st century authoritarians working together to defeat the forces of democracy.

Obviously, the liberal democracies have to find ways to work together to achieve an effective response and counter-strategy.

It is difficult then to understand why the Trump Administration would not be fully embracing the Spanish initiative.