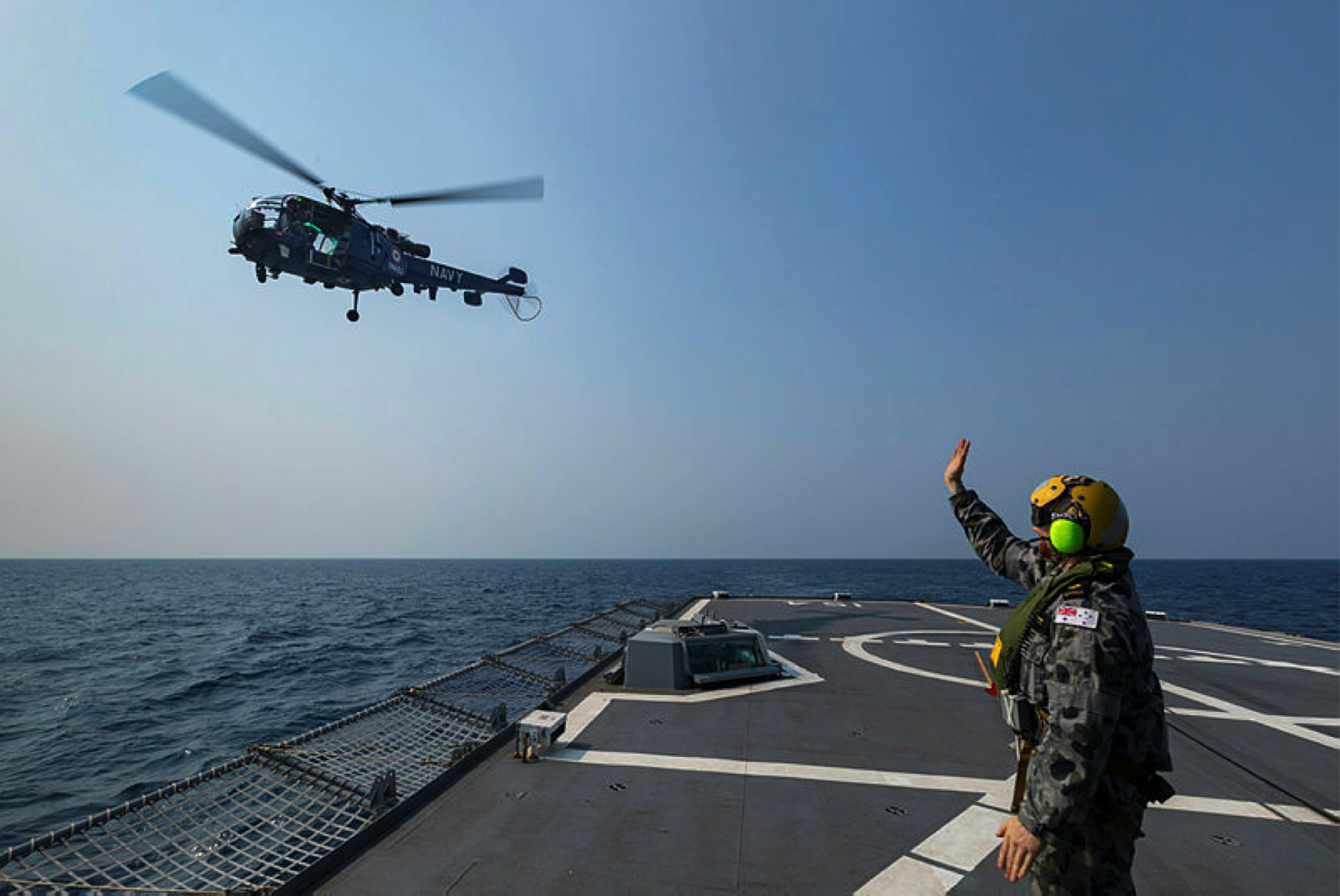 India has assumed far greater prominence in Australian strategic thinking in recent times, as a potential economic and political counterweight to China.

While Australia’s Indo-Pacific outlook is still inclusive in the sense that it envisages a constructive role for China that involves its adherence to the rules-based order, there’s been a greater inclination towards India because Beijing’s actions over the past five years haven’t exactly conformed to Canberra’s vision.

Five years ago, Melissa Conley Tyler and I argued in The Strategist that Australia, in its tilt towards the Indo-Pacific concept, faced an important choice: between its own preferred inclusive approach to China (and to seeking Chinese partnership) and an endorsement of the US’s and India’s more exclusivist views (aimed at keeping China out).

Given that India was very much at the centre of the Indo-Pacific reorientation, this seemed to create a potential conundrum for Australian policymakers and a sticking point which would determine the sustainability of Canberra’s Indo-Pacific vision. Five years on, it seems that Australian and Indian policy perceptions on the Indo-Pacific are in much greater alignment.

The shift in Australian attitudes has come about due to three distinct but interrelated factors: recognition of China’s increasing aggression and use of grey-zone coercion in the South China Sea; Chinese attempts at interfering in Australia’s domestic politics; and a fear of China’s using its economic heft through the Belt and Road Initiative to create debt traps and dual-use facilities like ports in the South Pacific.

China’s actions have contributed to the overall worsening of US–China relations, which has had a major influence on Australian assessments. At the same time, India has become a bona fide strategic partner to Australia’s primary ally. India is a strong and resilient democracy and there’s much consonance of values between Canberra and New Delhi.

Australia has thus ramped up its engagement with and support of India politically, diplomatically, and in terms of military overtures, especially in the past two years. In 2017, the two countries established an annual ‘2+2’ meeting of defence and foreign affairs officials at the secretary level. Economically, Australian exports to India have doubled in the past five years, from $11 billion to $22 billion.

The Australian government’s endorsement last year of an India economic strategy, which sets ambitious targets for bilateral economic and strategic engagement between now and 2035, is also an indication of how seriously Canberra is pursuing its relationship with New Delhi. While the realisation of a free trade agreement faces long bureaucratic hurdles, there are reasons to be optimistic that the deal will eventually be sealed.

Militarily, the number of bilateral meetings, exercises and activities between Australia and India increased from 11 in 2014 to 38 in 2018. This year’s AUSINDEX maritime exercise included anti-submarine-warfare drills—complex exercises that reflect unprecedented trust between the two nations, especially as such close partnership goes against India’s traditional defence policy norms of strategic autonomy.

Last year, India participated for the first time in Pitch Black, a multilateral air-defence exercise hosted by Australia. Australia has also proposeda logistics support agreement with India similar to the arrangement India has with the US.

On the diplomatic front, India has createdan Indo-Pacific wing in its external affairs ministry, signifying a tighter embrace of the geopolitical concept by New Delhi.

Australia has become a strong supporter of India at the UN too. It co-sponsored the resolution to list Pakistani terror mastermind Masood Azhar as a terrorist. Australia’s strong condemnation of the Pulwama terrorist attack in Indian-administered Kashmir in February and tacit support to India during its crisis with Pakistan are a far cry from the summer of 1998 when Canberra’s trenchant criticism of New Delhi’s nuclear tests badly soured the relationship.

India’s perceptions of Australia have traditionally suffered from what I’d like to call a ‘shadow’ complex; during the Cold War, non-aligned New Delhi saw Canberra as a shadow of the US. After the Cold War, and particularly in the past decade, India leaned towards believing that Australia was far too close to China to be a strong partner. In other words, and especially in the context of the growing ties between India and the US since the 2008 US–India nuclear deal, Australia’s closeness to America doesn’t shape Indian perceptions of Australia as much as its economic dependence on China does.

Australia’s closeness to China was seen to be the reason for Australian prime minister Kevin Rudd’s withdrawal from the first iteration of the Quadrilateral Security Dialogue with India, Japan and the US in 2008. New Delhi, however, will have noted the Australian government’s more recent making of some tough decisions, like banning Huawei from its 5G rollout and passing foreign interference legislation.

Australia needs to understand that, as with everything else when it comes to the Indian bureaucracy, change will be slow, especially a change in mindset and perceptions.

US President Donald Trump’s pursuit of a transactional foreign policy and the testing by a revisionist China under Xi Jinping of the limits of the rules-based order have left little room for manoeuvere for middle and rising powers.

Australia and India have found common interests and purpose, which helps explain their deepening friendship.

The Australia–India relationship has often been cited as the weakest link in the Quad. Despite deepening defence ties, India’s continued refusal to allow Australia to participate in the Malabar maritime exercises has been seen as the litmus test for the partnership. However, it’s important to note the leaps and bounds by which the bilateral relationship has progressed outside the framework of the Quad, especially over the past two years.

The return of incumbent governments in both India and Australia means that the prospects for a strengthened Quad have never been better.

While there’s a general sense that all Quad nations want to keep their engagement low key and unremarkable, there’s no denying that healthy bilateral relationships are a starting point for any meaningful multilateral cooperation.

As the Australian high commissioner to India, Harinder Sidhu, said in a recent speech:

“We are in a stronger place of trust and understanding of each other than we were even a decade ago. There is more comfort in working together. Slowly we are shaking off our own ‘hesitations of history’ and we are looking to the future, instead of looking back.”

Aakriti Bachhawat is a researcher with ASPI’s defence and strategy program.