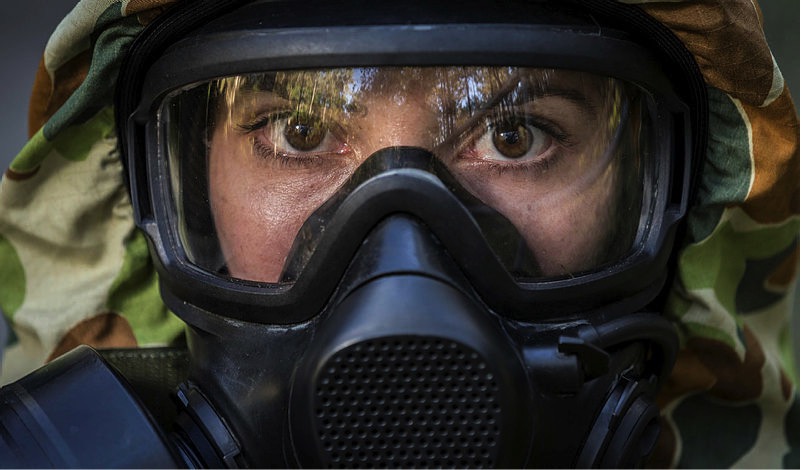 Hugh White’s new book, How to defend Australia, has stirred up a hornet’s nest on the topic of potential nuclear proliferation. In one sense, that’s a surprise, since anyone who’s read the relevant chapter knows that it’s book-ended by carefully crafted paragraphs which state explicitly that White ‘neither predicts nor advocates’ Australia’s development of an indigenous nuclear arsenal.

But in between those paragraphs White explores the history of Australian interest in a national nuclear weapons program, underlines the dwindling credibility of US nuclear assurances to allies, canvasses a possible nuclear doctrine for Australia, and recommends a force structure—more submarines—suitable to what he sees as our new straitened strategic circumstances. If he’s not advocating a nuclear arsenal, why is he telling us so much about what it ought to look like?

Let’s start with the possibility of Australian nuclear proliferation up front.

As I wrote recently for a chapter in After American primacy, there are five barriers to Australian proliferation: ideational, political, diplomatic, technological and strategic. Briefly, crossing the nuclear Rubicon would require:

White’s chapter draws together a set of thoughts that relate primarily to the fourth and fifth barriers.

His focus is on defending an Australia that’s ‘all on its own’ against a nuclear-armed—and conventionally well-equipped—great power. If he didn’t at least consider the option of an ‘Aussie bomb’, his work would be incomplete.

Still, White sees the primary threat as one of nuclear coercion—nuclear blackmail, he calls it—rather than actual nuclear attack.

In response, he argues in favour of a ‘minimum deterrence’ nuclear posture for Australia, citing the British and French programs approvingly.

[D]oes not envisage that nuclear weapons would ever be used [in actually fighting wars], or indeed used at all: their sole purpose is to deter nuclear attack by others.

It is one of the bewildering paradoxes of nuclear strategy that if an attack occurs then the strategy has already failed, and there is not much point in using the weapons to retaliate.

But their effectiveness as a deterrent depends on their being evidently capable of use, and on those responsible for ordering their use being evidently willing and ready to do so.

But ‘minimum deterrence’ is a slippery term—Chinese, Indian and Pakistani declaratory policies have all, at one time or another, applied it to their own programs.

In the French case, for example, Cold War nuclear doctrine called for an arsenal that could ‘rip the arm off’ a superpower, leaving it an amputee among its more able-bodied peers. And for contemporary British doctrine, see here.

Australia, were it to develop nuclear weapons, would need a nuclear arsenal and nuclear posture aligned with its strategy.

So, what is it we might want nuclear weapons to do?

If we want them to constitute an effective deterrent against an authoritarian great power, neither arsenal nor posture could be threadbare. And we surely couldn’t espouse a doctrinal position that minimum deterrence would fail with an adversary’s first use and that there would be no point in retaliation.

What, after all, might drive a decision by Australia to proliferate?

White argues that it would be Australia finding itself—like Kevin McCallister in the movie—‘home alone’.

If so, what’s happened to our current strategy of working with allies and partners to promote and defend the regional order we most want?

I think there’s a different scenario in which Australia might choose to build a relatively modest, but capable, nuclear arsenal, and that’s where we would be trying to underline both a condition of prickly regional multipolarity and our capacity to play a role as a regional security contributor.

Australia’s security is fundamentally shaped by the global and regional orders.

At the moment, US extended nuclear deterrence is a key ingredient of those orders.

What happens if America goes out of the umbrella business?

Well, we know what our region would look like: the remaining nuclear powers would be Russia, China, India, Pakistan and North Korea.

As I said in an earlier post, the maldistribution of residual nuclear weapons would reinforce the power shifts already under way within the region.

Moreover, a fast-rising power, like China, could choose to ‘sprint to parity’ with the US and Russia under such conditions—it’s certainly not constrained by formal arms control agreements.

That would be a world where Japan, South Korea and Australia had shared incentives to proliferate, and perhaps Indonesia and Vietnam too; where we probably wouldn’t be the first horse out of the gate; and where we might reasonably hope to ‘share’ the challenges of proliferation with others.

Let me say that such a future world is less attractive than the one we live in now.

Asia typically hasn’t put a high priority on nuclear weapons, which tend to sit in the strategic background rather than the foreground.

A sudden cascade of nuclear proliferation would make for a more fraught and difficult region—which is one good reason we ought to be working harder to keep the US engaged in Asia and its umbrella business healthy.

Rod Lyon is a senior fellow at ASPI. Image courtesy of the Department of Defence.

This article was published by ASPI on July 9, 2019 and is part of the discussion on that site of Hugh White’s new book on how to defend Australia.