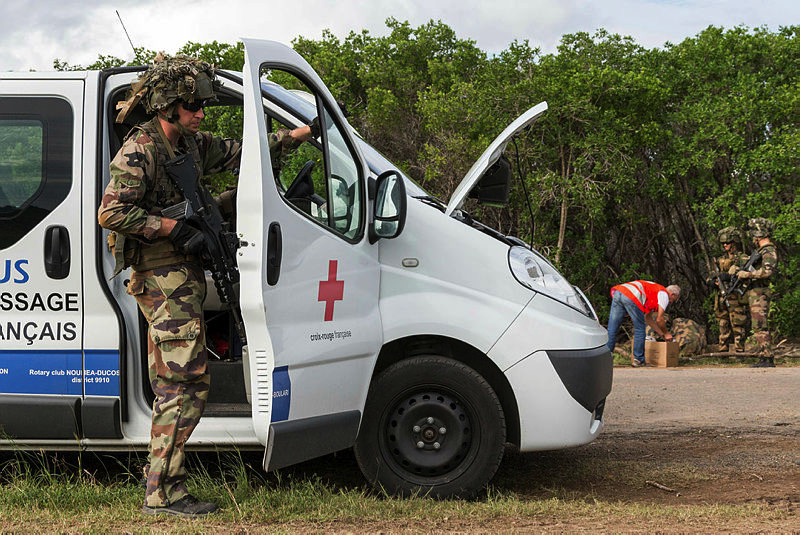 Since the May 2018 visit to Australia by French President Emmanuel Macron, Australian commentators have continued to assert that French colonial control in the Pacific is crucial to constraining China’s rising influence in the region. But much of this analysis is based on a misunderstanding of the dynamism of local politics in the French Pacific dependencies.

A series of articles and opinion pieces in The Australian newspaper have championed the increasing strategic relationship between France and Australia in the South Pacific. Many of them quote staff from leading think tanks, including ASPI.

In a front-page story, Simon Benson argues: ‘Australia and the US are urging France to boost its Pacific influence as part of a new strategic and economic alliance that would act as a counterbalance to China’s ambitions and mark a significant shift in attitude towards the French presence in the region.’

Foreign editor Greg Sheridan presents France as a welcome bulwark against the Chinese.

The reporting continues to perpetuate the myth that independence movements in the region have collapsed. In an opinion piece in The Australian, ASPI’s Anthony Bergin and the ANU’s David Brewster make no mention of the political situation on the ground in New Caledonia or French Polynesia. In The Australian, ASPI’s executive director, Peter Jennings, states: ‘Ten to 15 years ago there was at least some rumblings of independence support in New Caledonia and that has largely and successfully been put to bed by the French.’

Jennings is fundamentally wrong. Over the past 15 years, the Kanak independence coalition Front de libération nationale kanak et socialiste (FLNKS) and other pro-independence parties have steadily increased their representation in New Caledonia’s 54-member Congress, from 18 seats in 2004 to 26 seats in 2019. Since 1999, the FLNKS has controlled two of three provincial administrations.

The results of the November 2018 referendumon self-determination and the May 2019 elections for New Caledonia’s three provincial assemblies and Congress clearly show that the independence movement has not been ‘put to bed by the French’.

After elections on 12 May, New Caledonia’s Congress has 25 loyalists, 26 independence supporters, and 3 members of a new party Eveil océanien (‘Pacific awakening’), which draws its support from the large Wallisian and Futunan communities living in New Caledonia. Despite the new party’s stated loyalty to the French Republic, the three Wallisian votes were cast for independence politician Roch Wamytan to take up the post of speaker of the Congress last month. This sends a signal to the anti-independence parties that the Wallisian community will act in its own interests as New Caledonia moves to a new political status under the 1998 Noumea Accord. Wamytan has used his status in the Congress to travel this month to France to attend meetings of the UN Special Committee on Decolonization and the Non-Aligned Movement.

The same dynamism in the independence movement was shown during the referendum campaign last year. On 4 November last year, more than 141,000 voters in New Caledonia went to the polls to determine the political status of the French Pacific dependency: ‘Do you want New Caledonia to accede to full sovereignty and become independent?’

In an unprecedented turnout, 56.67% of voters decided to remain within the French Republic, while 43.33% voted ‘Yes’ for independence. These figures, with a majority opposing full sovereignty, suggest a setback for the FLNKS. In reality, the size of the ‘Yes’ vote disappointed partisans of the French Republic and opened the way for a second referendum in 2020. Opinion polling suggested the pro-independence vote would be only around 30%, misreading the FLNKS campaign on the ground.

We lost on the numbers, but for us it’s a victory. For the Kanak people, the first people, this is a great victory, as we have loudly and clearly expressed our perspective without ambiguity and without recourse. Who now will contest the justice of our struggle, who now will challenge our very existence?

If Australia’s strategic think tanks and leading newspapers are so clearly misreading the situation on the ground, it’s a worrying sign that the Australia–France strategic partnership in the Pacific is built on shaky foundations.

As with independent island neighbours, local governments in New Caledonia and French Polynesia are seeking closer trade, tourism and investment links with China. Air Calédonie is running charter flights for Chinese tourists to New Caledonia, Chinese corporations are planning multimillion-dollar tourism and fisheries investments in French Polynesia, and mining companies are exporting increasing amounts of New Caledonian nickel to China, thanks to Clive Palmer and the closure of the Townsville nickel smelter. These developments challenge the Canberra consensus that the French dependencies are bulwarks against Chinese expansionism.

Australian support for ongoing French colonialism in the South Pacific may also generate long-term tensions with our nearest neighbours. Members of the Melanesian Spearhead Group continue to support decolonisation in New Caledonia. Smaller island states like Nauru, Solomon Islands and Tuvalu successfully moved a 2013 motion through the UN General Assembly to reinscribe French Polynesia on the UN list of non-self-governing territories.

Australian commentators can try to pretend that decolonisation is off the agenda in the Pacific. All they have to do is persuade the peoples of New Caledonia, French Polynesia, Bougainville, Guam and West Papua.