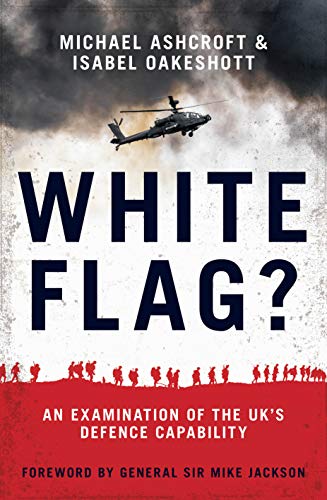 The UK along with France has operated the most effective full spectrum European military over the post-Cold War period.

But the size of that military has gone down significantly over that time, and the focus of attention of UK defense policy, like the other European powers, has shifted from the direct defense of Europe to out of area operations.

In common with other European states, the actions by Russia in 2014 in Crimea have led to a renewed focus of attention upon direct defense. For the UK as well, the Russians have directly operated on UK territory to carry out an alleged chemical attack, which has as well gotten UK attention as well.

But the UK, unlike France, is in the process of disrupting its post-cold war alliance relations as the government prepares to leave the European Union.

In the process, the UK government has reinforced its stated commitment to its other European Alliance, NATO, but given the importance which the EU organization has played in the security dimension for European direct defense, those relationships after its post-EU existence need to be sorted out.

The challenge of Brexit provides an across the board challenge to redefining the UK’s relationships in continental Europe, and open up key questions about the way ahead for the United Kingdom in dealing with European direct defense as well as the level of commitment the country can make to defense, as well as the evolution of the force structure going forward.

In their 2018 book on UK defense policy, which is built around a focus on the state of UK forces, Michael Ashcroft and Isabel Oakeshott provide some answers to the questions of the way ahead for the UK in a post-Brexit world.

“As we prepare to leave the European Union, this country is at a crossroads. We must forge a new identity on the world stage. The shape and size of our armed forces, and our expectations of them, will be pivotal to our new international status.”1

Much of the book documents the UK taking advantage of the shift away from European direct defense to reduce both force structure as well the size of the defense forces over all. The defense budget in the UK as in most European nations became a bill payer for other national budget expenditures.

The challenge of course is to sort out how best to build in a realistic manner the kind of force structure which the country needs and can afford going forward, notably when the UK is leaving the European Union, and inevitably shifting its focus from Central Europe, and leaving the core task of providing defense in depth to France and Germany for what formerly was known as the Central Front.

In his preface to the book, the famous UK General, Sir Michael Jackson, underscores how important he thinks a rethink is for the UK in dealing with the return of direct defense and in the context of Brexit:

“This current obsession with the defence budget is a mistake. Rather than reflecting what is thought to be affordable, our armed forces should reflect the position we wish our country to hold in the world, and the threats to which we believe they may have to respond. Only then, when we have identified what we expect of our services, can we begin to assess what the necessary capabilities are going to cost.”2

Much of the book addresses how the forces have been reduced dramatically over the post-Cold War period to the point where the baseline numbers of platforms, for the RAF, the Royal Navy and the Army, are simply too low to provide for the needs of a post-Brexit defense policy.

“Our armed forces are nothing if not resilient, but they were hollowed out in the devastating cuts imposed by the Strategic Defence and Security Review in 2010, and have endured remorseless salami slicing ever since. Along the way, they have always skillfully adapted to their reduced circumstances, but there comes a point when what remains is not a smaller, neater version of the original – still able to fulfill the same functions – but an entirely different entity, with greatly diminished utility.”3

The authors provide a good overview of this path of decline, but are not quite so good in understanding how the defense path to get force transformation on a good footing is being shaped in the UK.

It is clear that by design or by default, the UK is focusing on the Northern Flank as well as the Mediterranean (the Southern Flank) and reducing its capability to operate as it once did in Germany for central front defense.

It seems obvious that the air and naval power which the UK is in the throes of developing will be used to provide for force insertion in those parts of Europe which could proved to be flash points where the Russians might choose to pressure the NATO alliance.

But force insertion will be of a size to provide presence and assistance not dominance over the Russians by themselves.

In their chapter fittingly entitled, Operation Tethered Goat their describe the presence in the vortex of threat without the assurance of being reinforced in times of crisis effectively.

For example, the British supply troops to provide for defense of the Suwalki gap, the 65-mile Polish-Lithuanian border “straddled ominously by Kaliningrad to the west and the Russian satrapy of Belarus on the east.”

“American defence chiefs regard this flat piece of land as the most vulnerable location in the entire Alliance. The fear is that it could be caught in a pincer movement, as troops from the so-called CIS states – a pro-Russian grouping of former Soviet countries – join forces to cut the Baltics off from the rest of Europe.

“If Russia were to attempt to close the gap, NATO’s only option would be to punch north with the US-led brigade based here. Until then, it would be up to the Baltic states to hold their ground, supported by small detachments
of NATO forces stationed inside their borders.

“One of those forces would be headed by a small but fierce battalion of UK troops stationed in Tapa, Estonia. Some 800 troops from the 1st Battalion The Royal Welsh are here, supported by smaller deployments from other member states – the French until November 2017, and subsequently the Danes. NATO has designated the UK the ‘Framework Nation’ in Tapa, meaning other forces fit around the British deployment, following British command.”4

The authors raise the concern that is presence enough?

Or do forces from Germany and elsewhere need to show up in significant numbers to not just deflect a Russian advance but to defeat it?

The question really here is how the UK can trigger its core continental allies to do what they need to do in their own defense.

It is clearly beyond the reach of today’s United Kingdom to deploy a large enough continental engagement force to make a significant difference to the battle in Central Europe, if there was to be one.

In part that is why the shift is occurring to build new maritime and air capabilities on the flanks.

The author’s noted the following:

“Brexit and the protracted negotiations with our European Union partners have already given the impression that we are stepping back from the international stage. As we loosen ties with Brussels, if we do not have the assured ability to protect maritime trade routes in an era where freedom of navigation is increasingly challenged, we may also
close vital commercial opportunities.”5

The authors conducted some polls about UK defense attitudes, which provided interesting data on the dichotomy, which makes it difficult for UK leaders to defense a clear way ahead. On the one hand, a significant majority of Brits believe that the danger to the UK and its interests is going up but, on the other hand, the willingness of Brits to intervene in Europe to defend even the UK has gone down significantly.

But when asked whether the UK should support or opposed UK armed forces being involved in direct defense in Europe, the results were to say the least not demonstrating enthusiastic support for the UK’s alliance role.

“Only just over six in ten, and only just over half of 18–24s, approved of using force to defend an ally that has been invaded by another country or missions against terrorists abroad. Exactly half, and a minority of those aged up to fifty-four, supported pre-emptive action against foreign states believed to pose a threat to the UK.”6

In short, as the UK modernizes its forces to deal with direct defense it is doing so in the context of a significant reworking of its alliances on the continent, as well as having to deal with a shift in the focus of its interests and defense activities.

The book provides a useful overview of British defense policy and the challenges for that policy as Brexit arrives.