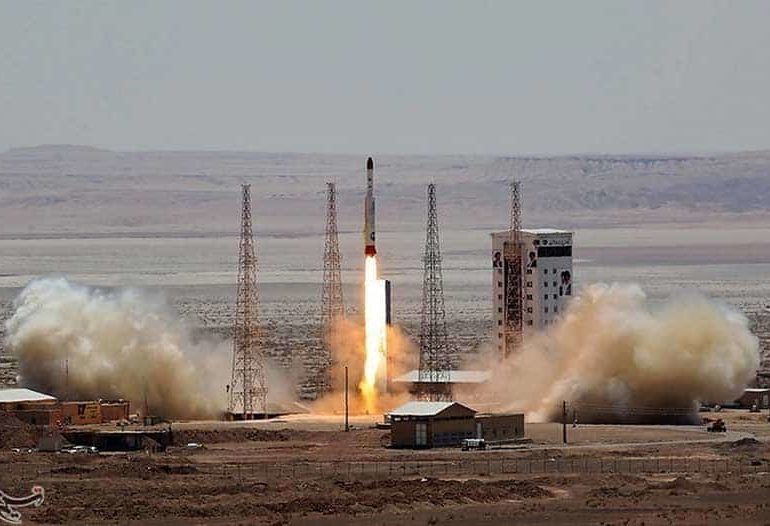 There have been recent debates as to whether Iran’s Satellite Launch Vehicles can be utilised to develop ICBM capability.

This article aims to take a look at whether Iran has the capability to convert SLV into ICBM.

Iran’s nuclear program coupled with its long range ballistic and cruise missile program is well known. The Joint Comprehensive Plan of Action (JCPOA) though prevented Iran from pursuing nuclear weapons program, the arrangement did not raise the issue of ballistic missile.

Though the United States withdrew from the JCPOA under President Trump’s administration, the arrangement remains in force as it was a multilateral one. Iran has continued to test its ballistic missile systems on grounds that the JCPOA did not include the issue of ballistic missiles.

However, Iran has been sanctioned under the United Nations Security Council (UNSC) Resolution that prohibits the country from pursuing ballistic missile program under Resolution 2231.

Iran, however, claims that the Resolution prohibits Iran from developing nuclear capable ballistic missiles while Iran’s missiles are meant for conventional deterrence. Not only has Iran ventured into long range nuclear capable ballistic missiles that could put US forward forces in the Middle East at threat, but the country has also developed long range cruise missiles, called the Soumar and the Hoveizeih with ranges 2000-3000kms and 1300kms respectively.

Iran’s SLV test of the Simorgh this year in January had failed to achieve results.

However, its previous SLVs like the Safir-1, Safir-1A and Safir-1B have been successfully tested. Despite this, experts have claimed that Iran’s SLV technology may not be utilised in the development of ICBM capability.

Michael Elleman, one of the renowned global experts on missile systems writes, “ballistic-missile carry payloads must survive the rigours of re-entry into the Earth’s atmosphere, requiring development of robust thermal- and mechanical-protection systems. SLVs, including the Simorgh, carry payloads that operate in space, and that are not subjected to challenging re-entry dynamics.

This requires upper stages equipped with high-thrust engines. The Simorgh’s configuration, featuring low-thrust engines in the second and third stages, is consistent with a rocket optimised for satellite launches, not ballistic missile trajectories.”

Another expert Jeffrey Lewis claims,“the technologies that the Iranians are working on in their Safir and Simorgh rockets are not suitable and are not preferred for missiles.”

That said, it cannot be completely ruled out that Iran would not develop ICBM capability. But while Iran has used its medium range ballistic missile (MRBM) capability into developing Safir and Simorgh rockets, there appears to be a lapse in technological means to utilise SLV technology to develop ICBM. Iran has undergone sophistication in its long range ballistic missile systems and hence, there would be greater chance of Iran trying to develop ICBM capability that is more sophisticated.

Iran could also acquire the same capability and technological know-how from North Korea. North Korea has already assisted Iran in the Khurramshahar MRBM and the missile is believed to be the North Korean Hwasong-10 version.

Moreover, all of Iran’s missile systems have the capability to reach US forward posts in the Middle East and Persian Gulf region.

Moreover, Iran has been able to develop a military industrial footprint in Venezuela and could resort to missile basing in the country. Missiles of ranges 5000 kms when developed by Iran could reach the United States from Venezuela itself.

This however is not to negate the claim that Iran would develop ICBM capability. In the long run, Iran would pursue the ICBM capability in order as a weapon of power and prestige. Iran wants to play a crucial role in the Persian Gulf.

Though ICBM capability is not required for Iran to exert its influence in the Middle East and North Africa (MENA) region, the capability for sure would provide Iran a much elated and powerful position for coercive diplomacy and for regional power status.

But this ICBM path would likely not be a modified version of the SLV technology and would be a solely sophisticated system meant for existential deterrence.