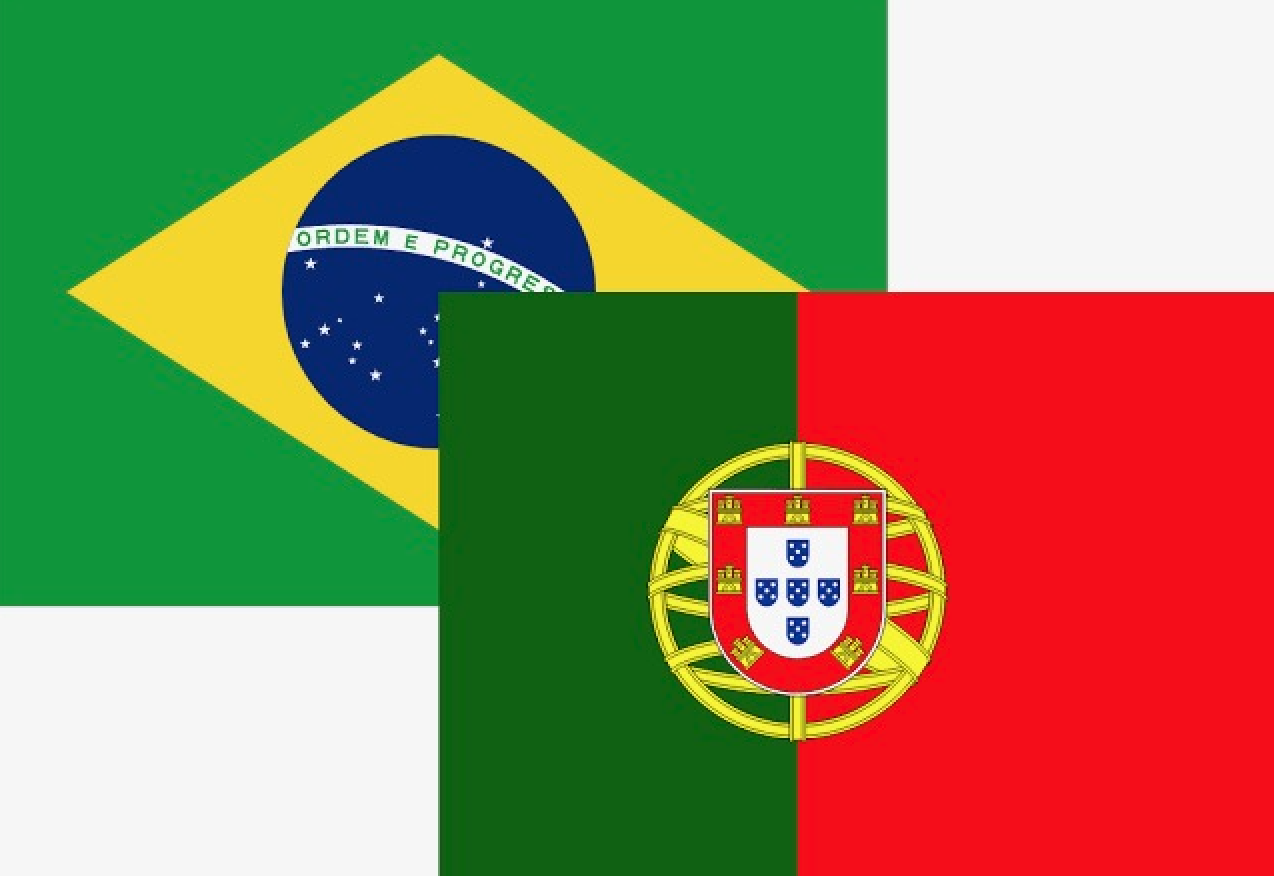 The Portuguese and Brazilians have always had an odd relationship.

It is a relationship that in many ways, on both the national and personal levels, is much like that between the British and the North Americans.

Certainly, this is true in the geographical scale of both counties in relation to the physical dimensions of their former colonial masters.

In both cases, it is a relationship that assumes familiarity, recognizes a shared history, but at the same time underestimates past and present misunderstandings, as well as covers up often subliminal hostility.

So when Portugal goes one way politically and Brazil goes another it is a moment for reflection.

I first lived in Portugal in 1964 and first arrived in Brazil in 1965. Portugal was at the time ruled by the right-wing conservative dictator Antônio de Oliveira Salazar.  l had received an unexpected (and very welcomed) grant from the Gulbenkian Foundation, which was then located (l was at the time very impressed by their frugality) in Nissan huts (on what l later discovered was at the edge of the very large urban property) where the Foundation was about to construct its expensive and very impressive headquarters.

The director of international affairs of the Foundation, Dr Ayala Monteiro, asked me what l was going to do when l left Portugal. l told him I was hoping to go to Brazil to study the independence movement (this was at the time when Portugal was beginning to fight three colonial wars in Angola, Mozambique, and Guinea Bissau, in order to defend its possessions in Africa.)

He laughed and said: “But there was no independence movement in Brazil. The Portuguese had granted as an act of magnanimity Brazil’s independence. There was no story to be uncovered.”

When l did arrive in Brazil a year later in 1965, in Salvador da Bahia, I checked in at the old “Palace Hotel” on the Rua Chile. The waiters there all assumed that l must be Portuguese because of my (bad) Portuguese accent. They insisted l eat a very dry and tasteless imported bacalao (cod fish. I said l was British and pointed out a picture of “The Beatles” in the local newspaper and said that is where l was from. They seemed unconvinced.

But when l asked for a ”garoto” (which in Brazil means a boy, but in Portugal is a the name of a small expresso coffee with milk) they knew exactly where l came from and what l wanted, and they directed me to the nearby local square where l would find what l was looking for.

I did in fact go to the square the next evening and at an outdoor restaurant partook my first (utterly delicious) Bahia dinner. The food was so spicy l also needed to order three very large bottles of (equally delicious) Atlântica beer in order to eat it. It was a marvelous welcome in many ways to all things Brazilian.

But it was also an introduction to just how different Brazil and Portugal were, not only in language, but in food, and also in behavior, and in cultural understanding.

António Costa, the socialist Portuguese prime minister, has headed the coalition of left-wing parties that has ruled Portugal in a so-called “geringonça” (literally a complicated and precarious contraption) since November 2015. Costa’s ancestry lies in the Indian Ocean Portuguese Empire in Goa and East Africa.

His father and mother were Goans who lived in Maputo (then Lourenço Marques the capital of Portuguese Mozambique.) His father, a communist writer, was a student in Lisbon, and he lived with other students from the Portuguese colonies at the official student residence where he met many of the future leaders of the Portuguese African independence movements. He was arrested three times by Salazar’s police.

António Costa’s mother, Maria Antónia Costa was a journalist and women’s rights advocate. The future prime minister who was born in Portugal, joined the youth-wing of the  Socialist Party (PS) in 1975 when he was 14, a year after the Portuguese dictatorship was overthrown by a coup lead by democratically-minded junior military officers, many of them army captains, who were thoroughly fed up and tired of the seemingly unending colonial wars.

António Costa’s Socialist Party (PT) won 36.6% of the votes in the Portuguese general election on Sunday October 6th, 2019. The major opposition party, the Social Democrats (PSD), won 27.9%, which was their worst result since 1983. Costa did not gain the absolute majority which some had expected. He was dogged by a scandal involving the theft of weapons from a major military base (ironically from the Tancos base which had played  an important role during the failed countercoup by General Spínola during the fraught days after the “carnation revolution” in Portugal in 1974), and the alleged collusion with criminal gangs in their recuperation.

The election also saw the Communists (PCP), one of the Costa’s coalition partners, fall to 6.5% of the vote, which was an historical low.

António Costa’s success, however, was a major event in the European context.

Portugal has not witnessed the rise of a Populist right-wing movement or political party. As prime minister Costa pursued a policy of balancing the budget while retaining the support of the hard-left parties. In this he bucked a world-wide trend of authoritarian minded populists in Europe from Hungary to Brexit Britain.

In Brazil of course this populist upsurge finds one of its most exaggerated non-European exponents in Jair Bolsonaro and his ideological cronies and Olavista acolytes, many linked to Donald Trump’s any-globalist world view.

Portugal’s path has some special features to be sure. Portugal has benefited not only from sound fiscal management but also from a surge in tourism (there are now more foreign tourists in Portugal each year than the Portuguese population), as well as from increased exports. Portugal has not experienced the vast immigrant inflows across the Mediterranean and through the Balkan’s which has so enflamed nationalist feelings (and right-wing populist political parties) in Italy, Spain, France and Germany.

I actually meet my first real “non-phantasmagorical” Brazilian, Sérgio Buarque de Holanda, in the Fall of 1964 in the basement office at Princeton University of my doctoral adviser, Professor Stanley Stein. Previously Brazil had been for me the music and color of the Marcel Camus movie “Black Orpheus” which l had seen while a student at Cambridge University.

But after living in Portugal I was entirely unprepared for the soft tones and musicality of Brazilian speech when l met Sérgio Buarque, and l am afraid to say that l hardly understood a word of his long disquisition on Brazilian history, which is a very great pity. My most memorable remembrance of the visit with Sérgio Buarque at Princeton, however, was the presence of his son, Chico, who sat quietly in the corner. I hardly dared to look at him as he was so spectacularly beautiful.

I was later to appreciate Sérgio Buarque’s discussion of the Brazilian “cordial” man. This was as he explained it a subterfuge in personal relations. His “cordial” man was a way of sublimating relationships of power.

Much like Gilberto Fryre’s “Masters and the Slaves” which praised luso-tropical  miscegenation (which is why it appealed so much to Salazar in his ideological defense of the Portuguese in Africa), but Freyre also recognized that race-relations in Brazil were underpinned and suffused with sadism.

He should not have been surprised at the use of the ”pau de arara” (prisoners were suspended from a pole) by the Brazilian military torturers (very much like the “feitores castigada negros” (overseers punishing blacks) as portrayed by the French artist Jean-Baptiste Debret in Brazil in the 1820s), a practice which Brazilian army captain (retired) Jair Bolsonaro, Brazil’s President, is so keen to defend.

I arrived back in Portugal from Brazil in late 1967 on the RMS “Aragon” which sailed from Buenos Aires, calling at Montevideo, Santos, and Rio de Janeiro, where l boarded the ship, before making it across the Atlantic Ocean to the Canary Islands and Lisbon. In the 3rd class section there were many fascinating Latin American students on their way from Argentina, Uruguay and Brazil, to study in Europe, and among them l met the young Brazilian historian Carlos Guilherme Mota on his way via Lisbon to Toulouse to study under the great French historian Jacques Godechot, a pioneer in Atlantic History.

When we arrived In Lisbon l accompanied Carlos Guilherme to his pensão. He could not convince the owner that he was speaking Portuguese and that he came from Brazil. Like my waiters in Bahia she did not be believe him, much less understand what he was trying to say.

I needed to intervene. The Englishman explaining a Brazilian to an agitated and uncomprehending Portuguese landlady.

Later we were both invited to Dr Ayala Monteiro for dinner. His apartment was on the Rua Janelas Verdes and overlooked the River Tagus. It was splendid affair. His household personal major-domo was clad in white jacket and white gloves. Dr Ayala Monteiro served us coffee made up of blends from every part of the Portuguese empire as he proudly explained.

He offered us each a very large cigar, which l rashly accepted, having never smoked a cigar before (fortunately the white gloved mojor-domo seeing my lack of knowledge very discretely clipped the cigar for me since l did not know at all what to do). Dr Ayala Monteiro showed us his bedroom utterly laden with religious images (he was unmarried). Afterwards he took us to a wonderful Fado show put on especially for us. There was no one else there.

I wondered afterwards if he may indeed have been right when four year before he had told me that there was no such thing as a Brazilian independence movement and that the transition from Portuguese colony to Brazilian empire had all taken place as the result of a magnanimous Portuguese gift.

Curiously years later l realized that my book on the 18th century republican plot against Portuguese rule which was inspired by the recent independence of the United States (“Conflicts and Conspiracies, Brazil and Portugal 1750-1808, published in Brazil as  “Devassa da Devassa”) has never been published in Portugal.

And no one in Portugal recognizes in fact that it exists at all.

My books on “Pombal”  and “The Making of Portuguese Democracy” were published Portugal.

I suppose in the end there is some comfort in elegant ignorance.

It is the story of the “cordial” man still. In Portugal at least if not these days in Bolsonaro’s Brazil. Dr Ayala Monteiro was certainly exquisitely cordial.