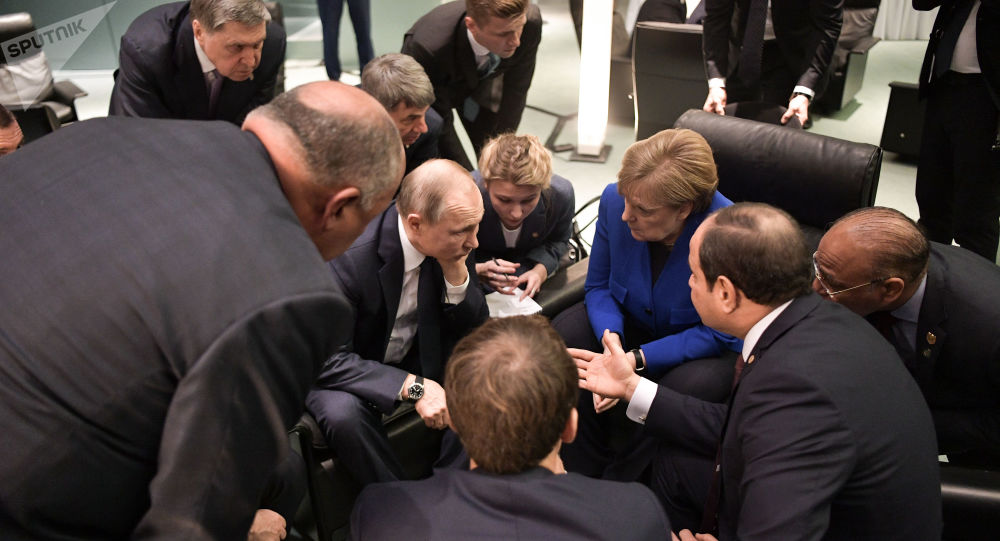 The Europeans deserve credit for their persistence and stubbornness in seeking a resolution of the Libyan conflict, but the viciousness of past fighting and the fragility of past ceasefires has strengthened the hardliners among the rival Libyan factions skeptical of dialogue and negotiated settlements.

These animosities were so great that the Berlin hosts were unable to induce General Khalifa Haftar and Fayez al-Serraj, Chairman of the Presidential Council of Libya and prime minister of the Government of National Accord (GNA) of Libya formed in 2015, to meet in the same room during the conference.

Various third parties have sought to promote a ceasefire and peace talks between them, most recently at the just concluded Berlin conference, but these efforts have failed as both sides still think they can win a military victory.

We can be skeptical that the mere convening of the Berlin conference—following months of similar recent meetings in other cities and arguably years of similar initiatives by many of the same foreign powers–will ensure an end to the fighting, circumvention of the arms embargo, and greater European unity.

Things should become clearer in coming weeks if the first ever session of the 5+5 Libyan military committee, with equal representation from Haftar and the GNA, in Geneva.

If the meeting fails to occur, near-term processes for a truce, let alone an enduring peace process, will remain minimal.

Even so, the conference is depending on a divided UN Security Council to enforce compliance with any ceasefire as well as strengthen a leaky arms embargo that has lacked comprehensive implementation for years.

Neither the communique nor the press conference discussed an onsite monitoring and interposition force.

There also was no indication how to disarm the militias—it would matter little if an agreement constrains further arms imports but does not dispose of the large quantities of weapons that have already entered the country– and launch the multi-year reconstruction program the country will need.

The situation in Libya is unfortunately similar to that in Syria in that both countries have become arenas where foreign governments can support local groups to advance their own agendas.

However, a major difference is that, whereas Russia decided to make a decisive military intervention in the war to secure victory for its Assad ally, no foreign country is willing to make such a move in Libya.

The Russian government has declined to repeat its unusual large-scale military deployment in Syria and reverted to its previous policy, seen most clearly in Ukraine, of pursuing lower-level proxy military intervention.

In the case of Libya, this has involved sending mercenaries rather than regular troops to the battlefield.

Since these foreign fighters do not have mass Russian air force support, as in Syria, their contribution has been less effective but also less attributable to Moscow, where many policy makers are skeptical that Haftar will be as pliable as Assad.

Just last week, Haftar abruptly departed a smaller peace conference in Moscow when he failed to secure the red carpet treatment that he had expected from Putin.

Turkey lacks long-range aviation and naval assets and its nearest secure military base is in Turkey-occupied Cyprus.

Ankara’s expulsion from the F-35 program has deprived the Turkish armed forces of the critical advanced command, control, communications, and intelligence capabilities needed for operating far beyond Turkey’s national territory.

Other countries are either sending arms or diplomats.

As in Syria, the United States has declined to take a leading role in resolving the conflict.

Given the limited prospects for near-term success, the divisions among potential U.S. allies and partners, the political problems that arose following the killing of the U.S. Ambassador to Libya in Benghazi a few years ago, and most importantly the imperative for the Pentagon of meeting more threatening military challenges in the Arabian Gulf and the Indo-Pacific theater, “leading from behind” represents a defensible approach regarding Libya, at least for now.

As a result of this limited and crisscrossing military intervention, no faction has been able to attain military superiority the way the Syrian government did due to massive Russian, Iranian, and Hezbollah support.

Even so, the recent Turkish decision to provide direct military support for al-Serraj’s government, though galvanizing international concern about ending an escalating civil war, will likely make it harder to achieve a near-term ceasefire since Haftar’s forces are trying to press their offensive before the greater Turkish intervention impacts the balance of forces in the field.

At Berlin, foreign countries pledged to do a better job enforcing the UN arms embargo on weapons shipments to Libya, but the accord only limits future foreign military activities in the country, exempting the Turkish presence launched months earlier.

Besides securing a ceasefire and eventual peace settlement, Libya is rich in oil and restoring oil exports are critical for reviving that national economy, which will reduce incentives for emigration and facilitate post-conflict reconstruction.

Not only is the fighting discouraging foreign investment, but Haftar’s supporters have been disrupting work at several pipelines and coastal oil export terminals to protest the Turkish military intervention in the country.

As a result, Libya’s oil exports, which had been exceeding one million barrels per day (bpd), has now decreased to under 100,000 bpd.

It is worrisome that, despite the large number of attendees at Berlin, several countries that have important roles to play in resuming Libyan oil exports were not invited to the conference.

The photo is credited to Aleksey Nikolsky of Sputnik International.