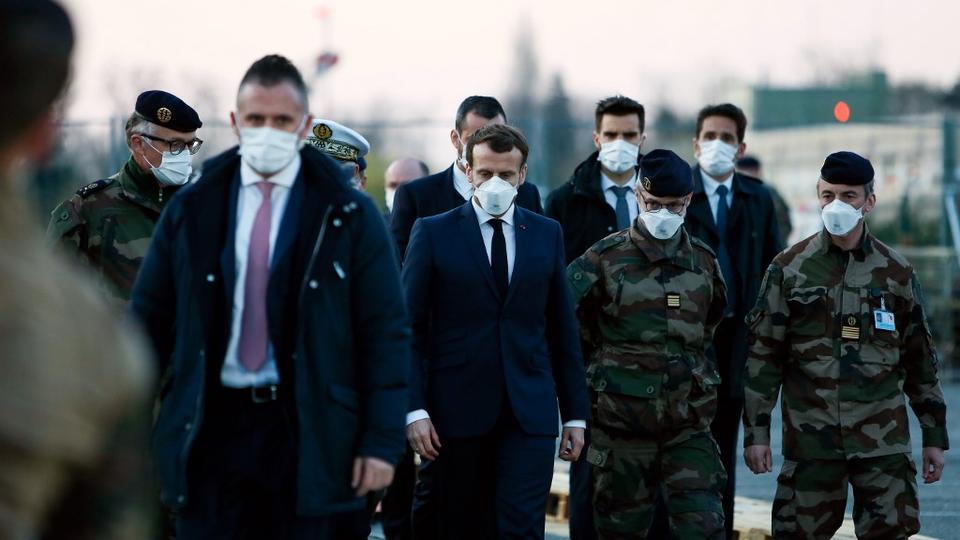 The French services are also temporarily pulling troops out of Iraq as of today, as the training of local forces has been suspended due to social isolation, she said on RTL radio.

The proximity of Iran also prompts a withdrawal, as the neighbouring country has been heavily hit by the deadly Covid-19 infection.

President Emmanuel Macron announced last night the launch of Operation Resilience while on a visit to the hospital in Mulhouse, eastern France, where the army has set up a field hospital to back up the overloaded medical staff and facilities.

“This operation Resilience will be wholly dedicated to the help and support of the public as well as support for the public services in tackling the Covid-19 epidemic at home and abroad, particularly in health, logistics and protection,” he said.

Resilience will be separate from the Sentinel mission, which sees up to 7,000 troops in street patrols as a means to deter attacks by Islamist militants.

As part of operation Resilience, the navy will immediately sail the Mistral helicopter carrier to the southern part of the Indian ocean, and the sister ship, Dixmude, will at the end of April sail to the French Caribbean, to provide support and hospital facilities to the overseas territories, he said.

The two warships are presently sailing respectively in the Indian ocean and western Mediterranean. The third Mistral class vessel, Thunder, last weekend sailed 12 patients severely hit by the virus to Marseille from Corsica.

It was not immediately clear from the statement issued last night by the ministry the details of Operation Resilience.

The services were engaged, providing logistical support, health and protection missions, Parly said, pointing to medical evacuation by an air force A330 MRTT jet, naval helicopter carrier and setting up the army field hospital at Mulhouse.

“Resilience is the capability to overcome shocks and move beyond them,” Parly said. The services will provide support in an “integrated” manner.

The forces could help by guarding medical stores, escorting transport of medical gear such as masks, and supporting firefighters, she said. Such “protection” would lessen the call on the police.

The services would be in a support role and would not have the power of arrest, as that is for the police, she said.

Hundreds, and later thousands, of military personnel would be helping the civil authorities, depending on the requests.