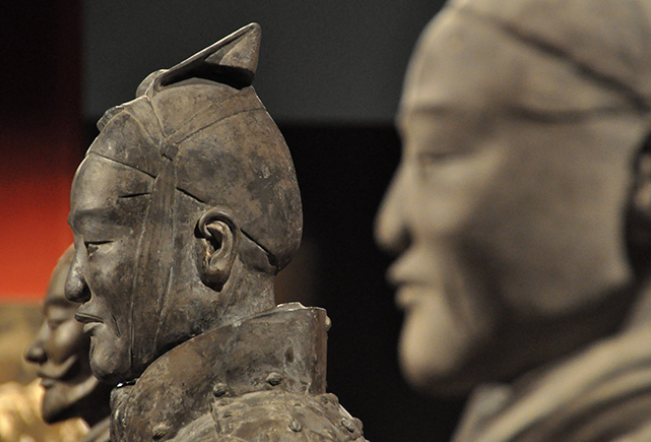 There are clearly going to be geopolitical impacts from the effects of states dealing with the Coronavirus crisis.

Certainly, one issue will be the question of global supply chains, and the growing recognition that the liberal democracies have relied too much on China for supplies of critical elements for their own survival, notably in the medical area.

But what will be the broader impacts?

At a broader historical level, when I studied Chinese history at Columbia University, one learned that the impact of natural disasters had a significant impact on empires, and signaled that the Mandate of Heaven was being withdrawn, and with that the rise of new dynasties.

Perhaps not quite the Mandate of Heaven, but clearly the crisis and its global impact will perhaps cut short the political life of the ruler for life.

And rumblings have become public.

In an April 19, 2020 article by Jijay Gokhale, two Chinese essays target the role of the ruler for life.,

Both were written by former members of the Establishment; Xu was a Professor at Qinghua University in Beijing which is like the MIT of China; Ren was a bonafide Red Capitalist. Both have been subject to censorship. And both have disappeared from public view.

Their contents are broadly similar — the rapier is pointed at President Xi Jinping. They hold him personally responsible for the devastation caused inside and outside China as a result of the poor handling of the COVID19 crisis. Labelled as the “Emperor” by Ren and “The Ultimate Arbiter” by Xu, the two essays are a searing critique of the Communist Party’s failure towards it’s own people in this crisis.

Ren Zhiqiang is ruthless in his attack on Xi Jinping’s attempts, post-facto, to ante-date his personal leadership in the crisis. He derides Xi’s claims of having been on top of the situation in dealing with the pandemic since 7 January, and ridicules the Party’s unconditional endorsement of Xi’s successful leadership in a National Party Conference on 23 February, in these words: “Standing there was not some Emperor showing us his new clothes, but a clown with no clothes on who is still determined to play Emperor.”

Xu’s portrayal of a helpless leader in the face of the challenge is equally damning: “Faced with this virus the Leader has flailed about seeking answers with ever greater urgency……” Ren and Xu allege a ‘cover-up,’ and pose fundamental questions such as why there was no public announcement about the epidemic in the days after 7 January, if, in fact, Xi Jinping had chaired a Politburo meeting to give “directions” on handling it, why China permitted all manner of national events in the two weeks after 7 January, and why millions of Chinese were permitted to travel in the run-up to the annual Spring Festival Holiday as a result of which it became a global pandemic.

Both the ‘petitions’ delve beyond the immediate crisis to the very heart of the matter. “The cause of all this,” writes Xu, “lies with The Axle (a term he uses for Xi Jinping) and the cabal that surrounds him.”

And in an assessment by Lindsay Hughes in a two-part series on the impact of the crisis on China, the author underscored a strategic shift away from dependence on Chinese supply chains by the West.

The possibility that even more international organisation will now move their manufacturing and other divisions out of China has increased dramatically. Organisations were already leaving China due to rising costs as the country’s standard of living rose. The rate at which organisations left increased under President Trump, when he declared his tariffs on China. The coronavirus now appears to have given any companies that dithered on leaving China the final push.

After a shortage of surgical masks was reported in Europe, for instance, the question was asked: why does Europe depend on China for masks? Why can they not be manufactured in, for instance, Albania, which has equivalent or lower manufacturing costs than China? Albania, moreover, is geographically closer to Europe than China is, transportation costs could be reduced and better controls exerted on the production process.

In the US, companies are increasingly considering moving their manufacturing plants to Mexico, a move that was influenced to a large extent by the new USMCA Agreement. If President Trump is re-elected, certainly a possibility, the restrictions on importing Chinese-manufactured goods could increase drastically in his second term. According to the results of a recent survey, 160 US automotive, manufacturing and technology company executives said that they would move their operations from China and other countries to Mexico within the next one to five years.

Were that to happen, and there is every likelihood that it will, FDI into Mexico that is re-directed from China and Europe would increase by US$12 billion to US$19 billion ($19.5 billion to $30.9 billion) a year on average, causing Mexico’s GDP to grow by around 4.7 per cent per year. The incentives for manufacturers to move to Mexico are compelling; due to the 25 years of NAFTA, Mexico has become a major manufacturing base for cars, computers, electronics, televisions and trucks that are destined for the US market….

Given the growing distrust of China across most Western countries and in many other parts of the world, it is hardly surprising that the calls to disengage with China are growing.

The coronavirus pandemic appears to be the last straw for a world that has long suffered China’s dictatorial practices. China’s leaders are now starting to panic; the Chinese Communist Party’s hold on power could be at risk or it would take a major effort, perhaps including military intervention, as occurred at Tiananmen Square and elsewhere in China in 1989, to remain in power.

Its international relations are deteriorating, and that deterioration is accelerating in the wake of the pandemic.

Chairman Xi may bluster all he wants, but in the light of growing domestic dissent and international anger and confrontation,

China may have few options but to reform how it conducts itself.

China, as it stands today, is no role model for how to manage the coronavirus pandemic, let alone as an alternative to democracy.

And as final thought Lindsay noted that the divisions in the United States might well play out up and against the Chinese global dilemma as well.

China has found US allies among the globalists in Washington. Most prominent among those was the Obama-Biden Administration, with then-Vice President Biden controlling the US’s response to various outbreaks of foreign diseases that entered the US.

That was the case during the H1N1 (swine flu) pandemic in 2009, the 2014-16 Ebola outbreak and the Zika virus outbreak. In 2019, Biden was recorded on video mocking allegations that China posed a threat to the US, saying that the Chinese Communist Party “were not bad folks” in his estimation:

“China is going to eat our lunch? Come on, man – they can’t even figure out how to deal with the fact that they have this great division between the China Sea and the mountains in the west. They can’t figure out how they’re going to deal with the corruption that exists within the system. They’re not bad folks, folks … They’re not competition for us.”

The current pandemic has underlined the paucity of that judgement and the danger of complacency that it poses.