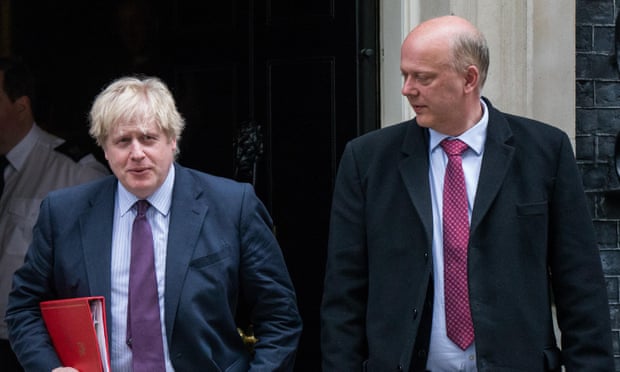 Chris Grayling who Boris Johnson attempted to parachute in as the chair of the Parliamentary Committee on Intelligence and Security was dethroned by a coup d’etat led Dr Julian Lewis with the support of Conservative, Labour and the SNP (Scottish Nationalist Party) member of the committee.

It was a welcome surprise to many in the defense and security establishment who regard “Failing Grayling” as being far to compliant to the Prime Minister let alone having the competence to hold such a vital role.

This is a major defeat for Boris Johnson with wide consequences for the oversight of security policy as Britain faces a changing international geo-political environment, a growing conflict with China, and working out in practice the practical changes brought about by Brexit as well as major decisions on post-Brexit domestic and international security relationships and funding.

Chis Grayling is notorious for his serial screwups in government not least when he was the justice secretary in the government of David Cameron and transport secretary under Theresa May when he obtained his lasting sobriquet for hapless incompetence.

He is the classic case of upward failure.

Lord Ricketts, a former national security adviser, said that Grayling did not “match up” to the authority or reputation for the job. But Boris (and his political adviser in Downing Street, Dominic Cummins), overreached with the committee on intelligence and security. They had seriously underestimated Dr Julian Lewis. As did Chris Grayling who was totally surprised by the outcome of the Committee vote.

Dr Julian Lewis is a ardent Brexiteer. He has been a conservative MP for New Forest East since 1997 and has chaired the Commons Defense committee. He was, however, a supporter of the former speaker of House of Commons, John Bercow, a figure much unloved by his fellow Tory Party members. He also evidently has the ability to form cross party alliances. He has always been something of a maverick.

He is above all deeply suspicious of Russia and is an ardent supporter of the armed forces and has argued for increased military and security services expenditures. He is above all an expert in the field of defense and security questions which for Boris Johnson and his political adviser Dominic Cummins was an expertise and an oversight that they did not want.

The pressure on the government to publish the long delayed report into Russian attempts to influence the outcome of the 2016 EU referendum and the 2017 general election before the summer recess will now be very difficult to avoid.

Julian Lewis has no interest in seeing further delay. Boris Johnson’s response to Chris Grayling‘s defeat was to have the chief whip, Mark Spencer, remove the Tory whip from Dr Lewis, in effect to kick him out of the parliamentary Conservative party.

Swift revenge against those who disagree with him is also a characteristic of Boris’s rule.

The former chair of the committee Dominique Grieve also had the whip removed by Boris Johnson in the last parliament and is no longer a MP.

But revenge this time could well be self defeating. Dr Julian Lewis in a master class of “cloak and dagger politics” has pulled off a “very British coup. “