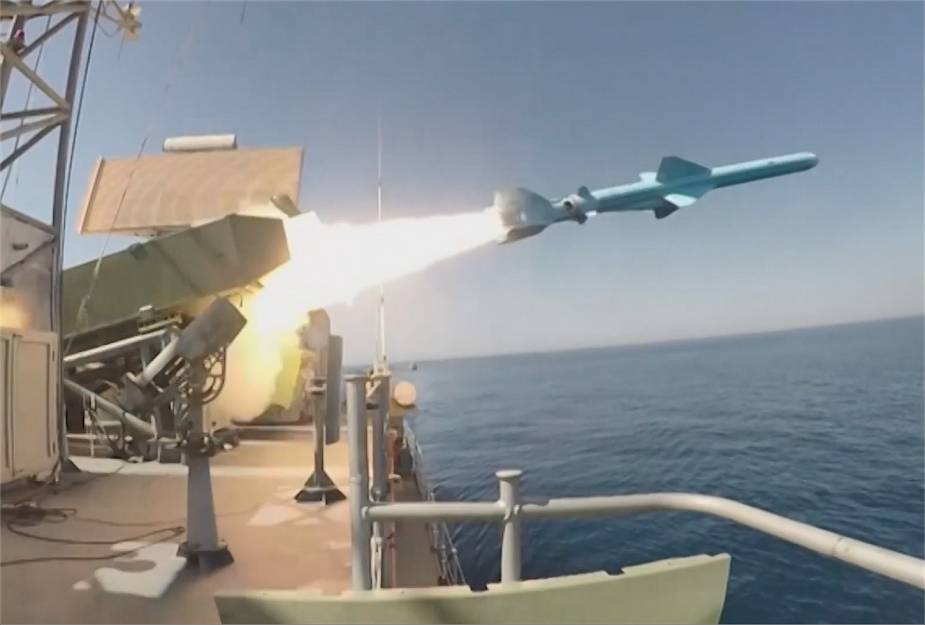 In naval warfare, one of the best tools for area denial is the anti-ship missile system. They strengthen a state’s combat and deterrent capability in a hostile maritime environment.

Anti-ship missiles form a credible component of any nation’s defence capabilities. Anti-access area denial (A2/AD) provides an ability to prevent adversaries from gaining dominance in the region. Volatile tensions between adversarial countries – such as the terse warning and naval harassment from Iran to the U.S. in April 2020 – highlight just one reason these developments are crucial to study.

Iran is developing sophisticated anti-ship missile systems to counter any offensive advantage posed by the sea-based capabilities of its adversaries, and to strengthen its own maritime options in the Persian Gulf.

In April 2020, as the Iran-U.S. military tussle intensified, Major-General Hossein Salami, Commander-in-Chief of the Iranian Revolutionary Guard Corps (IRGC), warned American forces that Iran felt a threat to both its military and civilian ships, and would destroy any U.S. warships threatening Iranian vessels in the Persian Gulf. According to a U.S. Navy statement, 11 Iranian naval ships harassed U.S. vessels that were transiting Persian Gulf that month.

Although a phased missile defence approach is currently in place (in the form of  the EPAA, or European Phased Adaptive Approach developed by the U.S. as a way to contribute to NATO’s missile defense system, but specifically designed to protect Europe against short-, medium- and intermediate-range ballistic missiles launched from Iran) there needs to be synchronization of this EPAA missile defence system with the missile defence systems of Gulf countries too. This article looks at the Iranian anti-ship missile threat and how the United States could possibly counter.

Back in 2019, not only did Iran launch an anti-ship cruise missile but launched it from an indigenous Qadir Class submarine. Capabilities like anti-ship missile systems become a critical threat to both military and civilian ships passing through maritime areas where the missile can prove to be a threat. Tonnes of oil and other important goods pass through the Strait of Hormuz and hence, Iran’s development of capability to dominate the region can become a threat for its adversaries.

Dominance in the Strait of Hormuz means that Iran will also become a major player in the Persian Gulf. Sophisticated anti-ship cruise missiles fitted to radar-evading Qadir Class submarines could provide Iran with greater leverage in the Persian Gulf owing to the stealth capabilities of the submarine and would strengthen Iran’s A2/AD capability. Over the years, Iran has worked to increase the ranges of anti-ship missiles like the NASR Nuclear Artillery System Rocket from Pakistan and its own Noor anti-ship missile, which is an Iranian copy of the Chinese C-802 anti-ship missile system.

This could clearly alter the ‘balance of power’ in Iran’s favour. Such reports nevertheless point to Iran’s preparedness on its maritime capabilities to influence the Persian Gulf region. In April 2020, General Salami asserted that “security of the Persian Gulf is part of Iran’s strategic priorities.” Moreover, since the hypersonic arms race has already begun – and Russia, China, India, the United States are all developing/developed hypersonic cruise missile systems – Iran will not want to be left behind, and will want to showcase its military prowess to the world.

Anti-ship missile capabilities that could alter the ‘balance of power’ in the Persian Gulf are not new to Iran.  During the Iran-Iraq War, it acquired Chinese Silkworm missiles that were capable of sinking tankers and, hence, was a direct message to those Gulf States that were supporting Iraq during the war. Afterwards, such missile capabilities conveyed the message to the Gulf States to reduce support to the United States in the region.

The anti-ship missiles of Iran’s modern day arsenal are far more sophisticated and advanced than the Silkworm missile systems and hence, are more capable of altering the ‘balance of power’ in the region. Iran could conceivably use its advanced anti-ship missile capabilities and combat prowess to discourage Gulf States from supporting sanctions imposed on Iran or as a signal to states like Saudi Arabia against actively participating in the Yemen crisis. Such missiles will also enable Iran to continue wielding its dominance in regions like Iraq.

While the United States already has the EPAA as an ongoing missile defence architecture program, it is not without technical glitches. It has been pointed out that the EPAA is not robust enough to counter Iranian missile systems. Better coordinating air- and space-based sensors would increase the effectiveness of the EPAA to counter Iranian threats. Moreover, as tracking Iranian missiles is handled by a single ground-based radar system, a single error can be disastrous.

Clearly, the radar system needs to be able to track cruise missiles plus have the capacity to track the greater speeds of future missiles. It should be mentioned that the Aegis Ashore system, planned to be deployed in Poland to counter threats from Middle East, is also facing technical constraints and the Aegis’  deployment has been delayed until 2022.

Furthermore, some analysts advocate for integrating the EPAA with the NATO’s Active Layered Theatre Ballistic Missile Defence (ALTBMD). They suggest the development of a credible combined defensive mechanism would be very beneficial.

Such measures would set the United States on a successful path towards an integrated missile defence system in the Gulf region in order to prevent any catastrophe. US  and NATO sea based missile defence systems must be well-integrated in order to be able to detect and intercept any sudden attacks by anti-ship missiles. The priority would be to protect both military and civilian ships, to prevent damage of goods worth billions.

If appropriate measures are not taken soon, U.S. naval assets in the Persian Gulf may be vulnerable to Iranian missile attacks. The United States needs to speed up its missile defence architecture program in the Gulf and in Europe if it is to effectively counter Iranian or any other missile threats in the region.