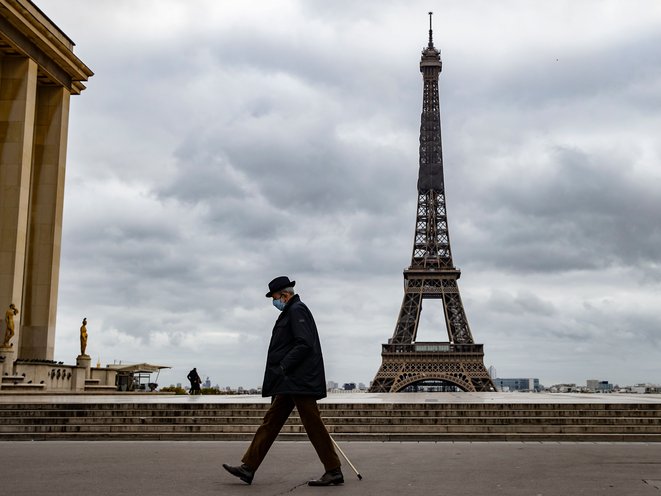 Paris – Arms companies are knuckling down to meet production targets and a timely delivery to the client at home and abroad, as France entered a further national lock down in a bid to stem a second wave of the deadly pandemic.

Firms had largely adapted to strains in the domestic market in the first wave, but concerns were rising over whether to attend overseas trade shows in the first quarter — even the first half — of 2021, an executive said.

Those foreign exhibitions were seen as important in the French pursuit of foreign sales, a key factor in their business plans.

Meanwhile, President Emmanuel Macron has sought to soothe rising political tension in France and around the world in response to his remarks on Islamist extremism following the killing of three people in Nice, south of France.

The latest lock down, even though lightened compared to the previous effort, will lead to a 15-percent decline in the economy, said economy minister Bruno Le Maire, business website La Tribune reported Oct. 31.

The lock down for the month of November will lead to €15 billion ($17.5 billion) of government support, afternoon daily Le Monde reported Oct. 30.

“We will continue to support our economy, companies, businesses, employees,” Le Maire said. “We do not want to add a social crisis to a health crisis.”

The pandemic has led to two to three months of delay in delivery or development, with expectations that tardiness to be made good next year, the arms procurement chief said.

“We have seen a certain number of late deliveries from industry or development of equipment for our services,” Joël Barre, head of the Direction Générale de l’Armement (DGA), told Oct. 15 the defense committee of the lower house National Assembly.

“That is of the order of two or three months: our aim is to catch up between now and the end of 2021 at the latest,” he said.

On trade shows, there were plans to attend the IDEX exhibition in the United Arab Emirates, but the managers “were not convinced,” an  executive said. There were also doubts over the LAAD exhibition in Brazil, and the Paris air show in the first half of 2021.

“That is not at all guaranteed,” the executive said.

The IDEX land weapons and NAVDEX naval exhibitions are open Feb. 21-25, while the LAAD show is due to run April 6-9.

The Paris air show, due to run June 21-27, is a showcase for French civil and military aircraft, enjoying political backing, with a prominent chalet for the armed forces ministry and a visit from the head of state.

There was discussion how that show would be organized, whether the public would be allowed to enter and how many delegations would be invited.

The Farnborough air show in the UK was held on a virtual platform.

Naval Group will attend the IDEX and LAAD shows, with a reduced team from the local subidiaries, a company spokesman said. The French shipbuilder is sending staff out to Brazil and India as needed, to support the submarine programs in those nations.

Dassault was expected to attend the Bengaluru air show, which is due to run Feb. 3-7, as India was seen as a critical market  for the Rafale, and the company was likely to attend IDEX.

On deliveries, a second executive said there would be few problems for a large client nation such as India, as there was an Indian team in France to check the Rafale fighter jet and approve for delivery. But there could be difficulties for some nations, such as Indonesia, to fly a team over and coordinate with French officials.

For industrial production, there seemed to be little to change with the new lock down, as suppliers were delivering on time, and factories were now set up for production while observing social distance, clean workspace and split shifts.

With primary and secondary schools, and colleges able to stay open, there was less pressure in the latest lock down, part of an attempt to keep the work world working.

Travel concerns hurt export prospects as there was less air travel, and hotels might be closed, the executive said. Physical trade shows allowed companies to learn of operational requirements and pitch concepts.

Sales and orders were likely fall below 2020 targets, and there was likely to be an uncertain outlook for the next two or three years, the executive said.

Macron’s defense of French cartoons which mocked Prophet Muhammad has sparked anger among Muslims around the world.

German daily Die Welt published Nov. 2 an interview with the UAE foreign minister, Anwar Gargash, giving support for Macron, whose remarks have led to anti-French demonstrations  and a call for boycott of French goods.

“(Muslims) have to listen carefully to what Macron said in his speech,” said Gargash in Die Welt, television broadcaster Al Jazeera reported. “He doesn’t want to isolate Muslims in the West, and he is totally right.”

Macron took his message to the Arab world with an Oct. 31 interview on Al Jazeera, in which  he said he understood the feelings of those who objected to his remarks.

“I understand the sentiments being expressed and I respect them,” he said.  “But you must understand my role right now, it’s to do two things: to promote calm and also to protect these rights.”

“The recent call from those of certain countries to boycott French goods is incomprehensible, shocking and unjust,” the op ed said.

A re-publishing of cartoons of the satirical weekly Charlie Hebdo led to killings in Nice.

A Tunisian man killed Oct. 30 three people in Nice, before he was severely wounded and arrested by the municipal police. The assailant had shouted “Allahu Akbar” — God is Great – before wielding a knife with a 17 cm. blade, killing two people in the Basilica Notre Dame d’Assomption, and wounding a third, who died just outside the church.

There was “a vision of horror,” the police said. The assailant had landed in Europe Sept. 20 on the Italian island of Lampedusa, before travelling to Nice on an Italian Red Cross document.

That deadly incident followed the beheading two weeks earlier of Samuel Paty, a history teacher in Conflans Sainte Honorine, a quiet town just outside the capital.

The attacker, an 18-year-old Chechen man, had learnt on social media of Paty’s showing the  cartoons in class discussions on the importance of freedom of speech.

Those killings, which occurred when Muslims celebrated the birth of Prophet Muhammad, deepened a sombre mood as France prepared to go into a second lock down on Oct. 30.

The city of Nice has seen bloody days. In 2016, a Tunisian man who had settled in France, killed 86 and wounded hundreds by driving a truck into crowds gathered on the seafront to mark the July 14 Bastille Day celebrations.

A Brazilian woman, who had settled down in France, was one of the three slain in the attack in Nice. She had reportedly said just before she died, “Tell my children that I love them.”

Featured Photo: A man walks across a deserted Trocadero square near the Eiffel Tower, on the first morning of the second national lockdown in France. IAN LANGSDON/EPA-EFE/SHUTTERSTOCK