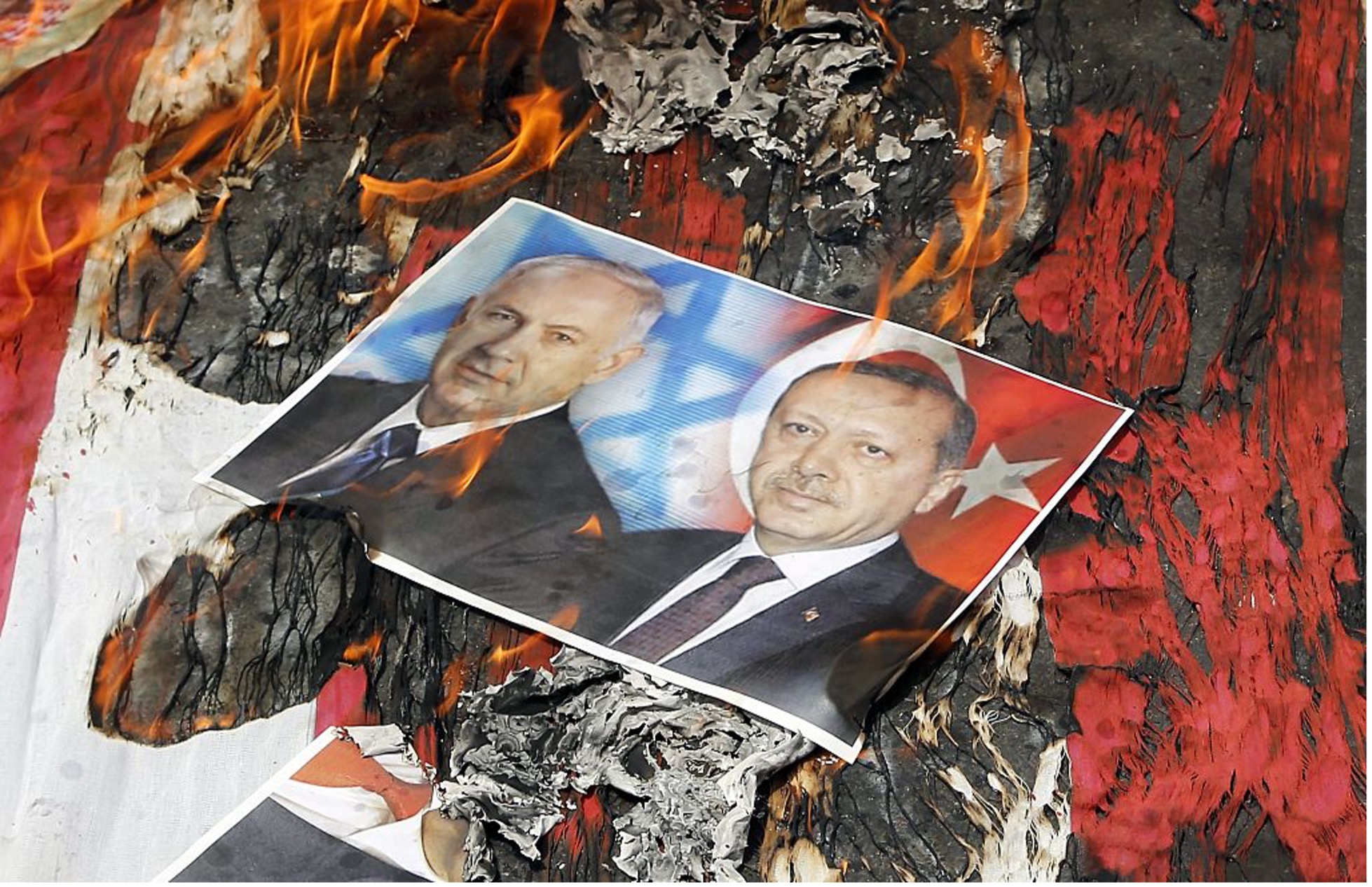 Turkey is feeling the squeeze. How else to explain President Recep Tayyip Erdogan’s remarks in late December signalling his interest in closer relations with Israel? Turkey has also reportedly picked a new ambassador to Israel to fill a post that has been left vacant for more than two years. Yet only four months before then, in August, Ankara had warned the United Arab Emirates that it was ready to suspend diplomatic ties and withdraw its ambassador from Abu Dhabi in the wake of the UAE’s proposed normalisation deal with Israel. Turkey described the deal as a betrayal of the Palestinian people.

Over the past decade, Turkey has been competing with Iran as the standard bearer of the Palestinians, doing exactly what the Soviets did during an earlier era: championing the Palestinian cause over the heads of moderate Arab leaders in a bid to strengthen its political influence in the region. Erdogan has been particularly outspoken in his condemnation of Israel’s treatment of the Palestinians.

Yet Turkey itself has enjoyed longstanding political, economic and strategic ties with Israel dating back to the 1950s. This strategic cooperation arguably reached its peak in the 1990s with Israel selling advanced weapons systems to Ankara. However, the strong bilateral relationship fell apart a few years after the rise to power of the Justice and Development Party under Erdogan in 2002.

The deterioration in ties between the two countries hit rock bottom with the Mavi Marmara flotilla incident of May 2010, for which Israel apologised to Turkey in 2013. In 2016, the two countries signed a normalisation agreement that survived barely two years. Turkey recalled its ambassador for consultations in May 2018 and in effect called upon Israel’s ambassador in Ankara to also leave following the move of the US embassy from Tel Aviv to Jerusalem and the deaths of dozens of Palestinians in clashes along the Gaza–Israel border.

So, what explains Turkey’s political U-turn?

Ankara also has an urgent need to alleviate the economic hardship and avoid imposition of further sanctions by the United States and the European Union. It’s also likely that Turkey is feeling increasingly marginalised amid the growing number of Arab and Muslim nations that have shown interest in establishing ties with Israel.

Israeli Prime Minister Benjamin Netanyahu was so enthusiastic about securing normalisation deals with the Gulf states of the UAE and Bahrain that he was willing to overlook the proposed US sale of sophisticated weapons including F-35 fighter jets to Abu Dhabi. Israel has historically expressed fierce opposition to strengthening the offensive capacity of any Arab state. Yet it is unlikely to respond with the same enthusiasm to Turkey’s latest overtures, partly because of Erdogan’s strident criticisms and also because of the benefits it is now reaping from the recent normalisation deals with the UAE, Bahrain and Morocco. No less importantly, Israel will not want to jeopardise its defence and energy cooperation with Egypt, Greece and Cyprus. The political crisis in Israel and an early election in March also complicate matters.

However, Israel will be aware of the opportunity emerging from the rising tide of mutual suspicion between Turkey and Iran, with growing potential to create a sense of mounting isolation in Tehran. Turkey’s strong support for Azerbaijan during its recent conflict with Armenia has expanded Ankara’s clout in the south Caucasus, which Tehran views as an unwelcome development. Matters reached a head in December when Erdogan recited a poem during a visit to Azerbaijan that Iran had called a threat to its territorial integrity. Turkey’s communications director later said that Iran’s interpretation of the poem was ‘deliberately taken out of context’.

Israel’s cooperation with the Gulf states is driven in part by a shared fear of Iran, but also by suspicion of Turkey. While a rapprochement with Turkey could be a means to further isolate Iran, it risks undermining the advantages Israel has accrued through the recent warming with Gulf states and other countries in the region.

Nonetheless, reinstating the ambassadors in Tel Aviv and Ankara can be done without any major concessions from each side. This step will not bring a significant improvement to Turkey–Israel relations, but it could at least make a modest contribution to lowering tensions in the region.

Azriel Bermant is a lecturer at the Hebrew University of Jerusalem and Tel Aviv University. Gallia Lindenstrauss is a senior research fellow at the Institute for National Security Studies in Tel Aviv.