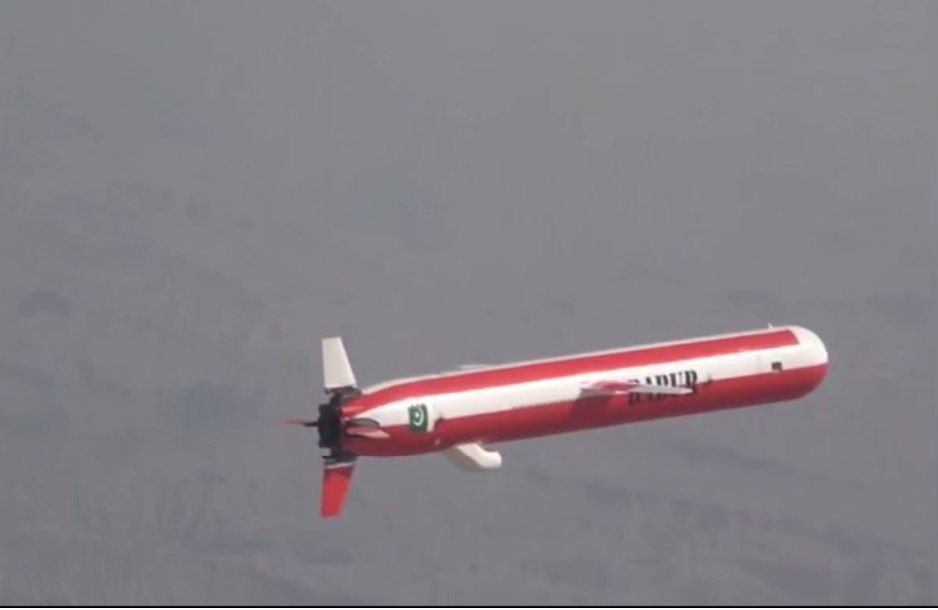 This has been done to close any capability gap in a conventional war with India.

Not just frequent testing but operational readiness is also strengthened with efficient handling of the weapon system in the field.

Training is crucial as well.

The missile system passed all these prerequisites.

In addition to the Babur missile, Pakistan has test fired Ghaznavi and Shaheen-3 ballistic missiles this year.

Babur IA has both ground launched and submarine launched versions.

However, Pakistan is yet to acquire an SSBN or an SSN.

However, conventional submarines do not facilitate in survivability of nuclear arsenal as SSBNs and SSNs do.

Though Pakistan clarifies that it does not wish to deploy nuclear warheads on its submarines, a ‘first-use’ nuclear policy means nuclear weapons need to be in a ready deterrent posture in times of crises at least.

Again, closing capability gap does not only imply developing and deploying capabilities, but these capabilities have to be credible enough for the adversary to be deterred.

This along with its Abadeel missile that can be fitted with multiple independently targetable re-entry vehicles (MIRVs) add strength to its ‘full spectrum deterrence’ by providing Pakistan nuclear deterrence that is credible.

Testing of nuclear capable missile systems of various ranges imply that Pakistan also aims to strengthen its ‘full spectrum deterrence’ posture by deploying capabilities that could put both counter-force and counter-value targets of adversary to threat.

Much has been written on Pakistan’s own command and control of its nuclear weapons especially the tactical ones.

According to reports, Pakistan has adopted two man approach to protect its nuclear weapons from accidental launching and also has Permissive Action Links (PALs).

However, missiles like Babur that could be launched from sea make command and control more complex task and in times of crisis these missiles would be deployed on their respective launch vehicles.

Full spectrum deterrence is not only strengthened with operationally credible nuclear delivery systems, but also delivery systems that are not subjected to accidental launch.

Nuclear weapons that are subjected to accidental launches like the submarine launched version of the Babur missiles undermine deterrence of any kind- even ‘full spectrum deterrence.’

They jeopardise strategic stability and lead to unnecessary mad dash for an arms race in a region.

While Pakistan’s nuclear deterrence and its strategies are India-centric, it cannot be eschewed that Pakistan would possess no nuclear weapons capability or a deterrence posture vis-à-vis its adversaries in the Middle East.

A nuclear capable neighbour like Iran and an adversary like Israel, do make Pakistan’s nuclear deterrence and its strategy of ‘flexible response’ viable not just against India but also against these states as well.

The featured photo of the Babur 1A cruise missile is taken from the following story:

The Economic Times of India noted in an article published on February 11, 2021:

“The Babar missile “is capable of engaging targets at land and sea with high precision,” the Army said in a statement, adding that the missile was launched from a state-of-the-art multi-tube launch vehicle.

“It said that the Babar cruise missile has a range of 450 kilometers.

“Senior scientists and defence officials witnessed the training launch and acknowledged the standards of training and operational preparedness of the Army Strategic Forces.

“Raza Samar, chief of National Engineering and Science Commission, said that the launch showed the “proficient handling of the weapon system in the field and fulfillment of all laid down training