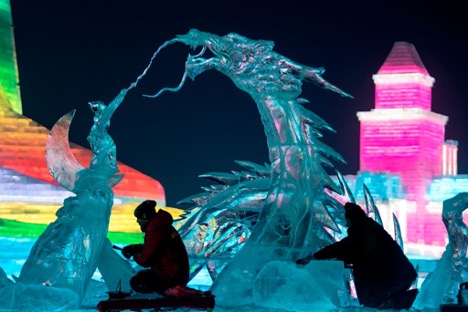 Here are 14 points on the longest icy age between Australia and China since diplomatic relations were established nearly 50 years ago.

The 14 points match the number—but not spirit—of the Chinese embassy’s 14 angry charges against Australia.

Australia knows an ‘assertive China is the new constant’.

As our top diplomat noted in 2019, the ‘new normal’ of Australia’s dealings with China will be marked by ‘enduring differences’.

Australia’s choice: In the rolling seminar on China as the phenomenon of the age, the Oz polity has abandoned the hopeful line that ‘there’s no question to answer, no choice necessary’. Hedging became so prickly it wasn’t a strategy. Canberra has drawn lines, said no, and pushed back in a cascade of wake-up moments. The cumulative effect is to deliver a choice. While Southeast Asia argues it mustn’t be forced to choose, Australia goes to a different place.

The terms of Australia’s choice evolve and shift. Yet nuanceshave been stripped away and language becomes blunter: Australia now talks about China as a bully and a potential adversary.

The icy starting point was Malcolm Turnbull’s speech in June 2017 expressing a ‘dark view’ of a ‘coercive China’ seeking domination.

We cannot pretend that things are as they were. The world has changed.

China’s trade punishment: The retribution that began last year cut the value of Australian trade with China for almost all industries by 40%(only China’s huge appetite for iron ore sustains the trade figures). Australia’s ambassador to Beijing, Graham Fletcher, says China ‘has been exposed as quite unreliable as a trading partner and even vindictive’.

Labor–Liberal tacit consensus: Labor backs the Morrison government in facing China. Labor’s hits are on tactics and competence, not the nature of the choice. All the attack lines in opposition leader Anthony Albanese’s start-of-the-year foreign policy speech were about how badly Morrison had handled Donald Trump. Albanese said Australia should stand with the new Biden administration to both challenge and coexist with China.

China’s 14 charges: The rap sheet is classic China: it’s all Australia’s fault. It’s Oz that’s ‘opaque’, ‘doing the bidding of the US’, guilty of ‘politicisation and stigmatisation’, ‘spearheading the crusade against China’, ‘poisoning the atmosphere of bilateral relations’.

Xi Jingping: This is personal. Xi’s 2014 addressto the Australian Parliament was a relationship high point; now the leader who visited every Australian state punishes ingratitude. China’s 14 charges listed Australia’s ‘call for an international independent inquiry into the Covid-19 virus’.

Australia spoke loud at a moment of crisis for Xi’s leadership; he sends retribution.

China’s might: ‘The brutal reality of dealing with China’(a front cover headline from The Economist). On track to be the top economy, China is the largest trading partner of 64 countries, against 38 countries with the US. ‘[I]f forced to take sides, many countries might choose China over the West,’ The Economist muses. ‘Engagement with China is the only sensible course, but how does it avoid becoming appeasement?’

The end of US primacy: The Biden administration understands the game has changed. Now to get America back in the game

The global system shakes: We are at the end of the old international order, a profoundly challenging moment for Australia as a contented status quo power.

The Indo-Pacific: A new geographic construct is ‘the cradle of crises or solutions’. In the effort for coexistence, not war, Rory Medcalf describes the Indo-Pacific as ‘both a region and an idea: a metaphor for collective action, self-help combined with mutual help’. The first Quad leaders’ summit polishes the democratic diamond, as one facetof the construct.

The pandemic: Covid-19 changedthe way we work and live and how we think about health and travel and economics and government (especially competent government). In Huong Le Thu’s apt aphorism: ‘If power corrupts, then crisis reveals.’ And crisis accelerates history.

Alas, the panda is extinct.

Even patters are wary: Geoff Raby writes of the ‘dystopian’ times and Australia’s need for ‘a hard-headed’, realist grand strategy.

Still divided on tactics, punchers and patters agree on the size and challenge of the dragon.