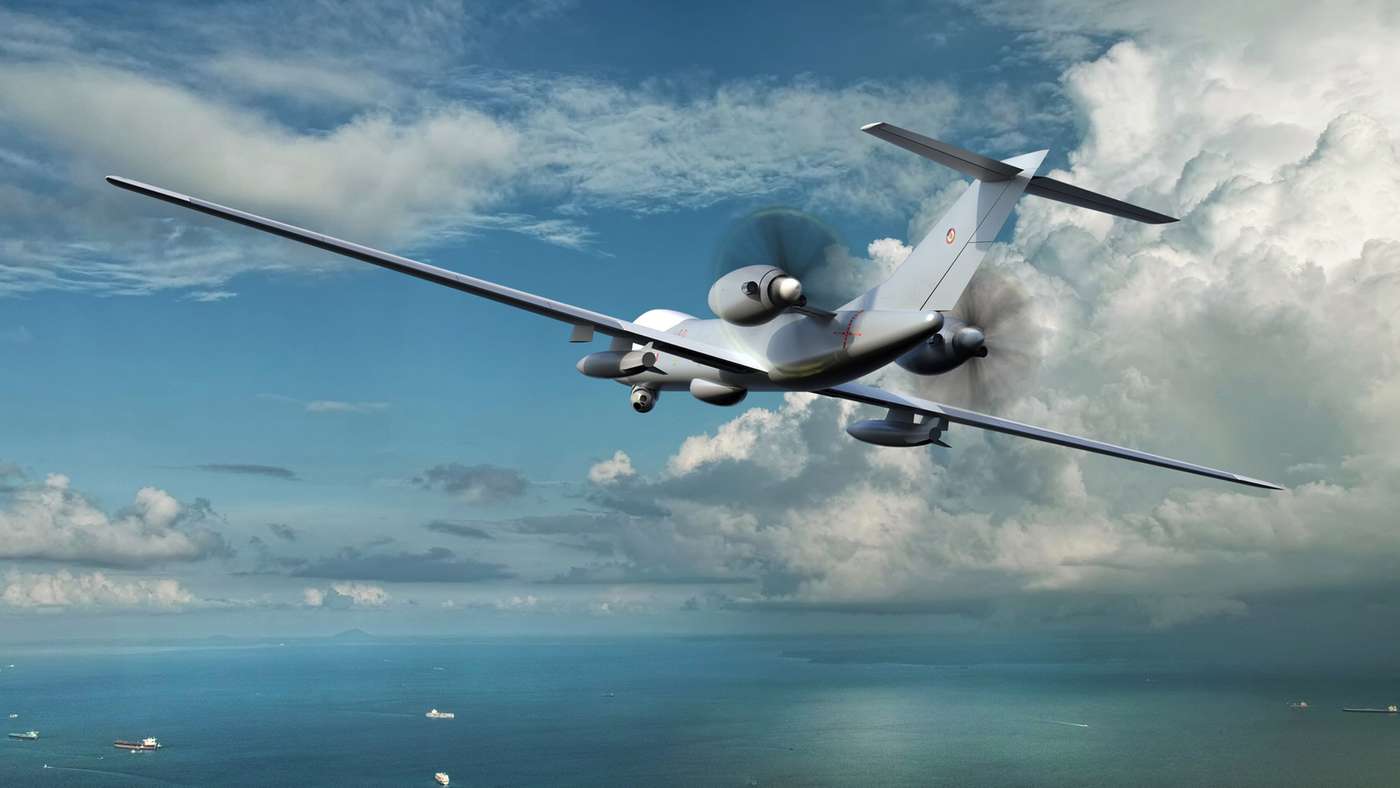 Paris – The German parliament approved on April 14 a proposed contract for work on a European medium-altitude, long-endurance drone, clearing the way for a contract to be signed in the coming weeks, Dirk Hoke, chief executive of Airbus Defence and Space, said.

“I am very glad the German Bundestag has approved today the Eurodrone contract,” he said in an Airbus DS video on social media.

“This is an important milestone towards a contract in the next weeks and it is even more important for the German and European defense industry.”

The German parliamentary budget committee had approved a €3 billion ($3.6 billion) budget for the proposed unmanned aerial vehicle, Reuters reported. That would cover 21 drones, 12 ground stations and four simulators, with delivery in 2030.

The Bundestag held a decisive position in the authorization process, and that approval clears the way for the partner nations to sign the contract for developing and building the UAV, intended to allow Europe to break the US and Israeli hold on that vital aeronautics sector.

“The UAV would ensure European autonomy in key capabilities,” Hoke said, and was part of a roadmap for a future combat air system and European defense strategy. “So, really glad to hear that good news and looking forward to that contract signature.”

The total budget for the four-nation program was previously around €7 billion, an industry source has previously said. That was after an initial offer worth almost €10 billion, business magazine Challenge has reported.

France had insisted on a price cut, leading to months of negotiations with Airbus. France, Germany, Italy and Spain are partner nations on the UAV, with Airbus as prime contractor.

Hoke was leaving Airbus DS on July 1, to be succeeded by Airbus chief operating officer Michael Schoellhorn, Airbus said in an April 12 statement.

Eric Trappier, chairman of the GIFAS French aerospace trade association, told a press conference the following day he was surprised by Hoke’s departure, and praised the German executive for helping reach agreement on a planned fighter jet, Reuters reported.

“It was difficult, but we found a balance,” Trappier said at the GIFAS press conference on the aerospace industry in 2020.

Hoke and Trappier succeeded this month to reach an industrial agreement on the new generation fighter, the key program in the European future combat system. Trappier is also chief executive of Dassault Aviation, lead contractor on the planned combat aircraft.

Under the pact, Dassault will be lead contractor on the fighter, while Airbus will take two thirds of industrial work share.

That industrial agreement must now be approved by the governments, which will require a green light from the powerful German parliamentary budget committee. Hoke has pointed up the tight deadline for approval by the Bundestag, as the parliament is due to be suspended over the summer ahead of the general election in September.

On the budget for the European UAV, the negotiations will have likely seen the amount change from month to month, under pressure from the defense and finance ministries, and the armed forces, the industry source said. Commitments can be made to win budget authorization and governments can later change orders, as seen on the A400M airlift program.

Hoke, who is also president of the BDLI German aerospace industry association, had wanted to leave Airbus earlier, but agreed to stay on to steer the defense and space unit through the pandemic last year, the source said.

“I warmly thank Dirk for his leadership at the helm of Defence and Space over the last five years and the achievements obtained under his watch,” Guillaume Faury, Airbus chief executive, said in the April 12 statement.

Editor’s Note: According to Airbus Defence and Space:

Eurodrone is the first unmanned aerial system designed for flight in non-segregated airspace. It will give Europe its own unparalleled competencies in the field of Unmanned Aerial Systems (UAS), offering advanced strategic performance capabilities. The characteristics will include mission modularity for Intelligence, Surveillance and Reconnaissance (ISR) missions, guaranteeing European sovereignty.

As a four-nation project, Eurodrone will strengthen European sovereignty by establishing and expanding an independent technological base in the field of unmanned aviation. The programme between Germany, France, Spain and Italy and under the management of the international armaments agency, OCCAR (Organisation Conjointe de Coopération en Matière d’Armement) promotes European cooperation in the field of security and defence and confirms the initiative to increasingly rely on multinational armament projects. Development, procurement and operation will be carried out jointly, which saves costs and increases efficiency.

Eurodrone is designed to become one of the main pillars of any future combat air system, prepared for real integration into civil airspace based on minimal restrictions and easy transportability due to its modular design. The design will offer multi-mission capabilities and significant growth potential, for homeland operations, Intelligence, Surveillance, Target Acquisition, and Reconnaissance (ISTAR) and armed ISTAR, which can be conducted with full operational sovereignty. The requirements and specifications have been negotiated and aligned between the end-users (Germany, Spain, France and Italy), the contracting authority (OCCAR), and participating industry partners (Dassault Aviation, Leonardo and Airbus Spain).

And in a comment posted by the head of the program at Airbus, Jana Rosenmann, after the German parliamentary vote:

“A decisive day for European sovereignty and cooperation. German Bundestag approval of Eurodrone paves the way towards contract signature. Thank you to the members of the German Parliament, the Ministry of Finance and Ministry of Defence for your trust in Airbus and our partners Dassault Aviation and Leonardo. Eurodrone will provide an indispensable capability to facilitate international conflict prevention and crisis management for the benefit of our European armed forces.”

And for the German Ministry of Defence webpage on the project:

Working a Way Ahead on European UAVs: The Perspective of Airbus Defence and Space

The Airbus Defence and Space Approach to UAVs

Unmanned Aerial Systems in Civil Airspace: Shaping a Way Ahead