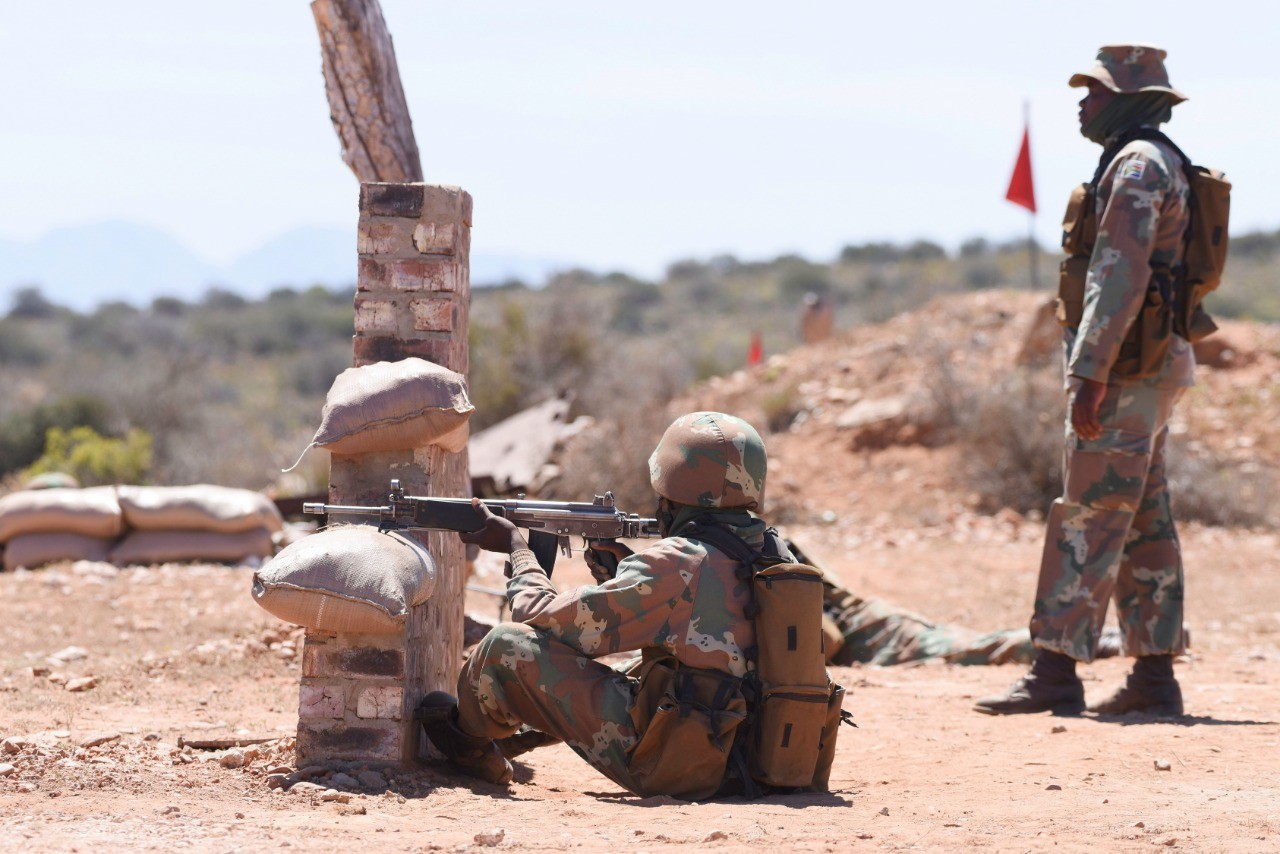 Democratic Alliance (DA) parliamentarian Nomsa Tarabella Marchesi was told Cuban expertise is now used in the SA Air Force (SAAF), SA Military Health Service (SAMHS) as well as the SA Army. The landward service was the first SANDF component to employ Cuban skills six years ago when mechanics and technicians from the Caribbean Island nation’s military arrived in South Africa to refurbish and repair Samil and similar vehicles, apparently because the national defence force was charged excessively by local companies for doing the work and there was insufficient in-house capacity. While doing refurbishing and repairs the Cubans would also mentor and provide mechanic-type training to SA Army technical personnel.

Additionally, Cubans are helping SAMHS with medical services during the ongoing COVID-19 pandemic as well as, on the other side of the coin, doing research, development, manufacturing and installation of combat driving and shooting simulators and automated shooting ranges.

Justifying the Cuban involvement in vehicle repairs, Mapisa-Nqakula said at Army Support Base (ASB) Western Cape, at the beginning of Project Thusano, vehicle serviceability was 35%. At present serviceability of vehicles at the Cape Town base is 84%.

Marchesi’s party colleague Kobus Marais, whose brief it is to keep a watch on defence and military veterans matters, was told by the Minister more than 11 000 vehicles were repaired by Cubans in the six years Project Thusano has been running.

Cost-wise Mapisa-Nqakula told him just over R9.5 million will be paid to Cuba this year for the contract. This is considerably down on spend of over R274 million in 2018, R252 million last year and R170 million plus in 2017. The Cubans on detached duty to the SANDF have VIP protectors whose accommodation and food costs for the six years to date of Thusano has been R2.6 million.

The Cuban contingent has, in addition to its numerous taskings across three services, also done skills transfer. This, according to the Ministerial reply, saw 1 386 SANDF personnel forming part of the project’s skills transfer component with 319 of them receiving “official qualifications” and 483 transferred back to and working at their original units.

While no details of units are provided by the Minister, she lists eight which received spares and are tasked with maintenance. They are the SANDF mobilisation centre in Bloemfontein; Gauteng regional workshop; 101 Field Workshop, Potchefstroom; 101 Field Workshop, Postmasburg; 35 Engineering Support Regiment, Springs; Army support bases in Kimberly and Cape Town and the Air Defence Artillery School in Ermelo according to her written reply.

This article was published by defenceWeb on July 14, 2021.