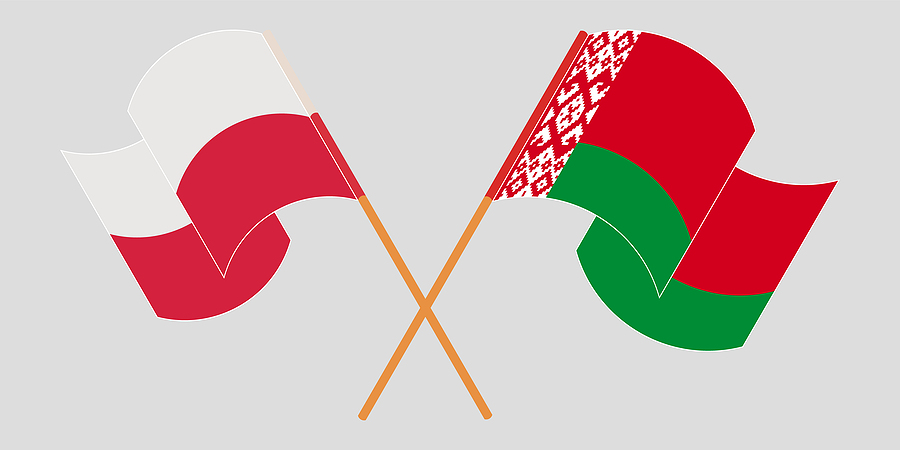 Militarisation of the migration crisis has become apparent, for a few weeks now.

Even though there is a lot of information available on the Polish means and assets involved, one cannot say the same thing about the Belorussian side.

We know that extra assets were deployed to the border to secure and finalize the Operation “Canal Lock” – to push the migrants through. Not only does the above refer to the State Border Guard, but also other services, subordinated to the Ministry of Internal Affairs, or even the MoD.

The observed Belorussian activities include:

All of the activities are covert. The troops and officers wear no ID badges. The activities are justified by the necessity to mirror the actions of the neighbouring, aggressive states, including Poland.

The whole narrative states that Poland and the Baltic States are responsible for the migration crisis, with the services being brutal against the migrants and with them carrying out non-humanitarian activities. The Belorussians accuse their neighbours of escalation, militarisation, and on-purpose provocations carried out at the border….

The new activity on the border has been worrying for Warsaw, with new units of the Belorussian services being present in the region.

The presence of military reinforcement on the Belorussian side was confirmed by the spokesman for the Minister responsible for coordinating the intelligence services,

Stanisław Żaryn. Żaryn also indicated as to why the situation is worrying and shall be monitored. “We see that there is an intent behind the situation created by the Lukashenko regime on the Polish-Belorussian border, there is some purpose behind the deployment of soldiers responsible for tasks different than border security.”

The spokesman, responding to questions regarding the kit carried by the Belorussian officers, said that no doubts emerge on those grounds.

More worrying was the presence of troops equipped with sniper rifles. “This is a thing that suggests that persons whose tasks differ from border protection are deployed there by the Lukashenko’s regime”, Żaryn said. The recent video published by the Polish Ministry of Defence shows that the border patrol on the Belorussian side is also armed with RPG-7 anti-tank weapons.

As that fact is not being hidden, it could be interpreted as a projection of power….

If no de-escalation happens, further militarisation of the border may be expected.

The Belorussian narrative claims that the border patrol protects the border, preventing potential provocations. Thus, any further deployments would be portrayed as a necessity, to counteract the aggressive steps taken by Poland and Lithuania. Cynic as he is, Lukashenko claimed that Poland is deploying Leopard MBTs in the region, to neutralize the migrants.

One should expect that further Belorussian reinforcements, including military presence, would be put into the narrative as a necessary step to counter-balance the excessive militarisation of the border on the Polish side.

It is difficult to predict the next stages of this scenario. One should not exclude further “soft” escalation, involving the presence of UAVs, helicopters, APCs, sniper teams, or “hard” escalation, with heavy armour and regular military presence.

In extreme cases one may expect Russian activities, with FSB being present in the region – not to mention the military, if things go south even further.

Marcin Gawęda  is Graduate of the Historical Institute of the Jagiellonian University, military historian, analyst, and expert on contemporary conflicts. Author of numerous articles in history-military, and military magazines. He wrote three books and three novels.

For the complete article from which these excerpts were extracted, please see the following: